Could We Call It Something Besides ‘Reinventing’?

Why is it that when women change, adapt or continue their career trajectory as they get older, they are said to be “reinventing” themselves? We don’t say this about men as they age.

Maybe we’re beginning to get to a place where we don’t draw this distinction between men and women.

A week before my 61st birthday, the New York Times ran this article by Jessica Bennett about older women in positions of power.

Bennett notes, in particular, the following women: Nancy Pelosi, Glenn Close, Susan Zirinsky of CBS, Christiane Amanpour, Representative Donna Shalala, Representative Maxine Waters, Gayle King and Katie Couric. These women are 60 or older – some of them are in their 70s and 80s.

Bennett writes, “It seems that older women, long invisible or shunted aside, are experiencing an unfamiliar sensation: power.

There are more women over 50 in this country today than at any other point in history, according to data from the United States Census Bureau. Those women are healthier, are working longer and have more income than previous generations.

That is creating modest but real progress in their visibility and stature.”

My January birthday coincides with the time of year that people are making resolutions, or rethinking their lives (or possibly trying to figure out how to hibernate until warm weather returns or the government shutdown ends).

As I face my 61st year (ouch) in an arguably selfie-obsessed, youth-oriented culture, I feel…well…indifferent? Fortunate? I know what I don’t feel: old. In fact, I feel pretty good. For example, last week, I got my third-place-in-my-age-group-in-the-Tulsa-Run trophy in the mail. It was my 25th Tulsa Run. I ran my first Tulsa Run when I was in college. Did I have a specific plan to keep doing it? Not really. I’m not trying to prove anything.  I just like running, so I’ve done it consistently now for over 40 years. (With that much practice, you would think I would be able to get FIRST in my age group. Maybe next year…) 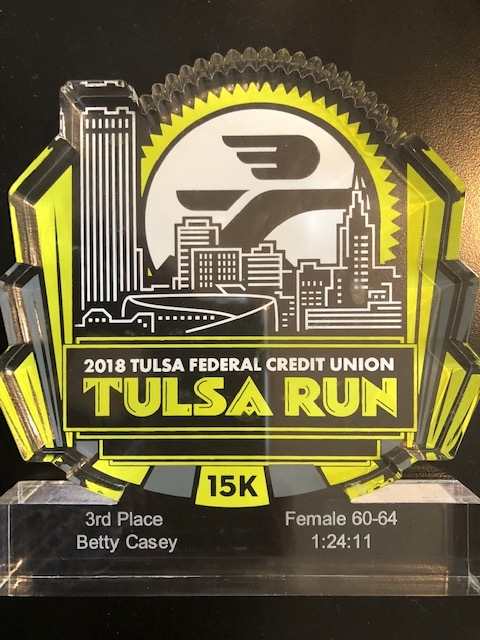 Of course, I don’t know any of the women mentioned in the NYT’s article, but I have many women friends that I admire who are as successful in their own lives as these more public figures.

And, if they are my age or older, they fought their way up through the ranks despite prejudices and sexism.

A friend who is my age does triathlons. Another friend is competitive on the tennis court. Both had to be on boys’ teams (swimming and tennis) in high school because it was pre-Title IX.

A couple of my friends have developed their own companies, not because they’re reinventing themselves, but because it’s a natural life and career progression for them.

I, personally, am doing more fiction writing, art and writing/illustrating children’s books. I’m not reinventing myself. I’m just continuing to do what I’ve done all my life, but I now have time to work on these projects (and meet my publisher’s deadlines).

Representative Donna Shalala credits the women’s movement for the current acceptance of older women in positions of power. According to the NYT article, “’What the women’s movement did was develop generations of strong women,’ said Representative Donna Shalala, Democrat of Florida, who became the oldest freshman in her House class when she took office a little over a month before her 78th birthday. ‘We had professional careers, we were achievers in our fields, and you’re seeing the result of that now. And we’re comfortable in our own skin, and we don’t put up with nonsense, and we have a sisterhood.'”

Speaking of sisterhood, most of my friends who are around my age are still working, and many started careers after being home full-time raising their children or working part-time for a few years. Having children is often the sticking point for women when it comes to pursuing a career.

Many women today, especially highly educated women, are delaying having children. A poll shows that, while women have more options, the larger problem is financial insecurity. In fact, 64 Percent said that the reason they’re having fewer children is that child care is too expensive. 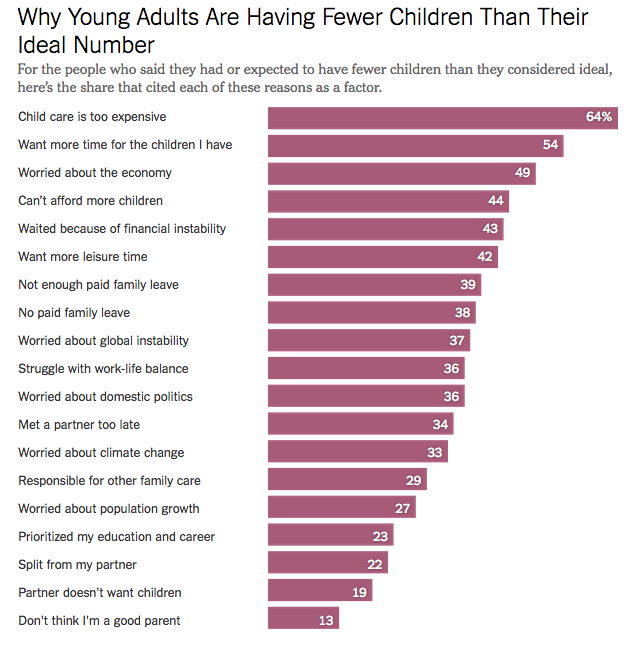 According to a Pew Research survey, dads are more involved in child care today than they were 50 years ago. Moms, however, still spend more time on child care and housework than dads, even though a majority of moms work.

So, now that more women are in positions of power, maybe they could work on getting free, or very low-cost, high quality, universal child care for working families. That’s one thing that could really move women forward.