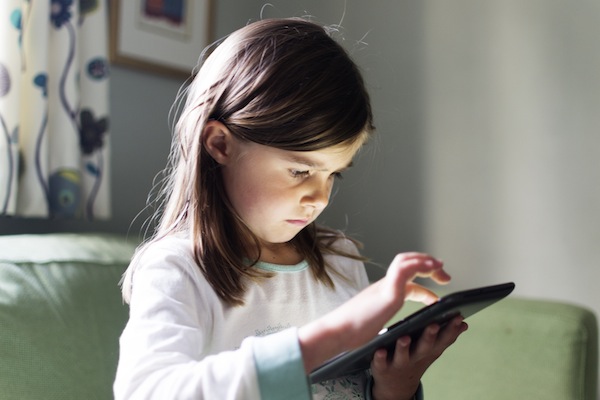 If I haven’t wished you Happy Birthday on Facebook or responded to your most recent cat video, don’t be hurt. And, I’ll certainly forgive any of you Facebook friends out there who don’t respond to my posts. I just don’t go to Facebook very often. And on weekends, I’m probably not responding to anything electronically except texts (mostly from my kids).

We all have to come to terms with technology and how we want to use it. Even the American Association of Pediatrics’ (AAP) recommendations on screen time are evolving. In 1999 the AAP suggested that children under 2 should have no exposure to electronic media. That may be changing. Two doctors will debate the pros and cons of touch screens at the AAP National Conference & Exhibition this month.

It appears that the AAP may be looking at taking a more practical stance on technology, especially in light of new developments and changes that have happened since 1999.

What’s a parent to do? As with most recommendations, studies and the general barrage of information that buries us on any given day, parents might do well to take a step back and, like me, decide what fits best with for you and your family. As with most tools, technology is not inherently good or bad – it’s how you use it that makes it so.

It also helps to understand a little bit about child development. If you and your 2-year-old are snuggling together in a chair and swiping through an e-book or doing a simple puzzle on a screen, the AAP would probably say that this is not harmful to your child and is probably a good use of time since you are engaging in positive child/parent interaction. While you are looking at the screen, you are probably talking, laughing, questioning and enjoying each other.

If, however, your 2-year-old child spends hours in front of a television screen, and then more time looking at cartoon videos on your phone and then more time watching singing monkeys on the computer, the AAP would probably recommend that you take that kid away from the screens and go outside and play or sit down and read a book together.

As a mom with adult children, I will say that my own desire to be “unplugged” probably influenced them. Who can say for sure? What I will say is that two out of three of my children do not have Facebook, and my daughters took themselves off Facebook when they were in college. Because they were busy with activities and homework, there wasn’t much time for TV, so I didn’t ever feel a need to create formal rules around TV viewing. They did not have a TV in their rooms. So, they don’t seem to have much of a TV habit now. None of them developed a habit of playing video games either.

Technology is a great thing, but it can also be a terrible thing. If it’s making you or your children anxious; if it’s eating into family time; if it’s becoming such a habit that your children are unable to take a break from it, or are sitting slack-jawed in front of a screen, you may want to consider making some changes at your house.

The one thing I do know is that children take their cues from their parents. Before you judge your kids, take a look at yourself. Are you instantly posting everything they say and do? Are you always in front of your computer? Are you checking email on your phone while your child is telling you about school?

And, if you have questions, the OU-Tulsa Seed Sower Lecture series is having a free presentation tonight called GROWING UP DIGITAL. It’s geared especially for parents with children ages zero through 8. This is a wonderful opportunity to hear an expert in the area of young children and technology. You’ll also have a chance to ask questions.