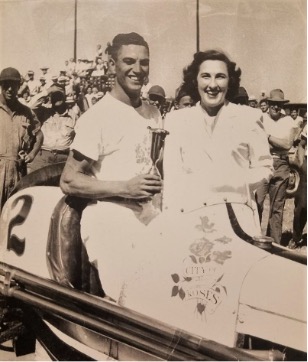 My mother in her more glamorous days before motherhood.

“I probably shouldn’t have had children,” my mother calmly mused one night at the family dinner table. Don’t worry about her words causing me childhood trauma; I was in my fifties at the time, and it didn’t shock me. She didn’t say it with anger, but almost matter-of-factly. If anything, perhaps there was a twinge of regret in her voice. Even though motherhood was not the course she should have taken, my mom stepped up to the plate and was a great mother, but I wonder if she often thought of the path not taken. The childfree choice would have allowed her freedoms and options that more closely aligned with her talents and interests. My mother got married in 1950, a time when it was assumed married women would become mothers.

The decision to be childfree faces opposition, and for some reason, many people think it’s their business to tell women who have decided to be childfree why they are making the wrong decision. Opposition to women choosing to be childfree is sometimes rooted in religious beliefs that the purpose of marriage is procreation. Deeply entrenched, maybe even subconscious, misogynistic views may also play a role. These are the responses my daughter and other women who have chosen to be childfree often hear.

My daughter is hearing that argument a little less now that she’s in her thirties, but it’s an offensive argument nonetheless. She’s a smart woman who has carefully weighed her options. She is perfectly capable of knowing her mind. It’s her prerogative to change it, but it’s also her right not to change her mind. When someone makes this statement to a woman who has decided not to have children, it sounds disrespectful and insulting.

You’ll regret it when you’re older.

Although it’s almost impossible to live a life without some level of regret, research shows most women don’t regret their choice not to have children. Thirty years ago, I interviewed a friend for a Tulsakids article who was deciding whether to have children. That friend chose the childfree life, and she has no serious regrets. It allowed her to pursue a career she was passionate about that would have been difficult with children, gave her financial security, and provided the lifestyle she and her husband preferred. As with most life decisions, when you choose one path, it often means you leave other choices behind.

Who will take care of you when you’re old?

The question of old-age care does concern some people who make the decision not to have children. However, just because a person has children is not a guarantee they will receive care in the twilight years. We live in a world where adult children will more likely live too far away to help. Some adult children may not want to help their elderly parents or be too busy with their careers and children. Having a child is not a promise of eldercare.

I propose that it’s much more selfish to have children if you are not one hundred percent committed to being a parent. I told my children that they shouldn’t have kids unless they wanted them so intensely they couldn’t imagine a life without children. It’s not desirable for anyone involved to fall into parenting without thinking through the level of sacrifice good parenting takes.

It’s unnatural for a woman not to want children.

And here we are with the sexism. Does anyone ever accuse a man of being “unmanly” for choosing not to have children? It’s unfair and inaccurate to say a woman must be a mother to be womanly. Men don’t face the same societal pressures to be a parent. There are many reasons women choose not to have children, and one reason is simply not feeling a desire to parent. Not having maternal or paternal instincts is perfectly fine. It’s good to acknowledge that feeling and not have children.

You will never know what “true love’ is unless you have children.

There are many different types of love. Although many of us, myself included, have a deep, unconditional love for our children and grandchildren, it isn’t fair to invalidate other people’s ability to experience love. The Greek language has six words for love  -agape, eros, philia, storge, philautia, and xenia. Maybe the English language is lacking in descriptive ways to describe love?

Of course, I would have been disappointed if I hadn’t had the opportunity to be a grandparent, but I would have kept my mouth shut. It’s not my adult children’s job to have children to fulfill my need to be a grandparent. Maybe it’s easy for me to say since one of my daughters did have children, but I hope I am mature enough not to place responsibility for my happiness at the feet of my children. Their lives are theirs, not mine.

The decision of whether to have children is a serious one, not one to be taken lightly. The decision to be childfree does not need to be justified or explained, not even to your mother. But just in case anyone is interested, I’m proud that both my daughters thoughtfully considered their options and made the decisions that were right for them. I have conflicting emotions about my mother’s lack of choices in the 1950s. I feel sad for her, while also feeling grateful to be alive. 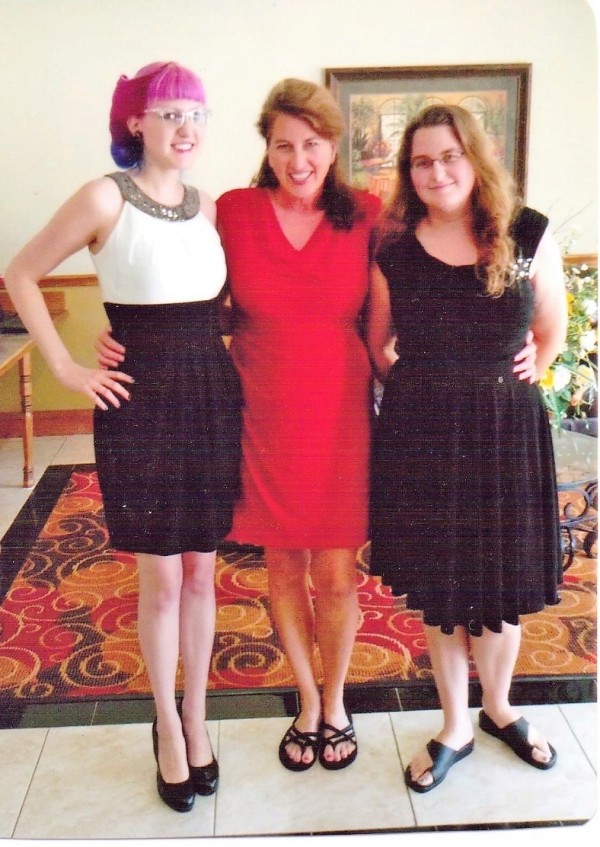 I’m proud of both my adult daughters for making the decisions that are right for them! 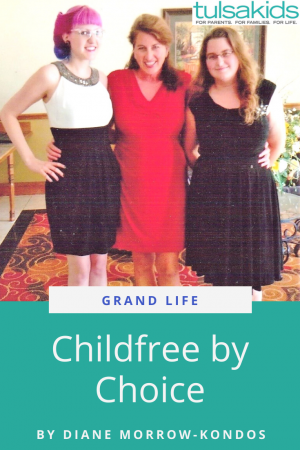