With only days away from Thanksgiving, I wanted to try to inspire you to think of a way to give back to the community. As you know, in almost all of my blogs, I include my most recent nonprofit event, and this week I will do the same. And, it includes a true rockstar dad, Bret Michaels.

On November 5, I drove from Tulsa to Miami, Oklahoma. I was very excited and quite nervous about the night that was about to unfold. Ever since August 20, I have been planning a partnership with the lead singer of the ’80s hair metal band, Poison.

I wrote about their concert at BOK Center in a previous blog. That was an awesome night. Not only because I unexpectedly was invited on stage to introduce the headlining band. Also, to be able to go backstage and meet up with a rockstar I’ve met many times and that I’ve become friends with is always a thrill, but it was all while my twin sister Lynda was in town!

I’ve said this many times to whoever will listen, I’ve met many rockstars over the 30 years I’ve been in radio, and one of my all-time favorites is Bret Michaels.

His band has sold over 50 million records worldwide and is notorious for being one of the cool ones. He has also had a very successful TV career with Rock of Love, Rock My RV, and he even won the very first Celebrity Apprentice!

While talking with Bret in his green room, backstage at BOK Center, I told him about my new podcast, Tulsa Rocks. He immediately blurted out that we need to partner together on a fundraiser. I got to work on it the very next day. I found out his solo band (Bret Michaels Band) was coming back to our area, Buffalo Run Casino, in three months, so the timing was perfect.

I purchased an acoustic guitar, arranged for a free hotel room, and also arranged for the highest bidder to go backstage to meet Bret Michaels for an autograph and a picture.

I was very excited for the concert, but since there was a highest bidder involved, all the puzzle pieces needed to fit, or it would have been a failed fundraiser. So, I was nervous, but it all worked!

Having done this many many times over the years, I have seen this kind of thing fall apart at the last minute. Things like the artist’s tour bus has a flat tire on the highway and can’t get to the venue in time for a meet and greet before the show, the winner of the contest gets way too drunk and ends up being an embarrassment to everyone involved, or something as simple as me losing the phone number of the winner and not being able to find them in time for the meet ‘n’ greet.

But it it all worked perfectly! The highest bidder, Cristy McCutchen, donated $1,000 for the guitar and to go backstage to meet Bret Michaels, plus the free hotel room in Miami, Oklahoma. The only glitch was that I thought the highest bidder was going to get a hotel room at the casino where Bret was performing, but it was in a separate hotel across the street. Not a big deal, and Cristy was not in the least put off by it.

My podcast, Tulsa Rocks, (and my twin sister Lynda) pitched in an additional $500, so we donated a total of $1500 to the Bret Michaels “Life Rocks” foundation. After presenting him with the check, he did not hesitate to graciously accept it, double the amount, and turn around and donate it back into the Tulsa community!

What a cool guy! 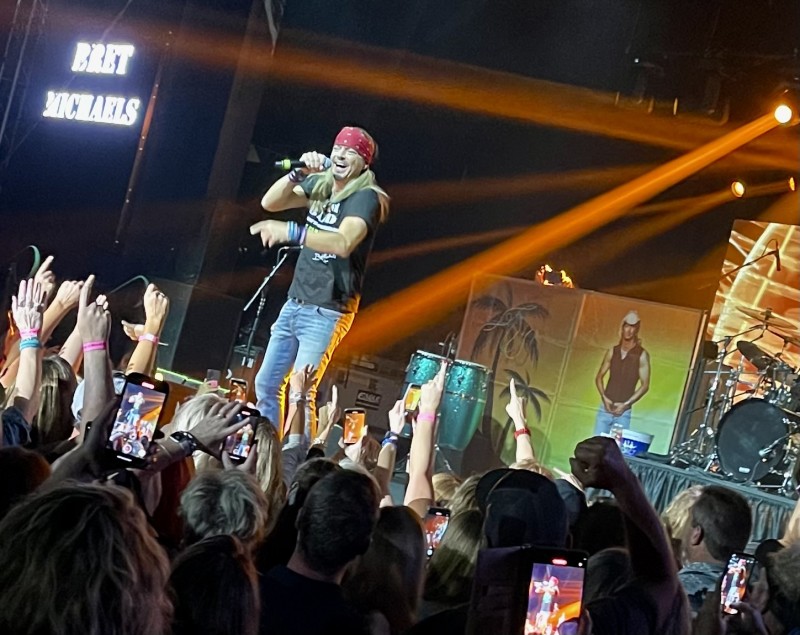 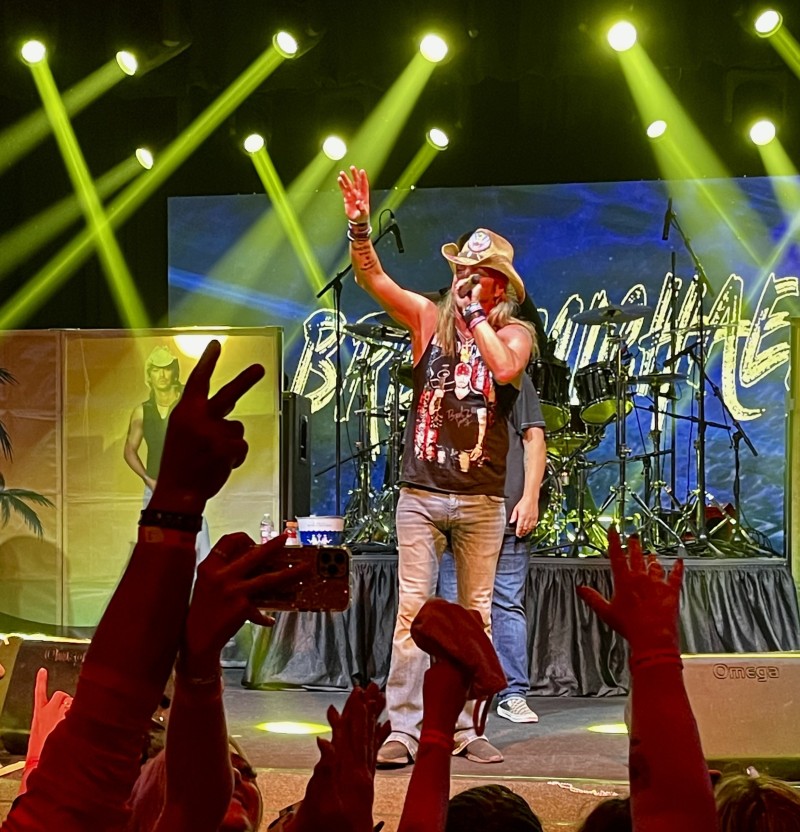 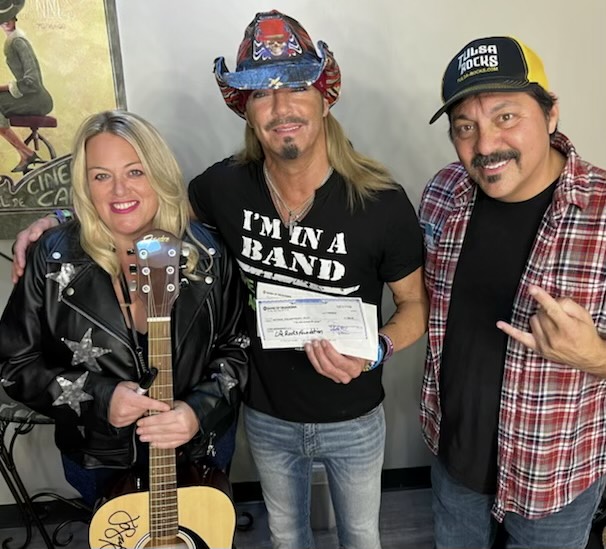 And Josey Scott of Saliva jumped on stage for a encore of Sweet Home Alabama! 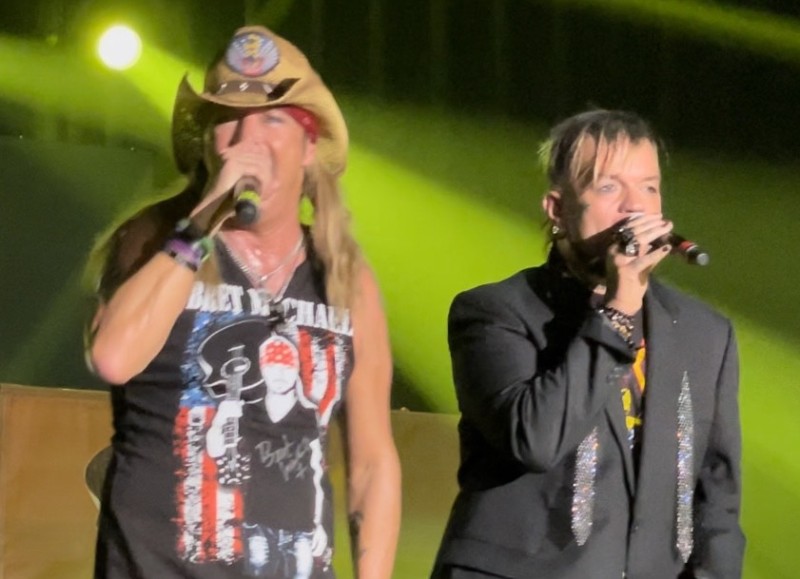 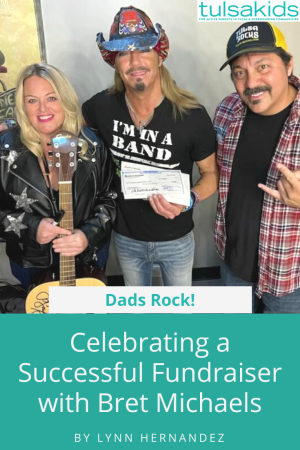