Some parents are taking an “if you can’t beat ‘em, join ‘em” approach to their children’s interest in video gaming, incorporating video games into the “Family Game Night.” Playing video games with your children might help you understand the appeal of gaming as well as give you an opportunity to actively support your child’s interest. In moderation, video games can be a means of bringing a family closer together, fostering communication and mutual encouragement.

A good game to begin with might be Minecraft. With more than 91 million monthly players, Minecraft remains one of the most popular games today. Minecraft encourages creative exploration and world-building, making it a far more palatable game to parents than a first-person shooter. Plus, some say, Minecraft offers educational benefits. 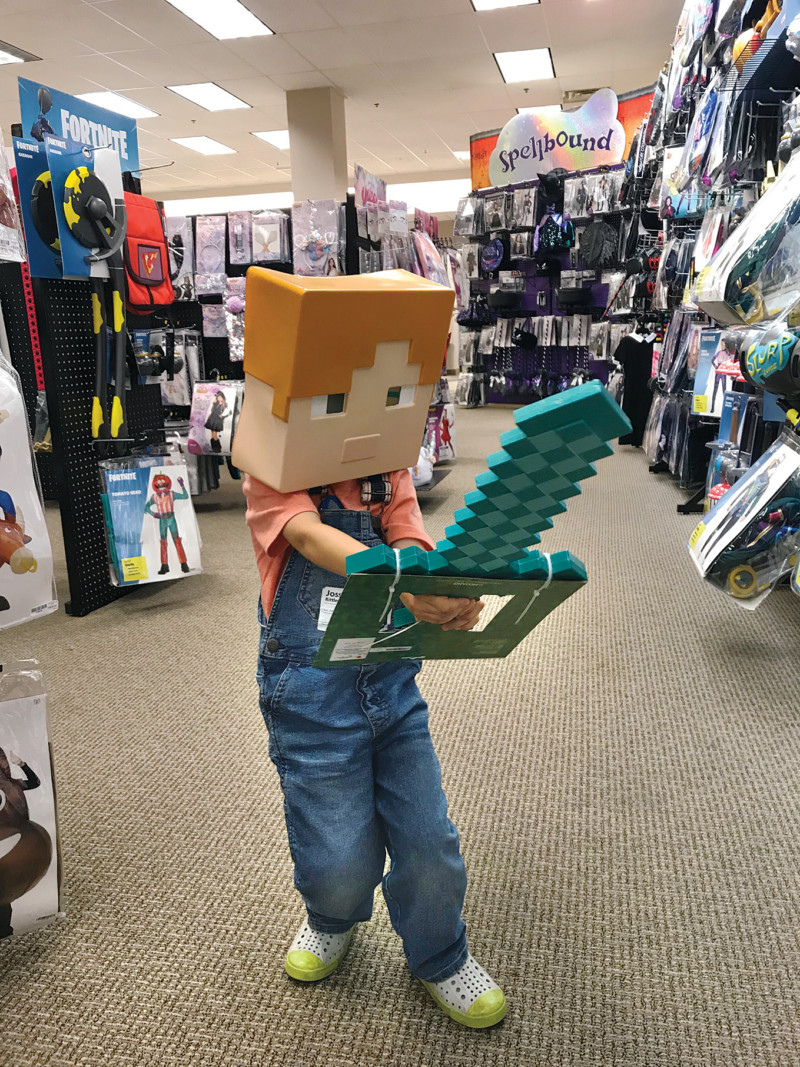 Arthur Greeno, a founding member and fundraising chair of Tulsa Pop! Kids and Tulsa Pop Culture Expo, reminds parents that it’s all about balance. “Some of our job as parents is to not only teach the kids, but engage them in different things. Literacy is so important. Creativity and problem solving are just as important. Too much reading can hinder someone from social skills; too much gaming can as well.”

If you’re unfamiliar with Minecraft, the basic mechanics are that you harvest resources and use them to build structures, from simple shelters to elaborate ecosystems. There are five different game modes that determine how you and the game interact. Perhaps the most popular one for younger kids would be “Creative” mode, where players explore and build their world.

The Family That Games Together…

The American Academy of Pediatrics advises, “Co-view, co-play and co-engage with your children when they are using screens — it encourages social interactions, bonding, and learning…It is a good way to demonstrate good sportsmanship and gaming etiquette…Don’t just monitor children online, interact with them – you can understand what they are doing and be a part of it.”

Research done by Arizona State University professor Elisabeth Hayes and her colleagues found that playing video games together can facilitate conversation between parents and their children, rather than having games become a source of conflict — for example, if the parent feels the games are pulling the child away from family interaction.

Professor Hayes encourages parents take the opportunity for “teaching moments” when they play video games with their children. She points out “that many video games are meant to be shared and can teach young people about science, literacy and problem solving.”

Alicia Kobilnyk, a local mother of two, agrees. “We like gaming as a family because it provides good opportunities for dialogue…and because it’s fun to achieve things together.” The Kobilnyk family’s favorite games include Mario Cart and Breath of the Wild, a recent release from the Zelda franchise.

While Minecraft can be a multiplayer game, it’s not quite as straightforward as games like Mario Kart. According to TulsaKids blogger Kristi Roe Owen, their Xbox version has a split-screen option where up to four players can play at once, but it’s harder to see the screen and not quite as enjoyable.

Rather, she says, her family enjoys interacting via Minecraft by showing each other what they’ve built and allowing other family members to interact with the designer’s creation, or by setting creative challenges for one another. “My kids will be like, ‘We’re all going to build a Kawaii amusement park. Yours is over there, my part is over here, etc. And then they share them when they’re done,” Roe Owen says.

Movie nights can provide good bonding opportunities for families and provoke discussion; however, gaming together offers the additional benefit of working toward a common goal, of being each other’s cheerleaders and learning to work through conflict.

Roe Owen and her family enjoy playing Portal and BioShock together. She says, “There is…a level of empathy and communication going on. I can end up struggling and getting frustrated, and the kids will say, ‘Oh, Mom, you’re doing great’ and just being super encouraging.”

If your child is a fan of Minecraft, consider supplementing their game time with these activities: 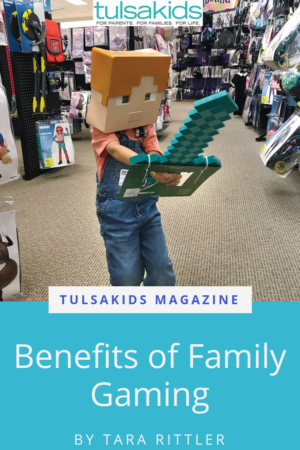