Before You Roll Your Eyes….

My middle child returned to school last year to get a Masters in Journalism from the University of Texas. When people ask about her, and I tell them what she’s doing, I get responses ranging from affirmations to the verbal equivalent of an eye-roll: a chuckle followed by “What’s she gonna do with that?” or “Good luck with that!”

Whatever she ends up doing as a journalist, I believe it may be one of the most important jobs of the century. The press historically has been the Fourth Estate, giving it equal importance in our country to the official three branches of government. Journalists are the  watchdogs that freely inform citizens in a democratic society. The press lets us know what is going on in the government so that we can vote accordingly, depending on whether or not we like what’s going on. In other words, the press makes government accountable to us.

I realize the press has gotten a lot of bad press lately, especially with the meteoric rise in technology. We now have a Twitter-in-Chief who bypasses journalists in a flurry of 45 characters. We can read blogs and sites that only affirm what we believe without ever having to take in to account viewpoints other than our own. 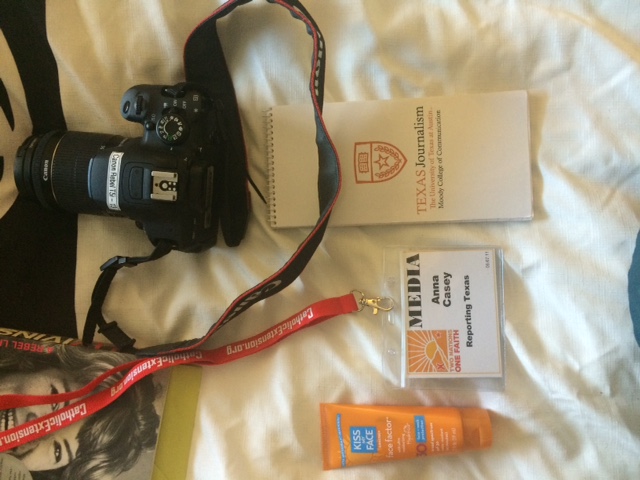 It isn’t the role of journalism to give people an endless stream of what they want, but to educate them about what they don’t know in well-researched, thoughtful ways.

The first amendment states, “Congress shall make no law…abridging the freedom of speech, or of the press.” President Trump, however, vowed in his campaign to undermine this freedom. He has said that he will “open up our libel laws so when [newspapers] write purposely negative stories…we can sue them and make lots of money.”

When he spoke at the CIA headquarters he said, “As you know, I have a running war with the media. They are among the most dishonest human beings on Earth.”

The irony is that most presidents don’t love the press because journalists are doing their jobs in gathering information and getting it out to the public, but President Trump wants to love the press – he loves any glowing stories about himself. Unfortunately, anything that he sees as negative is called a lie.

It isn’t the job of journalists to be public relations people for the president, or any public official for that matter. That would be the definition of Russia’s press. So, you can roll your eyes at my daughter’s choice of careers, but we need more like her, not less.