Be SMART: Ask About Unsecured Guns in Other Homes

Moms Demand Action for Gun Sense in America, a grassroots gun violence prevention organization, has a program called Be SMART, which was created to bring together all adults to reduce the number of unintentional shootings that occur when children get ahold of an unsecured firearm. My last column discussed the second part of the acronym, which stands for “model responsible behavior.”

The next topic we will talk about is the “A” in the Be SMART acronym, Ask about unsecured guns in other homes. There are approximately 4.6 million U.S. children living in a household with at least one loaded, unlocked gun. That’s why you need to ask about firearms in other homes your child visits.

As parents and caretakers, when we think about safety there are several things you need to ask about before allowing your child to go to a friend’s or another person’s home. Things like potential allergens, pets in the home, pools on the property, car seats for rides, who will be home for playdate/teen events, TV and screen time/electronics/video games and alcohol access. In the same vein, you also need to ask about guns. You should ask whether they own guns, and if they do, whether they are responsibly stored.

Asking about guns in the home should be as natural as asking about any other safety issue, but it can seem uncomfortable at first. Don’t be afraid. It’s not any different than asking if they have pets or how much screen time they allow. Try making it part of your general safety conversation. You might also try asking via email or text if you’re uncomfortable at first. Here’s an example text:

Johnny’s Mom: Johnny would like to have Tommy spend the night tomorrow. We can pick him up at 5 and take him to dinner with us if that’s ok.

Me: That would be great! He is super excited! Just a few questions – Tommy is allergic to cats, do you have any? Also, do you own guns? We have no cats and no guns, but we do have a big dog!

Johnny’s Mom: No worries at all…I understand being protective of your kiddos. No cats or guns here!

It may be awkward. It may feel like you’re being nosy or prying when you’re asking. But just realize that it’s not awkward. It’s just another way to keep your kids safe. 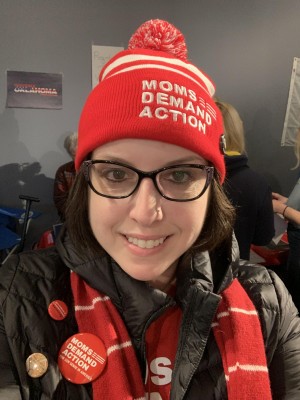