Banned Books – What Are Your Kids Reading?

I was very strict about what music my kids listened to, I was strict about what movies they watched, and I made sure the family computer was always somewhere I could occasionally glance over their shoulder. I probably erred on the side of being too strict and having too many rules. However, when it came to books, I let my kids read anything they wanted. That seems strange in the context of my other parenting strategies, but reading is different. I firmly believe that, barring graphic pornography or extremely violent content, kids should have the freedom to read whatever books they choose.

The recent banning by a Tennessee school board of the Pulitzer Prize-winning book “Maus” written by Art Spiegelman about his parents’ experiences during the Holocaust led to the graphic novel becoming a bestseller. The banning of this historically important graphic novel led me to wonder what books are on the banned and/or challenged lists and why? Do you allow your kids to read books on the lists? What are your kids reading?

I find the very idea of banning books a scary threat to our freedom. Who are the people we allow to decide what is acceptable for us to read? When I looked at the banned books list from 2018, the book that jumped out at me first and made me laugh was the Captain Underpants series. Several sources said Captain Underpants made the banned list because the main character is partially dressed, wearing only a cape and underpants, encourages disruptive behavior, and uses scatological humor. Have these people ever been around kids? Spend a day with my four-year-old grandson, and you’ll understand why this book appeals to the younger set. It’s funny and encourages young males to read, so I’m all for it!

Most of the books on the list of banned books were selected because of their LBGTQIA content, sexual references, rape and incest storylines, religious viewpoints, police brutality, and racism. You need to use common sense and know what your child can process and what is developmentally appropriate, but that’s common sense we use in all areas of parenting. While these may be challenging issues, they exist in the real world. Isn’t it better for our kids to be educated and prepared to become adults? Why are some books challenged and others with similar content aren’t?

When my daughter was twelve, we were on a long plane trip, and she had finished the book she had brought in her carry-on bag. The extra book I had with me was “White Oleander” (by Janet Fitch), which contained adult themes of abuse, sexuality, and violence. I knew my daughter was mature, and I decided to let her read it, giving her a warning that there were some tough subjects. She read it, and it opened up some great conversations for us.

After that experience, we began having our mother-daughter book club. We would read the same book and discuss any questions or issues she wanted to process. My daughter read some books other parents might have forbidden, but that provided an opportunity to discuss complex subjects such as racism, sexuality, and religion. I wanted my kids to develop critical thinking and decision-making skills and ask questions while they were still living at home and could seek my guidance. It’s more emotionally comfortable if our children mirror our opinions and belief system, but easy isn’t always the right choice. I didn’t want my kids to merely copycat my thoughts and ideas. I wanted them to develop their own core values and beliefs. Reading a wide range of books helped increase their knowledge and, more importantly, helped them imagine other people’s worlds and experiences. Reading opens minds to new ideas and perspectives.

The concept of children forming their own ideas is scary to some people. Fear is a major driving force behind banning books. People are scared of what they don’t understand or what doesn’t fall into their view of what’s acceptable. Of course, if you want to limit your reading to only what falls in your comfort zone, that’s your choice. However, our first amendment rights give us the freedom to make those decisions without imposed restrictions.

I made many mistakes as a parent. I regret being so strict about music, movies, church attendance, and curfews. Fortunately, my daughters are very secure in their knowledge of my unconditional love. They know every parenting decision I made was from a place of love and concern. When I think about my decision to allow them to read whatever they wanted, I feel no regrets. If my kids were still teenagers, I would encourage them to look at the banned list and read them all to see what the fuss is about! Click here to see the American Library Association’s Office for Intellectual Freedom’s top one hundred most challenged or banned books from 2010 to 2019. 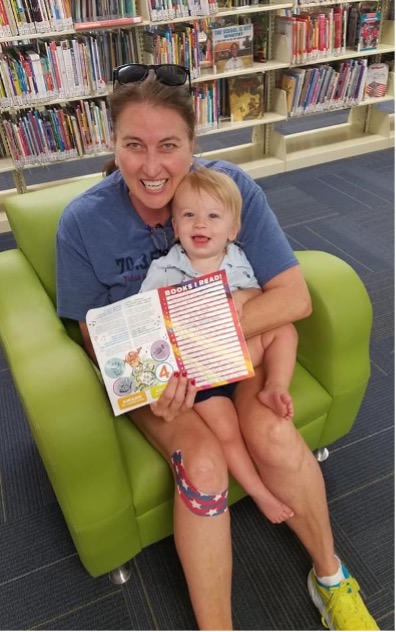 A child who reads will be an adult who thinks. – Unknown 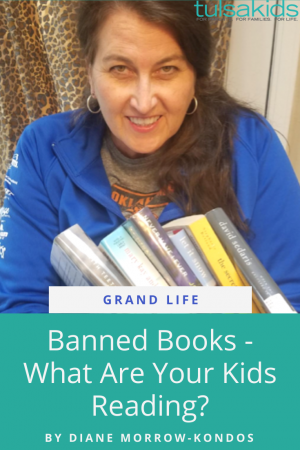