Back to School: The Hardest Decision We Barely Made

Like many parents in Tulsa, we recently found ourselves faced with a decision we didn’t want to make. On February 19th, we received an email stating that our school district would be returning to in-person learning in just four days after the weekend ended. 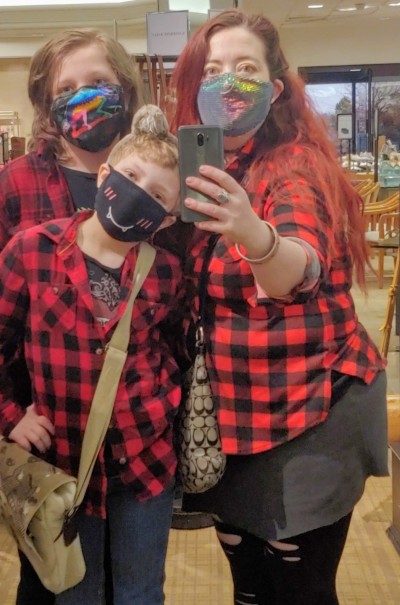 Although the information stated that there would be additional opportunities to change our child’s learning mode at a later date, we were concerned about the short time frame given to make the decision and the uncertainty of future return dates. Although we have stated emphatically that we would not feel comfortable with our kids returning to school until community spread is out of the red zone, our concern about moving our kids even further away from where their classmates are at was also pressing.

Given all of these factors, we sat down together and discussed all of the facts on the table. What we arrived at was a jumbled mess and a decision we certainly didn’t feel comfortable making. Here are some of the highlights from that conversation:

Because we’re a family that believes children should be treated with respect and held to a high standard of accountability, we next allowed the kids to participate in the discussion with the caveat that the final decision would rest with their parents.

Arthur was easy because he is enrolled in Virtual Academy and involved in online clubs, so his school wouldn’t be changing. With his place still reserved at Central next year, he assured us he was comfortable finishing out the last of his schoolwork online and then picking up in-person next year.

Lucy immediately stated she understood the seriousness of using precautionary measures and that she felt confident she could return to school while keeping her distance when possible, always wearing a mask, and washing hands frequently. She advocated that she would learn better in a classroom setting and needed to be learning with people her own age. 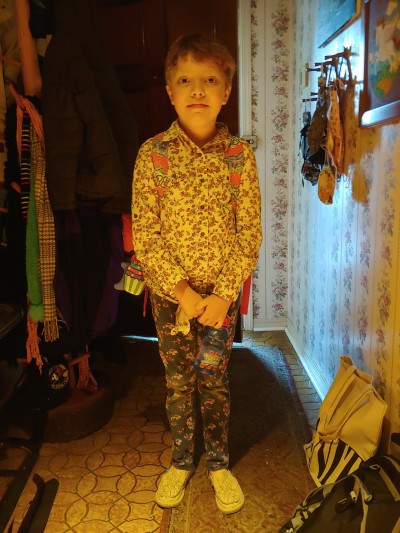 Based on Lucy’s behavior on shopping trips and other trips outside of our home, we concurred that she could be trusted to follow these guidelines.

Noah, on the other hand, adamantly stated that he did not believe the risk was worth the benefits of returning at this point. He argued that he did not feel comfortable at all as most people his age do not respect classroom rules pre-COVID-19, and that he did not trust others to respect mask-wearing and social distancing measures. Further, he would have to ride a bus for a long period each day with students who might not be able to wear a mask correctly due to different abilities. 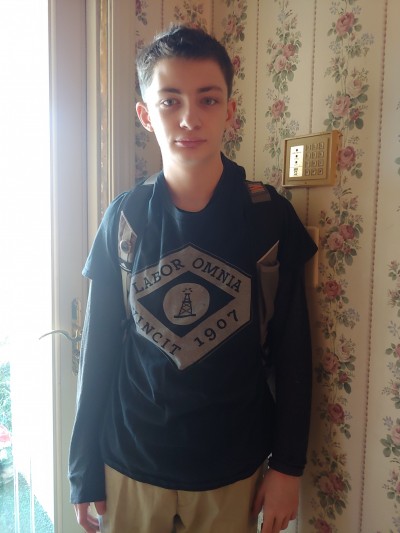 As we were weighing all of these considerations, the clock was ticking down to 11:59 p.m. It was an impossible decision and not enough time to make it, and in the end, we may as well have flipped a coin.

“What about the threat level in our area?” Justin asked.

“Well, we can always pull them out again if things look sketchy,” I replied.

And that was it. In the end, it came down to having very little time to decide and just being too worn down with conflicting information to even feel like there was a right decision to make in any of it. So we did what our family always does and trusted each other before the world.

As we rushed to pick up back-to-school items like a “more mature” backpack for Lucy and a new binder, we knew would be trading worry for worry. But in the end, we hoped Noah and Lucy could handle the responsibility of minimizing risk and we hoped we will be closer to herd immunity by the week at this point.

The phrase “magical thinking” has been gnawing at the back of my mind ever since.

And then on Tuesday of last week, we found ourselves taking the back-to-school photos we didn’t take in August. And after two-thirds of the kids had headed off to school, I was left with a quiet workspace for the first time in a year.

Do we feel good about sending the kids to school right now? No. And also yes. Like everything since this awful pandemic started, we’re just managing the best we can with what we have in front of us and hoping for something better down the road.

On Friday afternoon, Lucy bounced in after school holding a stack of drawings her friends had made her. “This is from the guy who sits behind me in class. He’s really great. And this is from April. She can breakdance and she’s literally amazing. Oh, and this one is from my best friend Scarlet’s sister.”

“Why did they give you drawings?”

Lucy beamed, “I don’t know. I drew some people a few things and this just kind of happened.”

Poor Noah dragged in at close to 6 p.m. since his bus doesn’t leave the school until school ends at 4:57 pm. “Mom, “ he sighed. “These people seem to think social distancing signs mean to do the opposite.” 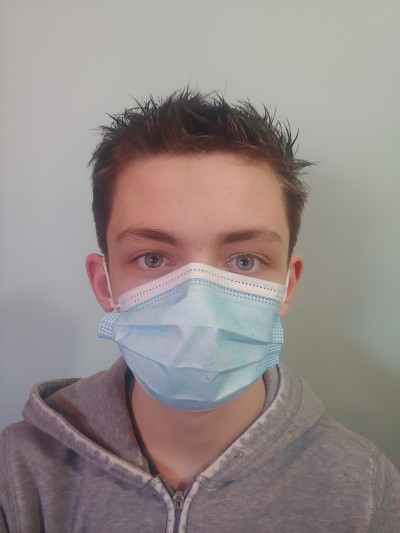 This morning as he was getting on his bus, I noticed he had two masks in hand. “I think you have an extra mask there,” I told him. He grinned grimly, holding them up to indicate he knew exactly what he had. “No…No I don’t, Mom.”

In a year where everything seems hazy and thick like a fever dream, we’re all just doing what we can to make it. And like the rest of the world, we hope we’re making the right decisions, even if we’re basically on autopilot at this point. 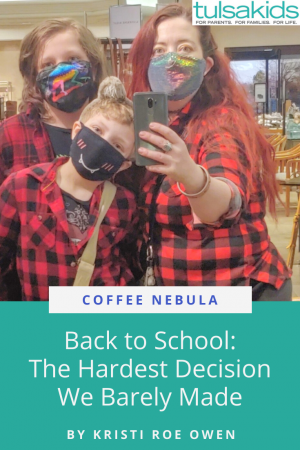