A Fistful of Paintings at the National Cowboy Museum

As I sit in my living room surrounded by stacks of uniforms and school supplies, I am reminded that summer is quickly drawing to a close. With only two weeks left to go before my kids start up at a new school, it’s hard to believe our long days of spending time together are to be put on hold for nine more months.

The end of summer is a double-edged sword for us, as I’m sure it is for many families. We love spending time with our children every day, but it’s hard to manage kids and the responsibility of clocking into work each morning. 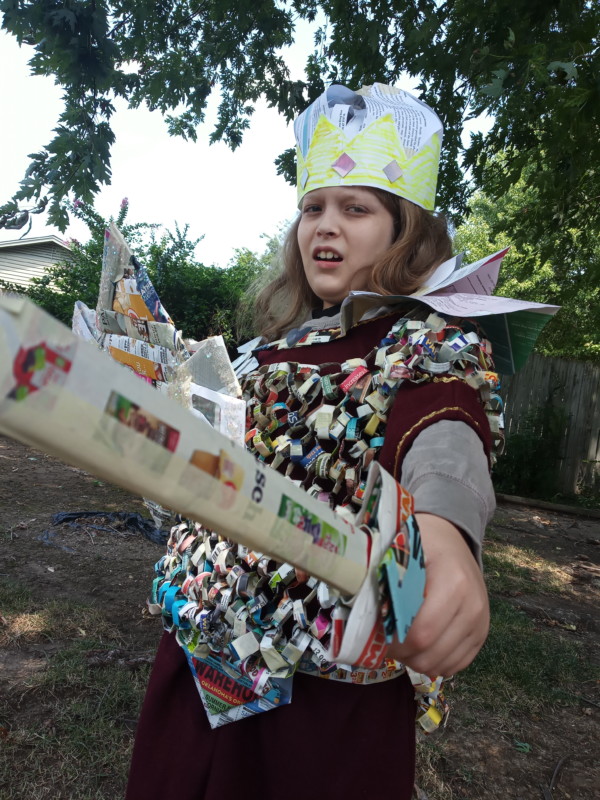 Unfortunately, the daily grind has kept us from spending as much time as we wanted to with the kids this summer. But we did manage to check out the National Cowboy Museum last weekend.

Here are five big takeaways from our trip through the cowboy museum:

1. We got some good insight into Native American history.

My husband and two of our children are Cherokee, but our kids don’t know much about what that heritage means outside of what we’ve been able to learn and teach them ourselves.

In the Robert T. Stuart Native American Gallery, they were able to see and interact with beautiful artisan works from different tribes and learn about how some of the tribes lived. But it was the volunteer we met in that gallery while standing in front of the map of tribes before colonization that truly enriched the experience.

He spoke to us at length about the history of the tribes and the role of the American government in their forced removal. He offered a wealth of information about the interactions between tribes and specific stories and the histories of people in this region. Arthur was especially interested in what he had to say. It’s one thing to hear facts and figures but another to hear events brought to life by a truly engaged storyteller.

2. There is a ton of incredible fashion in the museum.

Textiles and clothing are always my favorite part of any museum. It’s why I love a good period piece. It seems like the clothing of yesterday was so rich and detailed. Before mass production, people had fewer items in their closets and wore them longer, and each piece was its own work of art. 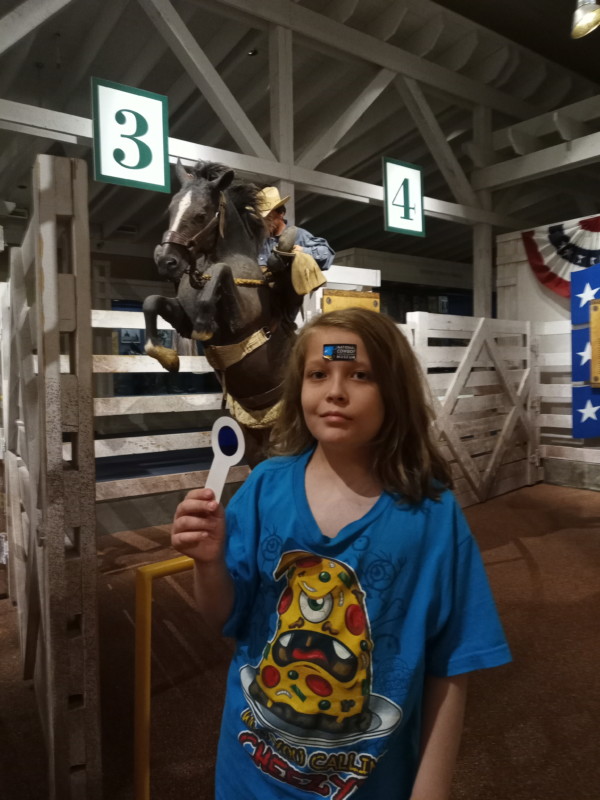 The museum is brimming with reproductions of clothes from cinematic cowboys, soldier’s uniforms, prairie dresses, chaps, and boots. We spent a good deal of time talking about how well a bison coat would protect you against the elements and considering the role of clothing in survival. A good pair of boots on the frontier could very well mean the difference between life and death.

3. Life on the frontier was rough but at least there was coffee.

One of our favorite sights in the museum was the cowboy bunkhouse. The simple feather mattresses looked like backbreakers, and it’s hard to imagine crawling into one after a tough day of rustling cattle. But the sunsets were magnificent, and they brewed coffee by the gallons.

Of all the things we saw in the museum, the most captivating for my tweens was the Prix de West invitational, which ended last week. This extensive display of contemporary Western art felt like stepping through the cupboard into Narnia. Arthur was most enchanted by the photorealistic pieces. He would stand as near as possible without getting too close and sigh breathlessly at the detail. 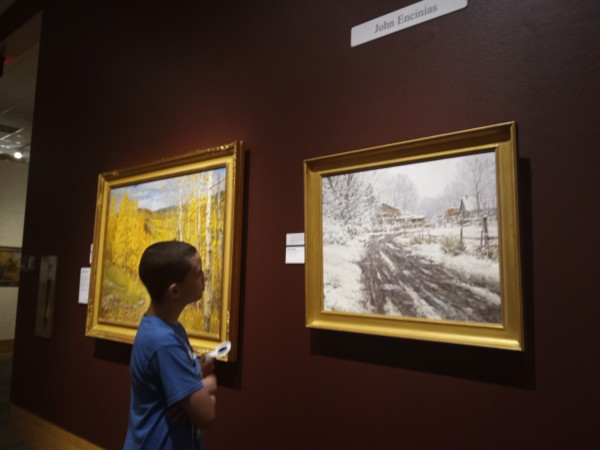 Noah was taken in by more impressionistic paintings, remarking how strange it was to feel the effect of water or flora without actually seeing it realistically painted. Lucy was drawn in by the animals, and there were many. For me, it was color. From soft pastel palettes to vibrant singing blues, each artist brought his or her own unique vision of the west, and each told a different piece of the story like an anthology filled with many tales.

It turns out, Barb isn’t in the Upside Down. She’s in the Jack and Phoebe Cook American Cowboy Gallery. 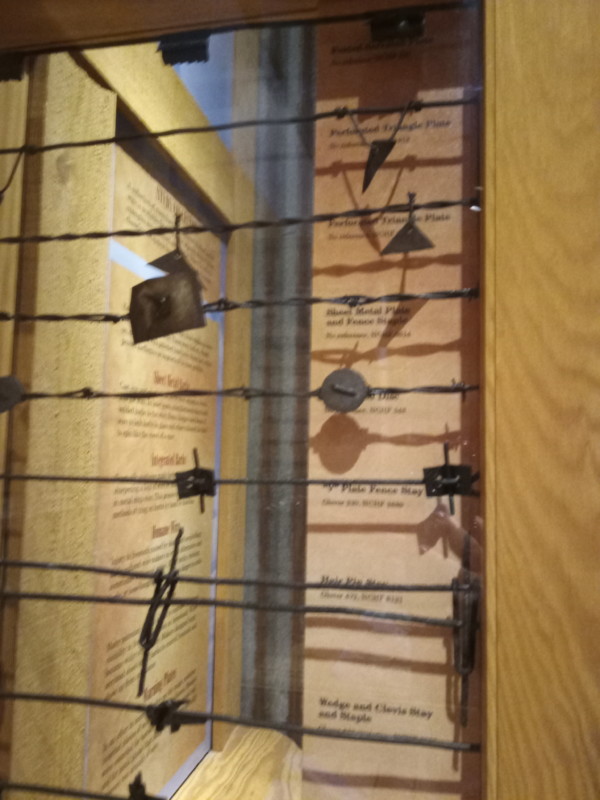 But seriously. Before visiting this museum, we thought there were two, maybe three types of barbed wire in the universe. As it turns out, there are dozens of kinds of barbed wire. The museum also houses a collection of cattle brands, plenty of spurs, saddles, and chaps.

Taking Kids to the Museum

Although we didn’t get to experience it, the museum has a really cool replica of a frontier town called Prosperity Junction. It’s currently closed for construction but will reopen in October. There’s also a real stagecoach you can actually sit in that is surprisingly comfortable. The Cowboy Museum is a great day trip outing and doesn’t require a full day, so if you visit you’ll have time to stop by Pop’s in Arcadia on the way back into Tulsa and load up on sugar. 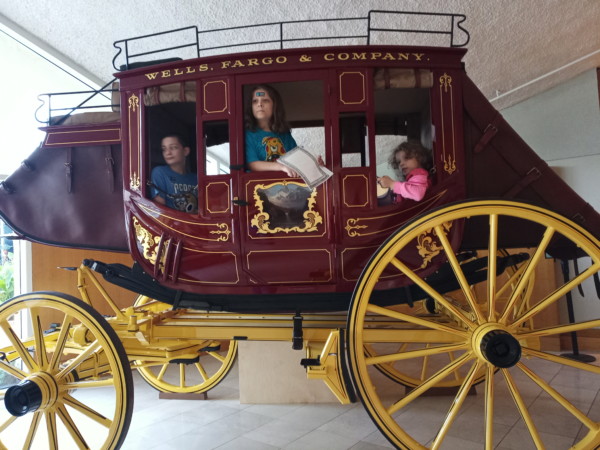 What did you guys do this week? Leave me a comment below and have a beautiful week. 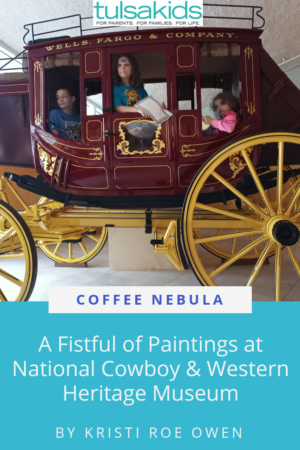