A local group aims to spread joy and positivity through painted rocks.

A nationwide project to spread positivity has its roots in the unexpectedly colorful—painted rocks—and a quickly growing Tulsa Facebook group has joined in. Although the original movement is called The Kindness Rock Project, the Tulsa group is known as 918 Rocks! and operates independently, however, their goal is the same: spread joy and positivity.

The concept is simple. Anyone can paint a rock with whatever they like, however they like, and then the rock is left somewhere it can be found, such as a stop sign, park or parking lot, potentially brightening someone’s day upon discovery.

Creators of the group, Kimberly Politte and her mother Patricia Politte, came up with the idea of starting a Tulsa rock-painting group after Kimberly’s son was diagnosed with retinolblastoma when he was younger and received care at St. Jude’s Children Research Hospital. The hospital had colorful rocks decorating its halls and it made her son happy to spot them throughout his stay, Politte said. 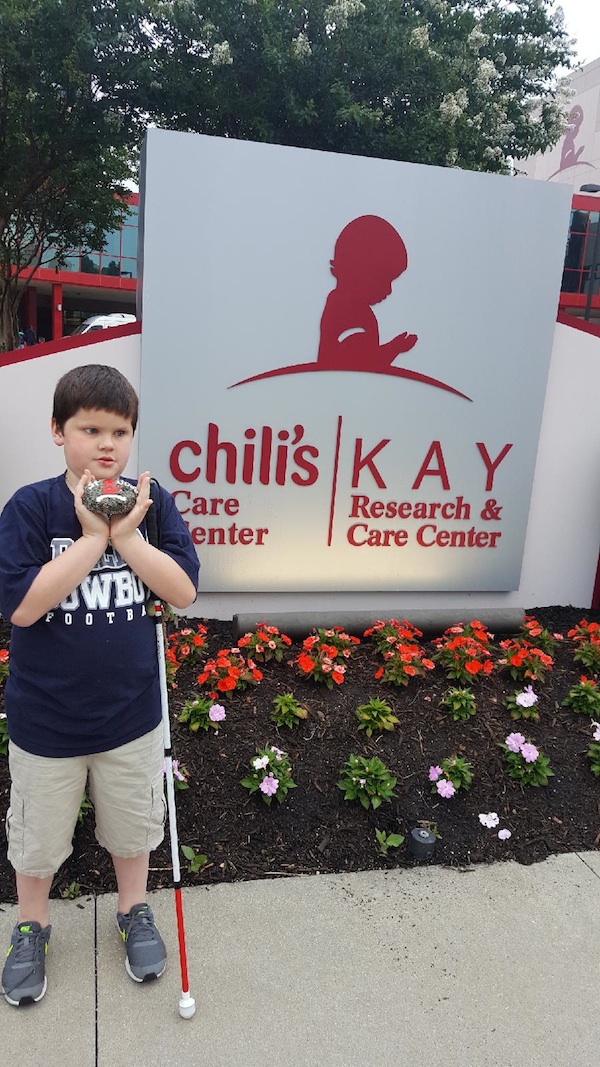 He ended up losing his sight and eventually had both eyes removed; however, he has been cancer-free for six years now.

“It was a hard struggle to get through, but we always said that we were going to make something positive out of this,” she said.

After observing a painted rock Facebook group in Memphis, she and her mother eventually decided to bring the project here. Since it was started last September, it has grown to 25,902 members, making it one of the largest in the country.  The rapid growth has astounded Politte, but one of the reasons why she thinks it’s attracted so many members is that painting rocks is easy and inexpensive.

“A lot of people have that stuff just laying around and they don’t realize that there’s something that they can get involved with in their community that doesn’t cost that much,” Politte said.

It’s also a great way to get the whole family involved. Member Dara Steele loves to pass the time painting rocks with her five kids, husband and mother because it brings everyone together and is a fun project, she said.

Members can take pictures of colored rocks they’ve found in the area for someone to claim and they can either move it somewhere else or keep it. Part of the fun is seeing the rocks travel across the country and hiding them in new places.

At the core of it all, though, is to spread joy and positivity through these random acts of kindness.

“There’s so much negative in what we see anymore and this is one little positive that we can bring to people,” Politte said. “I hope that it continues to be something that people enjoy, that brings families together and brings communities together.”