7 Tween Geek-Recommended Shows to Check Out

These days, many of my same-age friends have kids who are grown, and more and more, some of the folks I grew up with are even introducing the world to their new grandchildren. I imagine this stage of life feels super surreal under any circumstances, but as the mom of a third-grader who only last year and with much coercion stopped begging to sleep in our room, it’s very trippy.

Of course, few things in life compare to the pure joy of cuddling with your little ones, knowing that they think the world of you. But if I’m being completely honest, I was always impatient to find out who they were going to be. As babies, the kids were like blank templates waiting to be filled out. As they get older, that information starts to fill in faster and faster until they’re writing in the margins and on the back of the page.

That’s the part of parenting I have loved the absolute most.

One of the purest pleasures of parenting is introducing your kids to everything you think is cool in the universe. If you’re an OU fan, you can’t wait to deck your kid out in Boomer Sooner gear and get all hyped about the game. By the time they’re eight years old, you’ve gone from being a fan to suddenly you’re an OU household, or in our case, a Star Trek household.

You introduce your kid to the music you love, the shows you dig, and you get excited when you realize that they have picked up some of your interests.

And then the day comes when the tables turn and your kid is introducing you to new things. It seems like these days, my tweens are introducing me to new things so fast I can barely keep up. This post is dedicated to some of the coolest things my kids have either introduced me to or led me to in some way.

If you and/or your older tweens or teens love geeky, trippy, sci-fantasy types of entertainment, there’s a good chance you’ll get some joy out of this list. Here are a few of my favorites so you can check them out, with a fair warning that some items are PG or PG-13:

If you like sci-fi and weird, quirky things, prepare to meet your new fandom. Night Vale is, put simply, the town where every conspiracy theory is true. Interesting, engaging characters like Cecil Gershwin Palmer, who Arthur recently cosplayed for Tulsa Pop Culture Expo, live in a surreal world where sentient colors, clouds, and lights abound, pizza is compulsory, and strange, hooded figures lurk in the dog park. 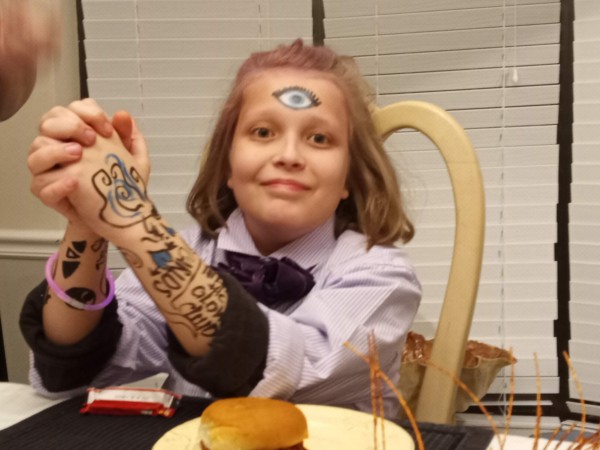 My kids love cerebral and strange fare, and Dad fits the bill perfectly. Watch these YouTube videos in order as Dad works through his feelings and reveals a larger mystery at play.

Autodale is a black-and-white series of cartoon PSAs set in a dystopian world. If you like killer robots and retro vibes, you’ll like this channel.

What you’ll see when you click on the channel looks like a pop artist’s page. But don’t let that fool you. As this NPR podcast explores, Poppy’s videos share a complex story arc filled with symbolism and criticism of the commodification of artists.

I love that Arthur introduced me, his English educator mom, to this channel dedicated to pop culture lit analysis. YouTuber Matpat digs for deeper meaning and explores subtext and fan theories in films, movies, YouTube channels, and more. The sister channel Game Theory does the same for games.

This colorful, optimistic Cartoon Network series boasts a hundred percent Tomatometer rating and is full of rich worldbuilding, important lessons, and interesting characters. The story follows Steven and his life in a world where magical aliens called Crystal Gems protect the human race.

I love it for the way it uses stunning animation and actually enjoyable musical score to underline complex takes on love, relationships, redemption, and personal growth. It’s also worth mentioning the animation’s prominent but also nuanced portrayal of LGTBQ and gender issues.

We had the good fortune to meet Zach Callison, who voices Steven, last year at Tulsa Pop Culture Expo. Here’s a pic. 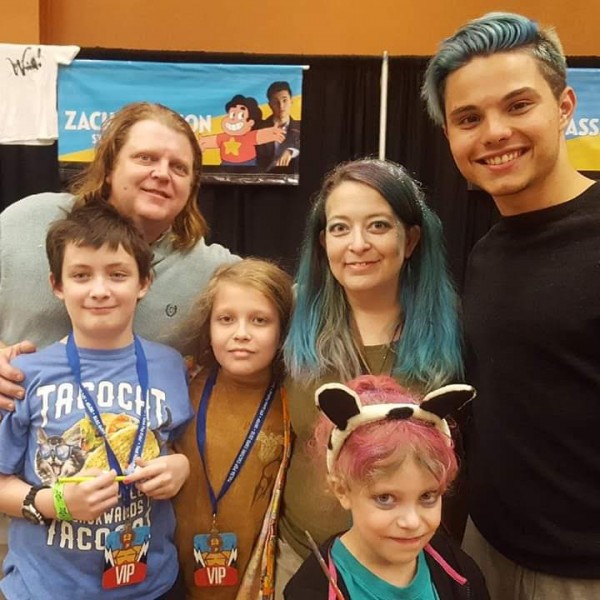 Technically, I introduced Arthur to this, but I did it because he was a precocious child and had no interest in watching any of the age-recommended cartoons when he was little. I wanted to find something we would both like, and we ended up becoming instant fans of this anime.

The story follows Kirito, a gamer who tries out a new VR game before its rollout only to learn the game’s logout feature has been removed and anyone who leaves the game or dies in-game will die IRL. The series, based on a popular manga, bears a lot of parallels to the social media realities we create and raises some important questions about what constitutes reality in the digital era. After watching the first season, Arthur later introduced me to the sequel stories. You can check it out on Hulu or Netflix.

Have your kids introduced you to any cool music or pop culture? I’d love to get their recommendations.

Comment below, and as always, thanks for reading, and have a beautiful week! 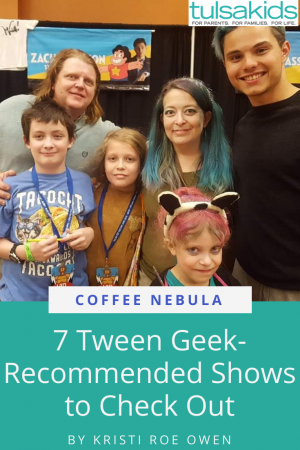