Universal themes of popularity and insecurity resonate with audiences of 'WICKED', returning to Tulsa Sept. 2018. 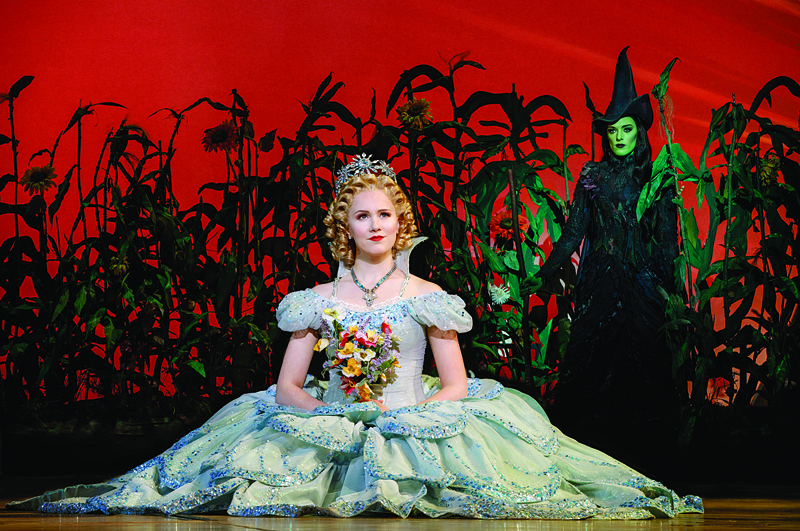 Nearly 15 years after its 2003 premiere, the Broadway musical Wicked is still working its magic on audiences. And why does it work? Beyond the music and the enchanting sets, the show’s themes of popularity and insecurity resonate with everyone. Who hasn’t felt successful, yet secretly insecure, like Galinda the Good, or felt like an imposter or outsider like green-skinned Elphaba the Not-So-Bad?

A prequel to The Wizard of Oz, Wicked is told from the perspective of the two witches, Galinda and Elphaba, and is based on the novel by Gregory Maguire with music and lyrics by Stephen Schwartz. Wicked reveals how Galinda, who becomes Glinda the Good, and Elphaba, who becomes the Wicked Witch of the West, began as young rivals yet grew to become friends. Wicked will be making its second run in Tulsa in September at the Tulsa Performing Arts Center.

Ginna Claire Mason, who has been playing Galinda for 16 months, says that her off-stage friendship with actress Mary Kate Morrissey (Elphaba) brings warmth to their on-stage friendship.

Both characters are on stage for most of the show, so the audience must engage with their evolving friendship.

“The gal who play Elphaba, Mary Kate Morrissey, is a real-life best friend,” Mason said. “It has been really sweet for our friendship to grow on- and off-stage and to see how our experiences and relationship off-stage impact our relationship on stage.”

Mason adds that Wicked also appeals to a wide audience of all ages. “At a young age, I think kids are going to enjoy the Tony award-winning costumes and the larger-than-life characters. Older audiences are going to really appreciate the story and the witty humor.”

And, Wicked audiences, especially teens, may appreciate the universal themes such as how society defines good, the meaning of friendship, and the consequences of judging a book by its cover.

Of course, most Oklahoma audiences know that Broken Arrow native Kristin Chenoweth made Glinda famous on Broadway, but Mason assures us that “there are no two Glindas that are exactly alike, noting that she adds her own personal “fun and bubbly” touch to her Glinda. And, whether or not you have seen the show or are a Wicked newbie, Mason says that this cast also adds its own touch to the show.

While Mason says that her favorite part of performing in Wicked “is always changing, singing ‘Popular’ is so much fun. Glinda represents a beautiful sincerity that the world needs more of.”