Where are the Teachers? Keeping Career Teachers and Cultivating New Ones

We’re facing a decades-long crisis in education. It’s so old, in fact, that you can be forgiven for assuming crisis is our normal condition. I’d like to take a long view of one part of the problem: the teacher shortage, from my perspective as a career teacher, and now, a member of the Oklahoma State Legislature. Traditionally, our teacher corps was drawn from the ranks of the American middle class. Men and (especially) women became teachers in our public schools, where they educated generations of Americans and helped produce the explosion of economic and cultural creativity of the last several decades. Many of these teachers worked for their entire career in education, often at the same school.

A recent catalog of teacher certifications issued for 2020 shows that only 1,751 of 4,353 were for teachers with degrees in education. Almost 1,000 were given for alternative certificates – for those with relevant subject degrees but without training from accredited colleges of education. More than 1,500 were issued on an emergency basis – meaning the candidate had no formal background in the subject taught. The average such candidate teaches for only three or four years. This is the tragedy of modern education.

We’re on the verge of transforming teaching from a career to a gig, something you might do for a few years between other jobs. And that’s a problem for Oklahoma. You might consider three forces at work in America: markets, bureaucracy and relationships. Markets include not just business activity but also the capitalist spirit behind them. Bureaucracy represents not just government but all the fixed rules by which our society is organized. And relationships represent the web of family and friends and personal associations that shape our day-to-day lives. All three forces exist in tension with one another, and our public school system is shaped by these forces.

Market forces in American politics have promoted a low-tax, business friendly system. Oklahoma schools have been in chronic budget crisis for years because we can’t seem to raise enough revenue to match neighboring states in per-pupil spending. Further, recent pro-market education reforms have pushed charter schools (where teachers are not protected by negotiated contracts), vouchers (which divert public funds to private schools) and for-profit online education (where private management companies shield millions of public dollars from public scrutiny). Meanwhile, state and local bureaucracy has embraced testing and data-driven management of education, in the form of standards and teaching styles. While there are good arguments for these trends, none of them promote the concept of teaching as a career.

The third force, relationships, is critical to education. Teaching and learning depend on relationships among students and school faculty and staff. Think about the teachers that mattered to you. Didn’t you work hardest and learn the most from the teachers who let you know they cared about you as a person, and created learning environments accordingly? As a career teacher, two of my greatest joys came from teaching the younger siblings of former students, and teaching the children of former students.

I didn’t teach for 25 years to get a pension and a contract, but I valued that security. I appreciated the purpose of testing and standards, but I lived for the moments of sudden and unexpected discovery, based on classroom relationships forged between teacher and students. We would do well to remember this third force, because it’s the one that draws the bright young minds of the next generation into teaching. We can’t let the pressures of modern education reform, embodied in the forces of market and bureaucracy, crowd out the vital third force. 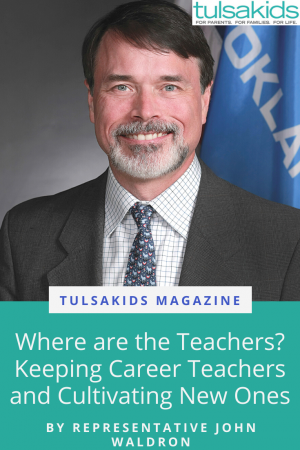