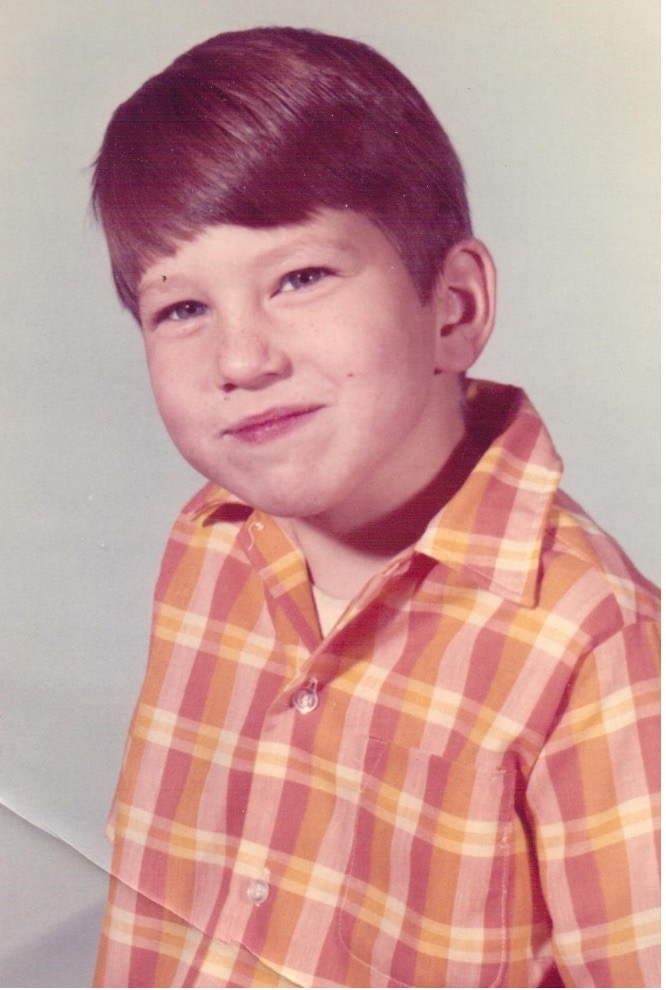 When I look back at the pictures of my brother when he was a young child, I see an auburn-haired kid with freckles and usually an impish grin on his face. In hindsight, I now also see a “different” look in his eyes, but not anything too out of the ordinary to notice. I’m a bit biased, but I think my brother was a cute kid. For the first twenty years of his life, my brother’s disabilities were invisible. Sometimes that was a blessing, but other times, it seemed a curse.

Many disabilities are invisible. Some examples of invisible disabilities include autism, chronic fatigue syndrome, heart disease, cystic fibrosis, some types of intellectual disabilities, and mental health issues. It’s estimated that about ten percent of Americans have some form of an invisible disability. The Americans with Disabilities Act, which was passed in 1990, defines an individual with disabilities as a person who has a physical or mental impairment that substantially limits one or more major life activities, has a record of impairment, or is regarded as having such an impairment.

I’ve been guilty of judging people who use handicapped parking places and then get out of the car with no visible physical impairment. Now I understand that there are many cases where a person has a disability, but it’s not visible. A physical disability does not have to involve a cane, a walker, or a wheelchair. The reality is that 74% of Americans with a severe disability do not use any of these devices we associate with the idea of physical disability. 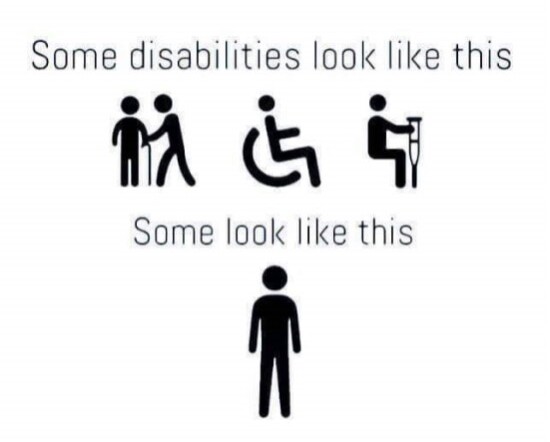 Potential Consequences of an Invisible Disability

Why is an invisible disability negative? In my brother’s situation, his normal appearance played a part in getting a delayed diagnosis. The doctors didn’t take my mother’s concerns seriously because David looked like an average baby and toddler. Because he didn’t receive a diagnosis until the age of three, he missed out on the early intervention therapies that are often beneficial.

My brother didn’t have any physical markers often associated with intellectual disabilities, so people were shocked when his behavior was out of control. It was impossible to ignore my brother’s shrieks, hand biting, hitting, and head banging when he was upset. People thought he was just throwing an age-inappropriate tantrum and needed better parenting. I’ve heard parents of people with autism comment on the stares and negative comments from strangers if their child has a meltdown in public. Not seeing a disability, people mistakenly assume the child needs better discipline.

My brother’s invisible disabilities made a difficult situation even more uncomfortable. Bathrooms were a significant issue when we were kids, and I dreaded the inevitable problem when I was out in public with him. I couldn’t let him go into the men’s bathroom alone, so I swallowed my embarrassment and took him into the women’s restroom. In case you’ve never experienced this, I can tell you that people do not like it when you bring a teenage boy into the women’s bathroom. I tried but was never fully able to ignore the stares and mean comments. (I want to rant about the lack of family bathrooms, but I’ll save it for another time!)

My brother’s appearance also contributed to my father’s denial that anything could be wrong with his only son. Of course, other factors contributed to my father’s reluctance to accept my brother’s diagnosis of intellectual disabilities, but the fact my brother looked “normal” and was actually quite athletic hindered my father’s acceptance. My grandmother also was in the denial camp. Despite my brother having very limited language and an IQ in the low fifties, my grandmother insisted he just needed better discipline.

Moving from Invisible to Visible Disability

As my brother aged, his physical appearance changed dramatically. It is now apparent that he has intellectual disabilities. A combination of aging, scoliosis and self-harm injuries have altered his appearance significantly. When we go out in public, people are aware he has disabilities. In some ways, that makes it easier. People aren’t shocked when his behavior is odd.

When I stand outside the men’s bathroom to monitor him, I get some strange looks. But when they see him emerging, they understand. Expectations are different because his disabilities are visible now. I’m happy to report that most people are kind to us. Cashiers allow him to slowly count out his money (usually incorrectly, offering two dollars for a thirty-dollar purchase), and waitpersons are patient and understanding when I take him out to eat. When he gets stuck in an obsessive-compulsive loop of touching a doorframe or picking at lint, people seem to understand.

As a sister to a brother who once had invisible disabilities but now has visible disabilities, I’ve experienced both sides. They each have their share of challenges. I hate to be too simplistic, but going by the “golden rule” is a good idea. Treat others as you wish to be treated, and be kind to everyone you meet. You don’t know their struggles, and you don’t know if they have an invisible disability. Because of my experiences with my brother, I’ve learned to give people the benefit of the doubt. Just be kind, kinder than necessary. It’s not that hard. 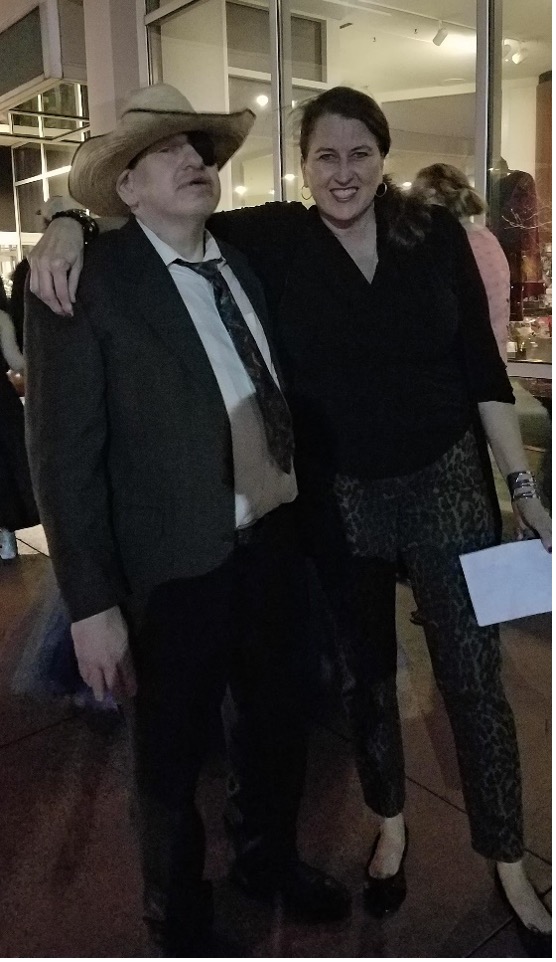 With my brother at Night to Shine several years ago. 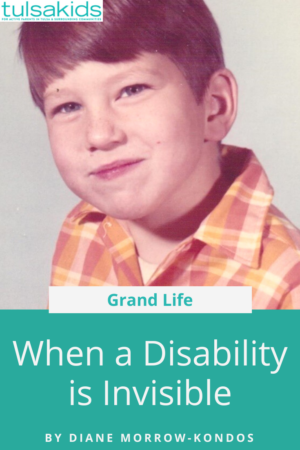