What the Kids are Watching

I am deeply grateful to these kid-friendly YouTubers for granting me moments of peace.

Most of us try to keep an eye on what our kids are up to online, but any parent worth their salt will tell you kids can be freaking exhausting, like fall- asleep-while-boiling-water exhausting, and sometimes, you need a literal half hour to yourself so you can just finally use the bathroom without four people banging on the door about can you please just tell them where they put their shoes. Them. Their shoes. 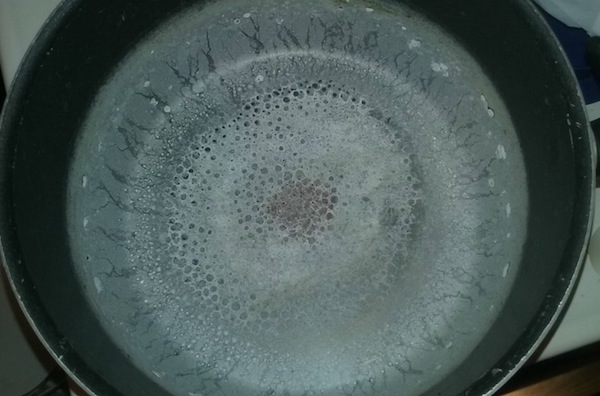 When parents are tired, bad things happen to cookware.

People say the web is dark and full of terrors. They tell us to monitor our children’s activity online, to track their passwords and web history. What they don’t tell us is that in doing so, we may be inadvertently exposed to a caravan of absurdities to startle even Kafka himself, because let’s face it, kids are weirder than heck.

Sometimes, you just have to put on the parental locks and pray to the gods of HTML that your kids will survive the great minefield of questionable content under the umbrella of the wisdom (or terror) you’ve instilled in them.

But what exactly are these little weirdies watching on the web? I put together a list of the top weird and wonderful stuff my little adorable nuggets are watching online as a way to express my gratitude to these beautiful YouTubers for the parental potty breaks and possibly give some other exhausted parents a few minutes to themselves. If you visit the local library, each kid gets a computer, and you get a solid hour of silence to sit and stare at the wall. Brings a tear to the eye.

When it comes to monitoring their online behavior, I don’t have to worry too much about what the boys are watching since they’ve always been pretty great about self-censorship, but I do make sure everyone watches YouTube while signed into my Google Chrome account so I can check out their history from any device. This also cuts down on arguments about how long they’ve been online.

It’s also a good idea to set your account to restricted (instructions at this link).

Lucy is and always has been my wildcard. With a personality like a tricky faucet always running hot or cold, she is a willful little beast. Where the boys have always been great about imposing their own limits when it comes to viewing, Lucy is more of a rule-breaker. Unfortunately, she’s only six, so she also lacks the discernment to tell when she’s stumbled onto something inappropriate. The long and short of it is that I absolutely can not leave Lucy unattended online unless she is using an app that will limit her viewing, like YouTube Kids. But even that has been known to link questionable content, so the only way I’ve really been able to manage Lucy’s viewing is to keep her near enough that I can easily check out what she’s checking out.

That said, having our own 80s-child selves been raised watching fare like Poltergeist and The Shining and playing lots of video games, we are comfortable with some things some parents might not be. It’s never a bad idea to watch what your kids are watching first, and what works for some may not work for others.

Noah, as you may recall, is a serious lover of vehicles, so most of his YouTubing is in some way car-related.

Diecast Emporium Review This is exactly what it sounds like it is: reviews of diecast vehicle models by a collector. What’s great about this is he gets a lengthy description of every aspect of the vehicle down to the most absolutely minor detail which he can then repeat to anyone who will listen. This YouTuber has a separate playlist for a collection of vehicles ranging from pavers to excavators to trucks to emergency vehicles, which equates to more future potty breaks for me and possibly even a cup of coffee or two.

Top 10 Information This is actually more interesting than it sounds. There are plenty of Top 10 channels out there, but this one has a whole section on vehicles with dozens of lists including things like 6 Superhero Vehicles You Wish Really Exist and 8 Biggest Monster Bikes Which Actually Exist.

Be Amazed This one is actually watched by both of the boys. These folks put out 4 videos a week, so there’s always tons of material. This channel has dozens of super cool lists on it, but it can be very confusing for anyone still learning to tell the difference between real news and fake news, which is basically all of us. It’s a good jumping-off point for research and full of fun information, so I have tried to teach the kids to take it with a grain of salt. This is a really great source of pointless but interesting pop culture information like what kind of genius inventions only exist in Japan and weird food flavors from around the world. Look out, though. Our Restricted Mode filter blocks out quite a few of these vids.

Arthur is easily the weirdest of my little oddballs. When he was three years old, he used to entertain our friends by reciting the first few lines of Edgar Allan Poe’s “The Raven.” Fond of skeletons, monsters, and creepy things, Arthur has always been my little Vincent. When he’s not checking out creepypasta and horror-themed game walkthroughs, he’s usually watching something related to Pokémon or Minecraft.

Markiplier does a lot of gaming walkthroughs, and he has a few horror walkthroughs that Arthur is pretty into. He has recently been watching the Among the Sleep series. Just remember that some of these games are pretty scary. I’ve only seen a couple of these, but it’s my understanding that the language is a little less adult than many other gamers on YouTube.

DanTDM is a British youtuber just about every 8- to 10-year-old is watching. I have seen dozens of his videos, and he is just an all-around positive guy who is honestly appreciative to be able to do what he loves for a living. He uploads daily gaming videos, mostly for Minecraft, but he plays lots of other games as well, and the thing I really like about this is it exposes the kids to some pretty cool games that are fairly G-rated.

The Game Theorists dives deep into the story of many popular video games into the realm of literature analysis, which I probably don’t have to tell you I love. Like his English teacher mom, Arthur loves the layers of a story, and this cool channel gets him thinking about things like the implications of invasive species in Pokémon games or whether the Mario games actually have a logical timeline. Lots of this channel’s videos are blocked in Restricted Mode, so be warned if you aren’t using it.

Lucy loves to watch cute Minecraft and Roblox gamers, especially girl gamers. What’s incredible about this is that many of the YouTubers Lucy watches are still teenagers, some of them very young, and yet they work at what they do like a full-time job. All of my kids have been more focused about things they are learning than I ever was at their age, and I really believe watching these young kids work so hard has played a big part of that.

Sis vs. Bro follows siblings Karina and Ronald as they complete various weird challenges, eat strange food combinations (like a very strange giant ice cream sundae that reinforces exactly why children should not be allowed free run of the kitchen), and engage in your basic sibling rivalry. Lucy cannot get enough of these guys.

Little Club is a group of gaming characters similar to those of DanTDM, and they actually each have their own channel. They generally play in either Minecraft or Roblox. There’s Little Kelly, Little Carly, Little Donny, Donut the Dog, and an assortment of other fun little characters. They’re pretty cute, aimed at kind of a younger audience, and more focused on story-based gaming than some of the older-geared gaming YouTubers.

FNAF Flix File this one under super weird. If you’re unfamiliar with Five Nights at Freddy’s (FNAF [pronounced fun-aff] as the kids call it), it is a horror-themed video game based on jump scares. Essentially, the player is a security guard at a Chuck E. Cheese-type pizza parlor where the goal is to survive several nights trapped with haunted animatronics. I actually found the game to be pretty boring, but kids freaking love it because it’s the perfect kind of kid-scary. No gore, no violence, just the pure thrill of a little light nightmare fuel. This game is so darned popular that it’s spawned four sequels, a spin-off, a rich world of fan theories and fanfic, tribute channels, and merchandising in the vain of Disney or Lucasarts. But because it’s in the horror genre and already attracts lots of adults fans, it can be very hard to even tell when you’re wondering into tricky content. That said, FNAF Flix is basically just kids playing with plush versions of FNAF characters (and other toys). IT’s pretty much mental junk food, but it’s also fairly safe viewing in a veritable minefield of dodgy FNAF fare.

Cookie Swirl C If you have a daughter under 8 or so, you’re probably familiar with this one. Cookie Swirl is easily the most family-friendly thing on YouTube. To say videos are of Cookie Swirl playing with toys would be too simplistic an explanation. This YouTuber uses all kinds of adorable toys including My Little Pony, Littlest Pet Shop, Disney, Shopkins, and more to create elaborate and fanciful storylines. I really credit her for teaching Lucy how to play more creatively and purposefully, and all of her stories are pretty educational and include some positive subtext. One of Lucy’s favorite playlists is the Mommies and Babies Series, which follows the lives of some LPS characters as they bring babies into their lives. It gives some pretty positive (and age-appropriate) information about the process of pregnancy and birth, touching on things like the emotional toll of having a baby in the NICU, a father’s feelings, and the importance of friends’ support in raising a child.

Dollastic is another toy collector similar to Cookie Swirl C. She also works hard to keep her content family-friendly and very positive, but Lucy actually loves her gaming channel Dollastic Plays. She has a super cute little avatar and sometimes plays with another one of Lucy’s favorite gamers, Audrey.

What are your kids watching on YouTube? Do you have a favorite channel to watch with them? Any advice for keeping kids in the safe zone while they surf the web? Hit me up in the comments and have a beautiful week!