What Happened When I Took Away the Screens 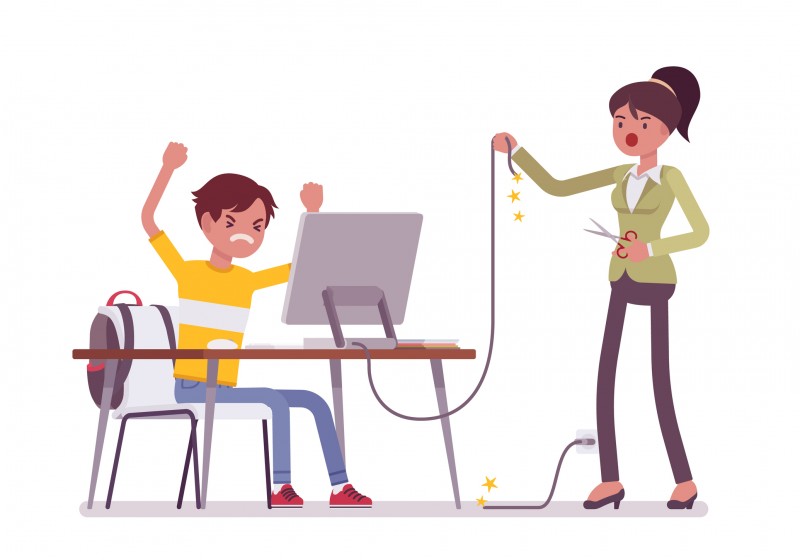 What do you think would happen if your family tried taking away screens?

A few months ago my family unintentionally started an eye-opening experiment that magnified just how addicted to screens we are. Although we had time limits on electronics for our kids, even the small amount of time spent on them had a negative affect on my son. His grades slipped, his attitude changed, and his overall work ethic suffered. After some warning and discussion between the three of us, my husband and I decided we would take his electronics away until his grades improved. Grudgingly, my son handed them over for a three-month period. The change in him was hard to dismiss.

Perhaps the most obvious change that happened when his screen time was taken away was the simple fact that he was found other things to fill his time. Suddenly my son, who hadn’t touched his Legos in months, started rebuilding all the broken Lego sets, building his own creations, and he even (gasp) cleaned his room.

I found him reading books that had been collecting dust on shelves, playing with his younger siblings, and he started journaling and sketching more than usual. These were things he enjoyed before but now he had more time and less distractions to enjoy them.

After spending time doing his rediscovered hobbies like writing, reading, art, and creating, he seemed to have a total turn around with his attitude and overall mood. He would spend time talking to us and his siblings and even invited us to play board games with him. While we played games, we snacked on popcorn, laughed and chatted without looking at our phones or checking in on social media.

One day he decided to ride his bike through the neighborhood to explore streets he had never been down, and he later came home and drew a map just for fun. He admitted to me that he was bored and missed playing video games but that he had found something fun to do anyway.

Over time his attitude improved and his grades rose. He seemed more rested and reported better sleep. It was time to make the decision to return his electronics. He had put in his time, improved in the areas he had been asked to, and earned their return. Shorter time limits were set and they were handed over.

Since that day I have noticed a difference when he has gone over his time limit, even accidentally, and he realizes the hold the screens can take on you. I also notice that when the warning is given to set them aside, he does so more willingly because he has become less reliant on them for his entertainment.

Not Just a Kid Problem

We have a constant wealth of information at our fingertips and access to social media for keeping up with family and friends. But at what cost? I am ashamed to admit that I, too, am addicted to screens just as much as my son is. They affect my attitude and distract from my responsibilities.

Most of all they take away from time spent with family. They make me impatient and I feel a loss when I don’t have them in the palm of my hand. What fun would I seek out if I didn’t have my phone? What would I create? What hobby would I rediscover if I put my phone down? What would rejuvenate me and elevate my mood if I had time to fit it into my day? What about you? What would you do if your screens were removed? Now that the pandemic has forced most children to adopt screen learning, what changes have you noticed?

Sarah Lyons is a mom of six children, including 3-year-old triplets. She wrote this essay pre-pandemic. 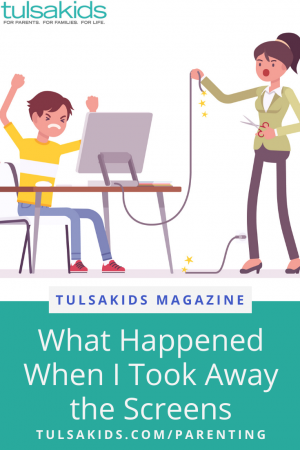