What Every Parent Needs to Know About JUUL:

When Julie Urban started going through her son’s belongings in his bedroom, she wasn’t sure what she was looking for. She only knew that her 17-year-old wasn’t acting like himself.

“He had been acting strange for several months – staying out late, missing classes, getting in trouble at school,” Urban says. “His personality had changed quite a bit. He had gone from very shy and reserved to active, outgoing and always busy. He was constantly fidgeting and would be caught up in lies from time to time.”

Hidden in a tub of soccer scarves, she and her husband discovered a JUUL, an e-cigarette resembling a flash drive, still in its original packaging.

“If it hadn’t been in the box, we would not have known what it was,” Urban says.

JUUL (pronounced “jewel”) is all the rage among many middle school and high school students.

“This product has more than half of the e-cigarette market share and is a large reason that e-cigarette use is the leading tobacco product among kids,” says Erika Sward, national assistant vice president for advocacy, American Lung Association, Washington D.C.

What is JUUL? A JUUL is a slender, compact e-cigarette that looks like a flash drive. A small, non-refillable liquid nicotine cartridge or pod clicks into the top of the device.

JUUL charges in a USB port. The pod’s e-liquid heats up to create a vapor that the user inhales. According to the manufacturer, a single pod contains 59 milligrams of nicotine per milliliter of liquid, which is equivalent to the amount of nicotine in an entire pack of cigarettes.

What’s the attraction? From a teen’s perspective, JUUL is “the perfect storm,” Sward says.

The product is sleek and discreet, hidden easily in pockets, sweatshirts and backpacks. It doesn’t produce the vapor cloud associated with other e-cigarettes, making it simple for kids to use even while sitting in class. Candy and fruit-flavored e-juices, decorative wraps or “skins,” and social media campaigns add to the appeal.

Isn’t it safer than smoking? E-cigarette makers originally marketed their products as smoking cessation devices, which gave these products a halo effect as healthier alternatives to traditional cigarettes.

Since they don’t look or smell like traditional cigarettes, many kids fail to see e-cigarettes as the latest evolution in how tobacco companies are peddling their products.

“You’ve got a lot of kids who would never in a million years think to pick up a cigarette who are using JUUL,” Sward says.

Researchers aren’t sure how harmful e-cigarettes are, but they do know that the products emit chemicals into the lungs, including aldehydes (formaldehyde, acetaldehyde, acrolein and acetone); volatile organic compounds found in car exhaust; heavy metals like nickel, lead and chromium; and diacetyl, a highly toxic chemical linked to lung disease.

Exposure to diacetyl can cause a life-threatening condition called popcorn lung, or obliterative bronchiolitis. Diacetyl was once used to enhance the buttery flavor of popcorns. Factory workers, who inhaled the chemical, began to experience inflammation in the lungs, leading to scarring and narrowing of the airways and difficulty breathing. Popcorn lung disease is irreversible and can be mistaken for other respiratory ailments like asthma.

Symptoms include wheezing, dry cough, shortness of breath, unexplained exhaustion and irritation around the skin, eyes, mouth or nose.

“The bottom line is that no e-cigarette has been found to be safe and effective by the FDA for helping smokers quit,” Sward says.

How does nicotine affect brain development? The adolescent brain is particularly vulnerable to the addictive effects of nicotine. The brain’s cortex, the center of decision making and impulse control, isn’t fully formed until around the age of 25.

According to the Surgeon General: “Nicotine changes the way synapses are formed, which can harm the parts of the brain that control attention and learning. Because addiction is a form of learning, adolescents get addicted more easily than adults.”

Research suggests that kids who use e-cigarettes are much more likely to turn to traditional cigarettes later.

How are e-cigarettes regulated? State laws vary. Some states have increased the minimum age to purchase nicotine products to 21, but they’re relatively easy for minors to purchase online. Other states have begun taxing e-cigarettes and prohibiting the sale of flavored products.

Since e-cigarettes are not regulated by the FDA, there’s no telling exactly how much nicotine is in any of these products, including those that claim to contain zero nicotine.

“The Food and Drug Administration has kicked the can down the road on dealing with JUUL and other e-cigarettes. They are asking a lot of questions both directly of JUUL and of the broader public on the issues of flavors and of e-cigarettes more broadly; but when it comes time to taking meaningful action against the sale of these products and protecting kids, the FDA has failed to deliver in a big way,” Sward says.

The American Lung Association is one of seven other public health organizations, including Campaign for Tobacco-Free Kids, American Cancer Society Cancer Action Network, American Heart Association, Truth Initiative, American Academy of Pediatrics and Democracy Forward, and individual pediatricians, that sued the FDA in March for its decision to delay the regulation of e-cigarettes until 2022.

What can parents do?

Christa Melnyk Hines is a freelance journalist and author. She and her husband are the parents of two middle school age sons. Christa’s latest book is Happy, Healthy & Hyperconnected: Raise a Thoughtful Communicator in a Digital World.

If you or a loved one is addicted to nicotine, call 1-800-QUIT-NOW or visit www.lung.org to learn safe and effective ways to quit. 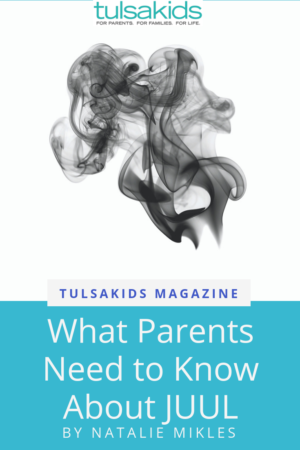