One of my neighbors and I had been chatting back and forth about wanting to take our kids on a road trip. I had several weeks of being on call for a doula client and couldn’t go out of town, so we both looked around for ideas and began planning for a week when I could be more flexible with travel.

We didn’t want to go further than something that could be a day trip, and since we would be taking four children under the age of six, we figured it shouldn’t be too far out of the way anyway. We also didn’t want to spend a lot of money!

I decided to get on Travel Ok‘s website and check out their list of Things To Do In Oklahoma. I followed links for road trips and Rt. 66 adventures and found this listing for Totem Pole Park. It fit all our needs for an outing: free admission, only 45 minutes from Tulsa, and it looked like there was enough to do there that our littles would have a good time.

So, we made our plans, packed our lunches and headed out to Foyil, Oklahoma to see the World’s Largest Totem Pole!

It wasn’t a rough drive at all, and the park was relatively easy to find. 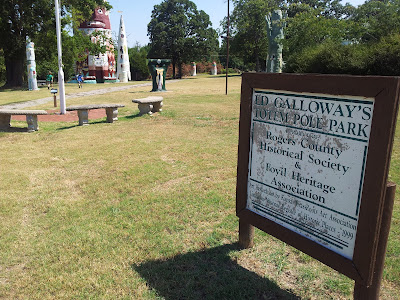 Ed Galloway spent 11 years constructing the concrete totem pole as a way to pass the time after retiring from years of teaching. Eleven years! 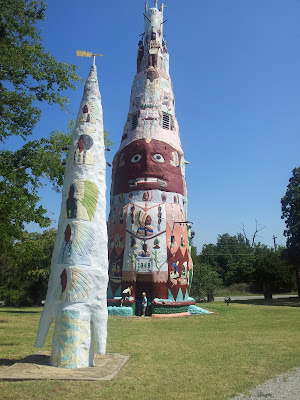 The kids were pretty impressed! 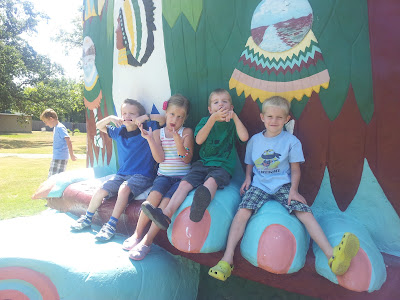 The property surrounding the totem pole itself is a spacious park filled with several more pieces of artwork, including this “tree” Mr. Galloway made to prove his wife wrong when she teased him saying that only God could make a tree! 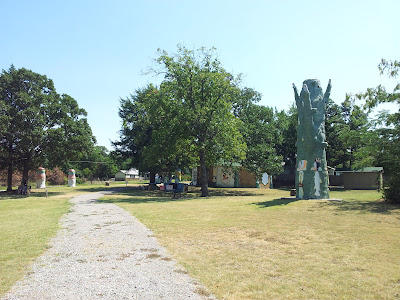 He even made cleverly decorated picnic tables which have been restored and kept beautiful along with the rest of the park’s artwork by many volunteers. 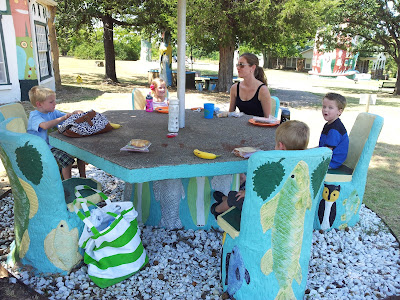 Along with having impressive construction and scuplting skills, Mr. Galloway loved woodworking. When his wife got tired of all his handmade fiddles collecting in the house, he built the Fiddle House, which is now the gift shop.

My littles loved trying on the Native American headdresses and checking out the hand carved walking sticks! 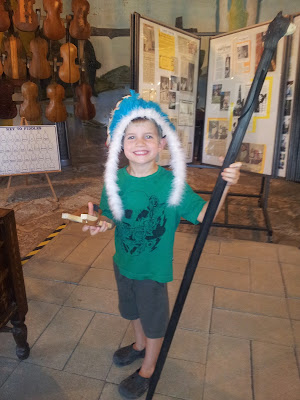 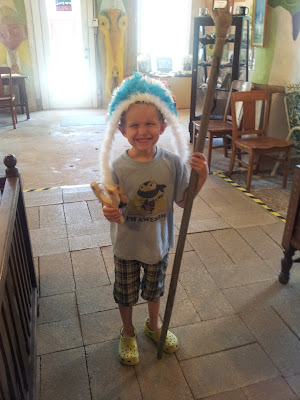 When Ed Galloway’s former students began to travel the world, then sent him pieces of beautiful, rare, and unique wood from all across the globe. These fiddles were his way of displaying them. They line the walls of the Fiddle House. 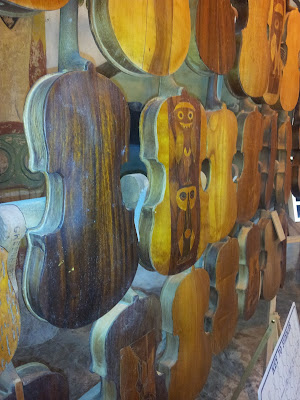 This gorgeous mantelpiece was hand carved and constructed with nearly 2000 individual pieces of wood. The scene is a replica of a postcard Mr. Galloway had which displayed a castle on a rural street in Sweden. Interestingly, the woman who runs the gift shop said a man once came to visit who begged to purchase the piece because that was the very street where he grew up in Sweden! Talk about a small world! 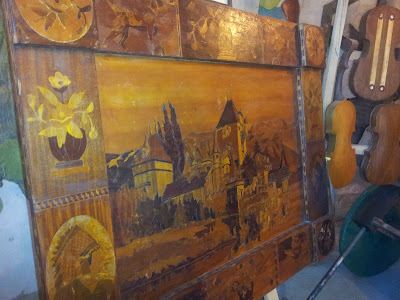 We settled for some hand carved wooden whistles…and then later regretted we’d purchased noisemakers for our children! 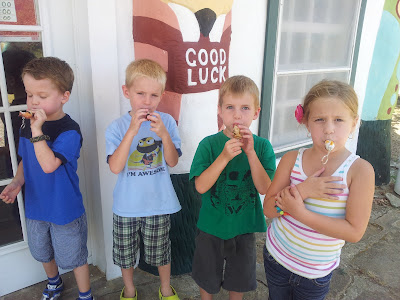 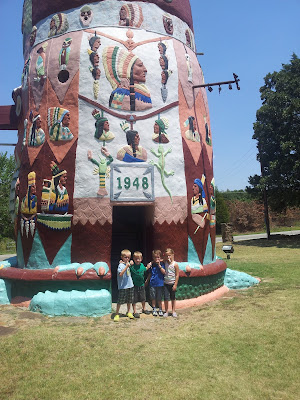 Also on the property is a really neat nature trail made by a troop of boy scouts. We couldn’t pass that up 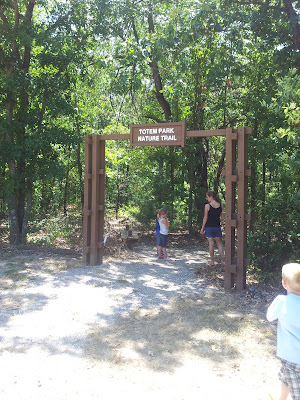 After our hike, Alec said he wanted to camp out in the nearby shelter which had picnic tables and a fireplace in it. He demonstrated how he would sleep on one of the benches! 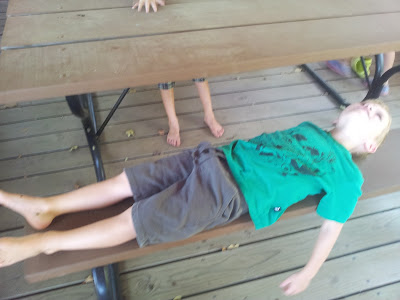 The last thing we did before packing up to head home was play in a little white playhouse Mr. Galloway had built for his grand kids. 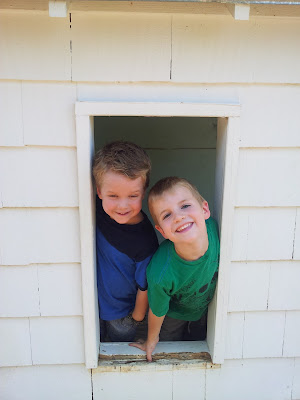 The consensus now is that we absolutely need a playhouse in our backyard. Maybe we can get Grampa Roger on that one! 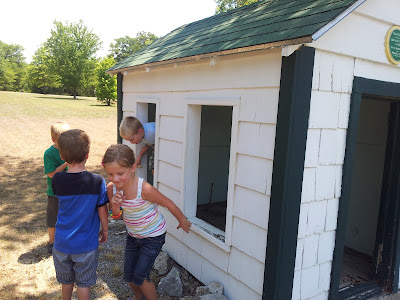 There are just a few more weeks of summer left. I think we can still squeeze in a few more adventures!

Categories: Honeybee Mama, things to do

Things to Do in Tulsa, January 30-February 5

Family Fun in Tulsa: 8 Things to Do This Month