Imagine being 11 years old and given the opportunity to design your “dream school.” A group of Eisenhower International School fifth grade Spanish immersion students had that chance. What emerged after two weeks of brainstorming, designing and using LEGO building blocks was a “dream school,” complete with an indoor pool, mini mall, kids’ lounge and movie theater.

In April, Tulsa’s KSQ Architects conducted an Architectural Building Blocks 101 class integrating a multilingual STEM (Science, Technology, Engineering and Math) education program using a common toy most children have played with, LEGOs. The program is part of an overall STEM program Eisenhower staff is implementing throughout all grade levels.

KSQ Architect Chad Lukenbaugh said the firm’s objective was to expose the students to the world of building design. “Relating our process to something that’s familiar like LEGOs just makes sense. LEGOSs are so accessible and familiar, and that’s why so many schools are bringing them in to the curriculum to create a bridge to this type of learning. For students who excel in collaborative, hands-on learning styles, this is a great opportunity to expose them to spatial thinking, design and math in ways they may not have considered before.”

Lukenbaugh along with KSQ Architect Elizabeth Robertson and one of the firm’s interior designers, Adriana Vadasz, spent the first Architectural Building Blocks class explaining their jobs. They then showed students several pictures of projects KSQ has completed, and introduced them to computer software programs used by architects to assist in designing both the interior and exterior of a building. Both Lukenbaugh and Robertson emphasized that architects must not only be creative but also must have strong math skills. 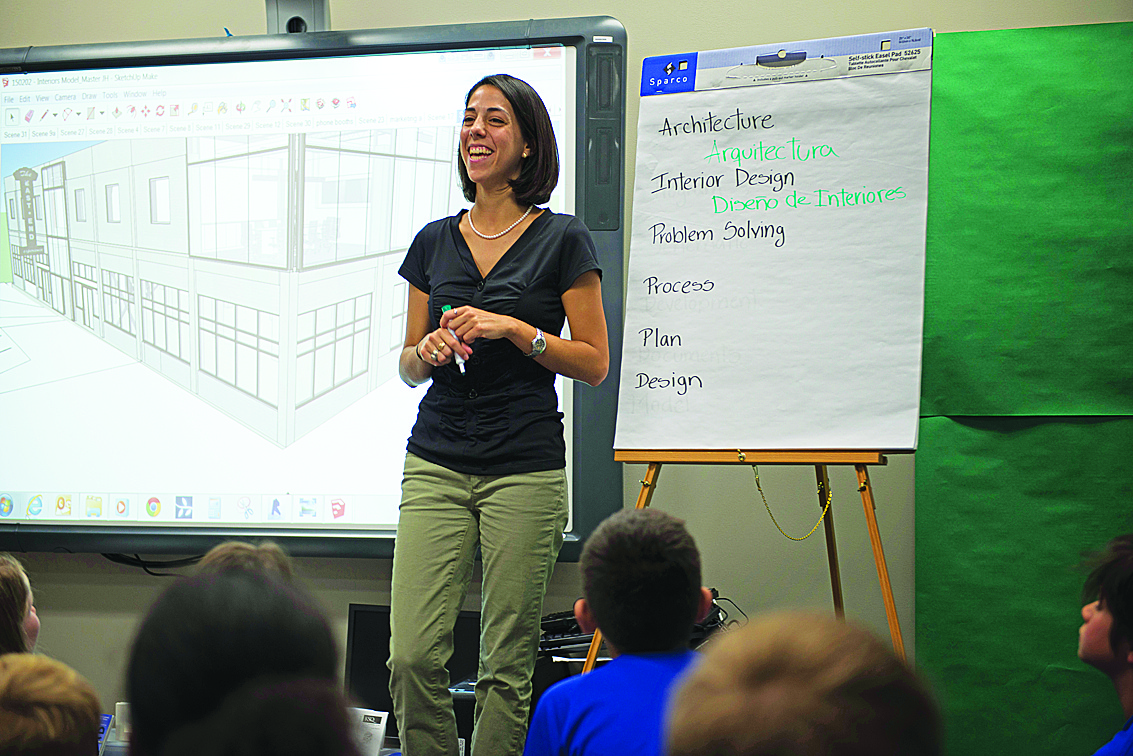 “I loved drawing and art when I was your age. I enjoyed my science and math classes.  Architecture was a great place for me to focus all of those interests,” Ludenbaugh said.

Vadasz, originally from Venezuela, repeated much of the discussion in Spanish. She also introduced the students to the Spanish translation of many common architectural terms such as “planning,” “designing” and “construction”.

Robertson told the students that architecture presents you with many problems to solve and challenges you to explore your creative ideas. And, much of this, she said, is done in a team approach.

To design the “dream school” students were divided into five teams. It did not take long for each team to come up with a list of “dream school” ideas. By the end of their brainstorming session, one team’s “dream school” possibilities included a movie theater, swimming pool, an indoor playground with an obstacle course and an observation deck with a telescope. The team’s next step was to construct their “dream school” addition with LEGOs.

Two weeks later the student teams presented their school to classmates in the same way an architectural team presents an idea to a client. Following their presentation, each member of a team expressed, in Spanish, what they liked most about their “dream school” addition.

Caroline O’Connor said she never realized how much fun architecture could be.  “You get to take all of your ideas and narrow it down and picture what you want in your mind, and make it happen.” 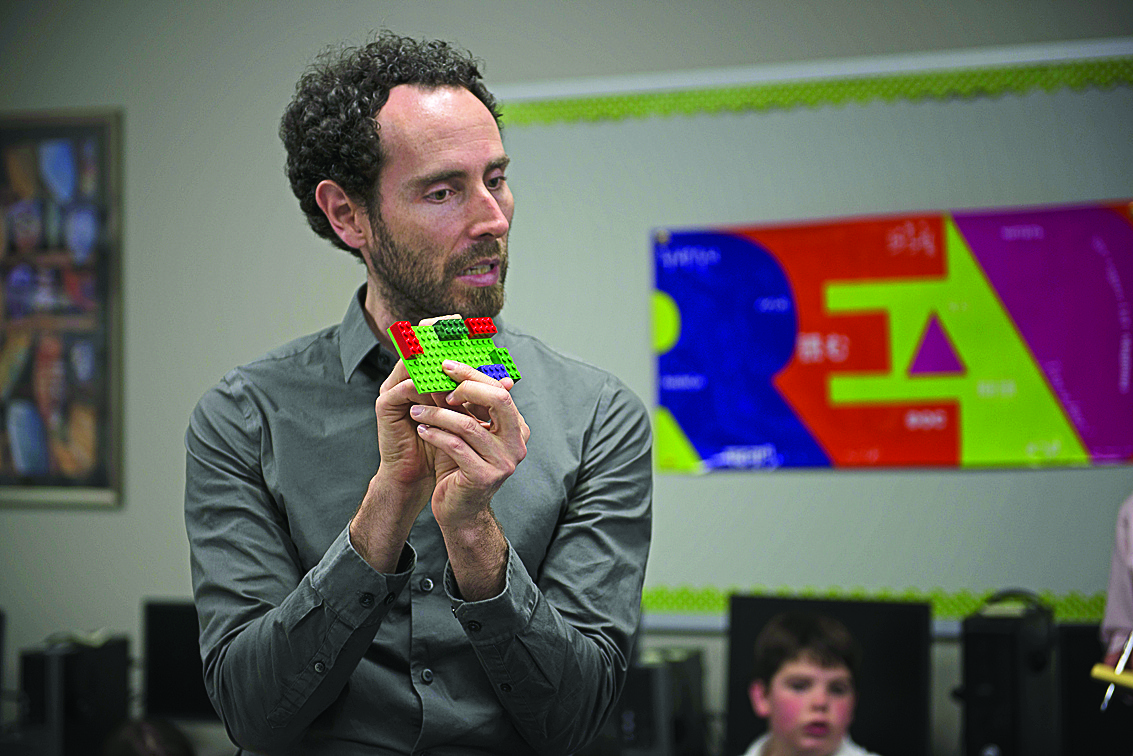 Following the presentations Lukengaugh said he thought the students gained several things from the class. “They learned the process of how a building comes together, from initial planning and concept, to design and construction. They were introduced to the tools we use, both digital and analog, to communicate with a client about the design. And also,” he said, “I think they learned a real-world application of what they experience in the classroom today such as the value of working in groups, critical thinking and creative problem solving and how math is important to your job as an architect or engineer.”

And Lukenbaugh also noted the KSQ architects and interior designers learned a lot from the students. “We were so impressed with the students. They were smart and engaged and their ideas were creative.”

KSQ has hosted STEM programs for TPS at other schools and is a TPS Partners in Education member. KSQ Architects designed the Collegiate Center currently being constructed at Edison Preparatory High School.