Three Tips for Keeping Your Kids Safe and Healthy Outside

When my kids were babies, my husband and I would joke about them having fussiness alarms. Most afternoons, when the clock would strike four, our children would instantly be reminded that it was time to get fussy, irritable, and even refuse to nap when they clearly needed it most. Thankfully, a few activities always seemed to calm them down. The first was taking a ride in the car. Although there was usually some crying over the car seat, they always seemed to calm down after a few minutes. The second was taking a long walk outdoors.

As we would step outside, they would go from angry to enchanted when their senses were hit with all the beautiful colors, smells, sounds and the cool breeze. It was clear to me that getting a little fresh air wasn’t just good for adults. Science actually backs up these benefits, especially for babies and young children.

A European study published in 2014 found that babies and children who spent more time outdoors actually received a jumpstart on language skills and physical development. From the wind to sunshine to smells both good and bad, babies simply have more sensory information to take in and process outside than when they are in a controlled, indoor environment. That, in turn, promotes early development as babies start to process what contributes to that outdoor stimuli. The physical development of babies has also been proven to benefit from time spent outdoors, especially for those who often observe others running around and playing — proof that those park trips before baby can even walk are still important.

Regular bouts of time in the natural sunlight can also aid the establishment of good sleep patterns for little ones. According to a 2004 study in the Journal of Sleep Research, babies younger than 13 weeks who slept well at night spent twice as much time in the sunlight as their wakeful peers. The lead researcher hypothesized that’s because the outdoorsy infants established their circadian rhythms sooner, helping them fall asleep sooner and stay asleep longer.

As important as it seems to be to get babies outdoors, there are still some precautions parents can take to keep young children safe and healthy.

While it’s fine to go out in the yard or to a quiet park, you’ll want to try your best to avoid places where there are crowds for the first several weeks of your baby’s life. The younger she is, the more immature her immune system, and the more susceptible she is to pick up germs from other people and nearby coughs, sneezes and unclean hands. Once your baby reaches 2 to 3 months, her immune system will mature significantly and you won’t need to be as concerned.

Dress for the weather

Before you head out and about, you might be tempted to bundle your baby up in extra layers, or if it’s summertime, to put him in a stroller in just his diaper. The general rule of thumb is to dress your baby for the weather—not too hot and not too cold—and add an additional layer. Use your own clothing as a guide. If you’re comfortable wearing a T-shirt, put your baby in a long-sleeved shirt, and if you’re wearing a sweatshirt, baby may also need a light jacket. Always have a spare blanket on hand to use as an extra layer or to block the sun’s burning rays.

When you get home from an outing, be sure to wash your newborn’s hands, especially if anyone has touched her. It would also be a great idea to wash your own hands, to avoid transferring anything from yourself to the baby.

If health and safety concerns still give pause, rest assured that pediatricians agree most newborns can benefit from time outside. The key is to take a few precautions for young outdoor adventurers, including staying out of direct sunlight, dressing in appropriate layers and avoiding places where people are known to be ill. 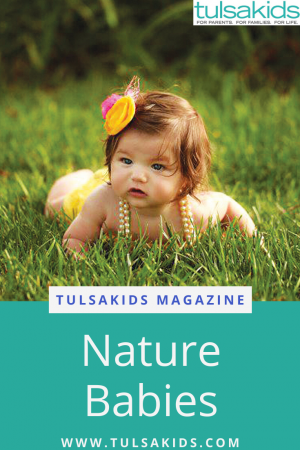 Questions to Ask When Choosing a School

Congratulations to our Winners and Finalists!