Is it time to rethink public schools? The Oklahoma legislature is debating a number of bills that could dramatically change the way kids get an education. Some of them focus on change within the public school system, including two bills that make it easier for parents to transfer children to other districts and for the money to follow the student. Others would allow parents vouchers to take public funding and apply it to private school tuition. Taken together, they constitute a significant challenge to the status quo. But would they make our schools better, or fulfill Oklahoma’s promise of a quality public education to every child? That’s the question of our times.

As a public school teacher turned Democratic legislator, I’ve always considered it my mission to fight for our public schools. Oklahoma has a poor record on public school funding, whether Democrats or Republicans have been in control of the state legislature. So I try to be objective when I examine the problem. Here’s my concern about the first initiative: “parent choice,” which are open transfers where “the money follows the student.”

Currently, about 25,000 transfers are requested each year. All but 2,000 are approved. The others are often declined because of the student’s attendance or discipline record, something that would not change under the proposed legislation. What would change would be the timing. Parents would be able to request a transfer each quarter, rather than once in a year. In theory, a parent could move their kid four times. That kind of population instability makes it very hard for districts to plan their staffing needs for the year, so potentially you could see districts give up guaranteed annual contracts, one of the key aspects of teacher employment conditions. And this at a time when teachers are leaving the work force at alarming rates.

And under a second bill, districts that currently gauge student counts based on the highest total of the previous two years and the first nine weeks of the current, a measure designed to stabilize funding, would have only the previous year and the first nine weeks of the current year. This could make it much harder to predict sudden drops in funding. We can imagine students leaving depressed rural and urban areas for the suburbs – up to a point. School districts still get to declare themselves at capacity and stop taking in transfers.

The fundamental issue goes back to investment. Everyone knows we underinvest in our public schools, and that poor kids pay the price for it. Rearranging the deck chairs is never going to solve the root problem. Eventually, we have to realize that if we want a more educated society we’re going to have to invest more in education for all. 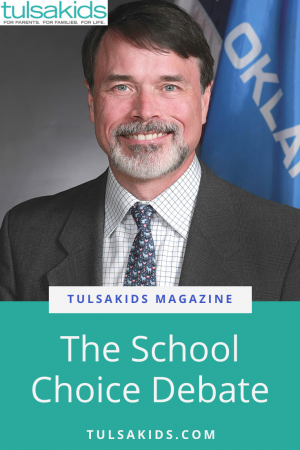