“The LEGO Movie 2 is charming, witty, and won’t make you wish you had a special purse flask like a lot of kids’ films.”

Ah, the sound of children playing in the next room. Their happy laughter and delighted squeals that gradually grow louder and louder until your parent radar tells you someone is about to get bludgeoned with a hot wheel track.

As a mom with three kids, I know all too well the stress of hearing the sounds of their voices in the next room gradually rising until I have to throw open the door and intervene, usually with yelling.

I’m blessed with three children who don’t always conform to social norms, and they’re not easily convinced that boys should play one way and girls should play another, but even then, they bring different ideas to the LEGO table.

Noah’s into cars and vehicles, particularly recreating battleships in the style of Battlestar Galactica, which I take particular pride in having influenced. Arthur likes making creatures–he’s our resident Pokemon fan, and he loves creating little monsters and Mixels and cutants–that is, really cute mutants. Lucy is into story-based play and does well with Arthur but not necessarily with Noah. And despite the fact that we have a massive collection of LEGOs that fills up about two Rubbermaid tubs’ worth, far too often do they end up fighting because one needs a brick the other one is already using.

When they were little and Lucy was still very preschooly, it took very little for her to come into the older brothers’ LEGO play, swipe something, and abscond with it only for the pieces to never be seen or heard from again. To the older kids, a younger sibling can feel like a constant invasion of their space, literally tearing down everything they build and taking over the spaces they have claimed as their own.

This is the theme The LEGO Movie 2 begins and ends with, and it’s perfect.

A Heckish Place to Live

At the end of the first LEGO installment, everything seemed to work out fine as Finn (Jadon Sand) and his dad, The Man Upstairs (Will Ferrell), are playing together harmoniously, Finn having convinced his father that LEGOs are meant to be played with and not glued together to be put on display. And then comes the ominous line that will seal the fates of everyone in Bricksburg: “Guess who else gets to come down here and play? Your sister.”

Down in Bricksburg, a Duplo-filled UFO lands, with a kooky Duplo creature announcing, “We are from the planet Duplo and we are here to destroy you.”

The LEGO Movie 2 begins with that scene. Amidst the Duplo creatures attacking, Emmet (Chris Pratt) tries–and fails–to broker peace between the two worlds by building and giving them a LEGO heart. The Duplo people lay waste to Bricksburg, and next thing you know, it’s five years later, the now-teenaged Finn has mostly abandoned his LEGO table, and the good people of Bricksburg are now living in Apocalypseburg, the post-apocalyptic LEGO wasteland that remains.

Apocalypseburg is “a heckish place to live” filled with sewer babies, blowtorches, and dieselpunk aesthetics. Lucy (formerly Wyldstyle, played by Elizabeth Banks) has taken to bouts of brooding, but Emmet’s enduring cheeriness is as omnipresent as ever as he makes his way about the wasteland getting coffees and fighting off occasional invasions from the alien force of the Sistar System, cutesy invaders and Duplo drones who shoot smiling heart and star bombs that are slowly destroying what’s left of the LEGO world. Unikitty (Alison Brie) has turned red with anger and now possesses the ability to transform into the beastly and vicious UltraKatty.

Journey to the Sistar System

Things are terrible, but they take a turn for the worse when General Sweet Mayhem (Stephanie Beatriz) of the Sistar System infiltrates their community. Wielding a weapon that shoots adorable cupcake, sun, and rainbow stickers, she announces that she’s come to “invite” several of the Bricksburgians before kidnapping Batman (Will Arnett), Lucy, and several others, leaving a stunned Emmet behind. Emmet screws his courage and builds a spaceship to go after them, which means leaving his home and adventuring up through the Stairgate past glassteroids and an interdimensional barrier.

In the Sistar System, a glitter-infested futurist fantasyland filled with stereotypically girly things–rainbows, hearts, cute little clouds, cupcakes, and more. To Emmet, Lucy, and friends, it’s ominous and strange–there’s a scene that’s eerily like the scene from A Wrinkle in Time where Emmet comes upon rows of perfect, identical LEGO Friends houses that sums up the “other”-ness of this world to our heroes. 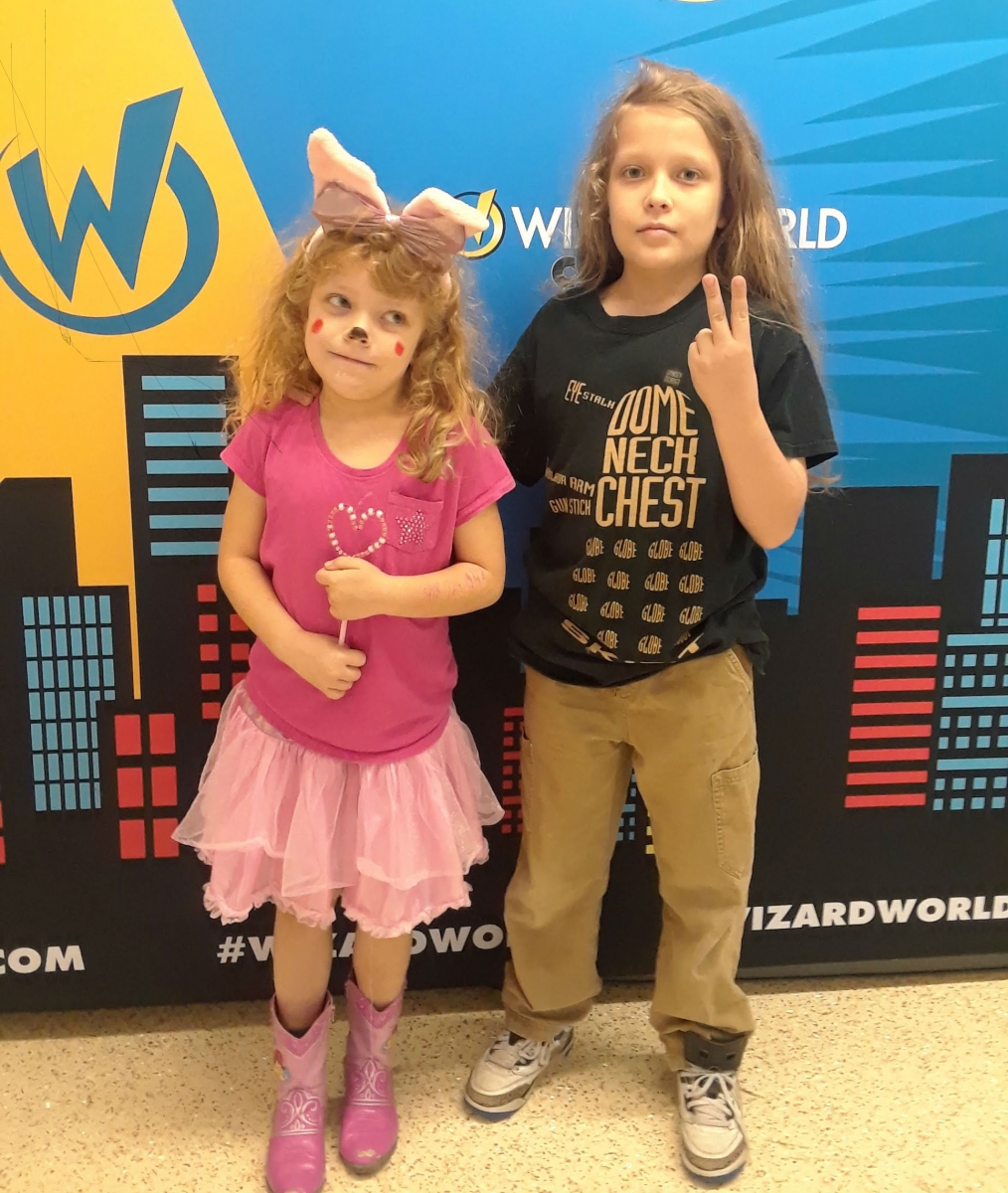 Life in the Sistar System

The film introduces an array of interesting new characters, from the action herotastic Rex Dangervest with his ultracool raptor-piloted spaceship to the shapeshifting Queen Watevra Wa-nabi (a delightful performance from Tiffany Haddish) with her uncertain and possibly sinister motives. The Sistar System is populated with strange and adorable characters including LEGO friends, a sentient banana, and a sparkly, non-threatening teen vampire.

The movie features everything you’d expect from a LEGO film including plenty of catchy little songs, witty dialogue, and pop culture references, but it also boasts a surprisingly intelligent plot and a fresh perspective.

But just like the first LEGO film, it’s what’s underneath the surface that really adds substance to this movie.

Deconstruction and Rebuilding in The LEGO Movie 2

LEGO has long been the subject of criticism for its marketing strategies and gendered toys. Back in the seventies, LEGO ads were gender neutral, promoting creative play and a Master Builder ethic that got lost somewhere in the next decade, when suddenly almost every LEGO ad was populated with boys playing in stereotypically male ways.

Attempts to create a LEGO world for girls since then until recently have been pastel-drenched Stepfordian nightmares that emphasized role play over creative builds. But in the past few years, LEGO seems to be slowly expanding their horizons with more expansive worlds that focus on creativity over gender and much more gender-intelligent advertisements.

This is important because LEGO has been proven to have very real and quantifiable benefits for children including improving their fine motor skills, problem-solving, and mathematical thinking. If we want a way to bring more young women into the STEM fields, LEGO provides a great foundation for that.

One thing I love about this film is the underlying message that it’s time for boys and girls–or it follows, men and women–to stop playing separately because the worlds we build together can be so much better.

In a world where much of the work remaining to be done on women’s rights exists in difficult-to-measure spaces and terms but is still very real, the fight can feel burdensome and defeating at times. The LEGO Movie 2 speaks to the heart of this and of the many broken pieces of our current world when its characters join together singing, “Everything’s not awesome / But it doesn’t have to be. / We can make things better.”

When moms and dads feel weary from a world where ideological disagreements seem to threaten the very fabric of America and it’s hard to be sunny and optimistic, this is a really important lesson for all of us, kids and grown-ups alike, to hear. 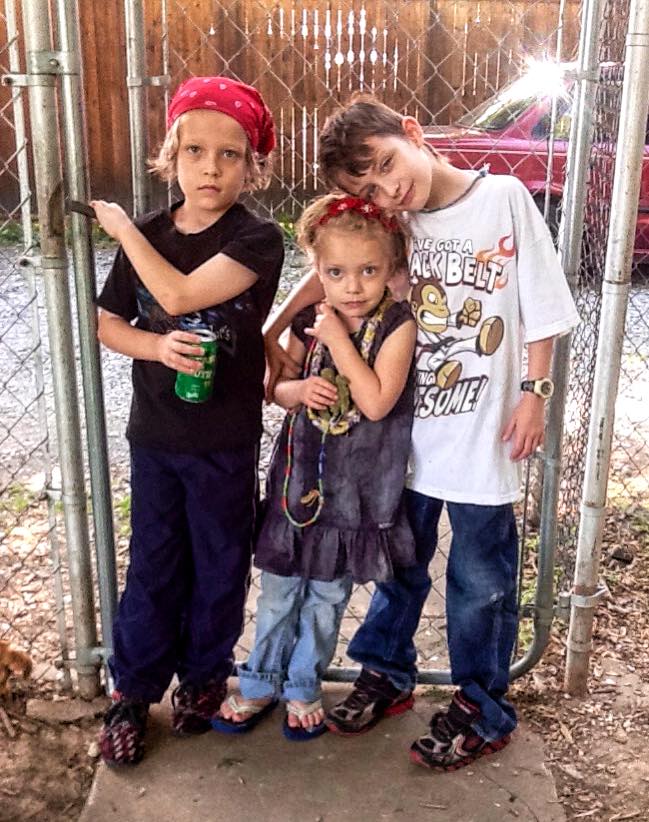 Men, women. Girls, boys. Political parties, religions, races, beliefs. There’s a lot of work to be done, but there’s hope if we don’t give up and if we remember that through human connection and understanding, we can make an even better future from the broken pieces of the old world.

The LEGO Movie 2 is charming, witty, and won’t make you wish you had a special purse flask like a lot of kids’ films.

Take your kids to see the LEGO Movie 2, and make sure you stay to check out the amazing kinetic LEGO art and sibling builds during the credits. After you’ve seen it, leave me a comment below and let me know what you thought! 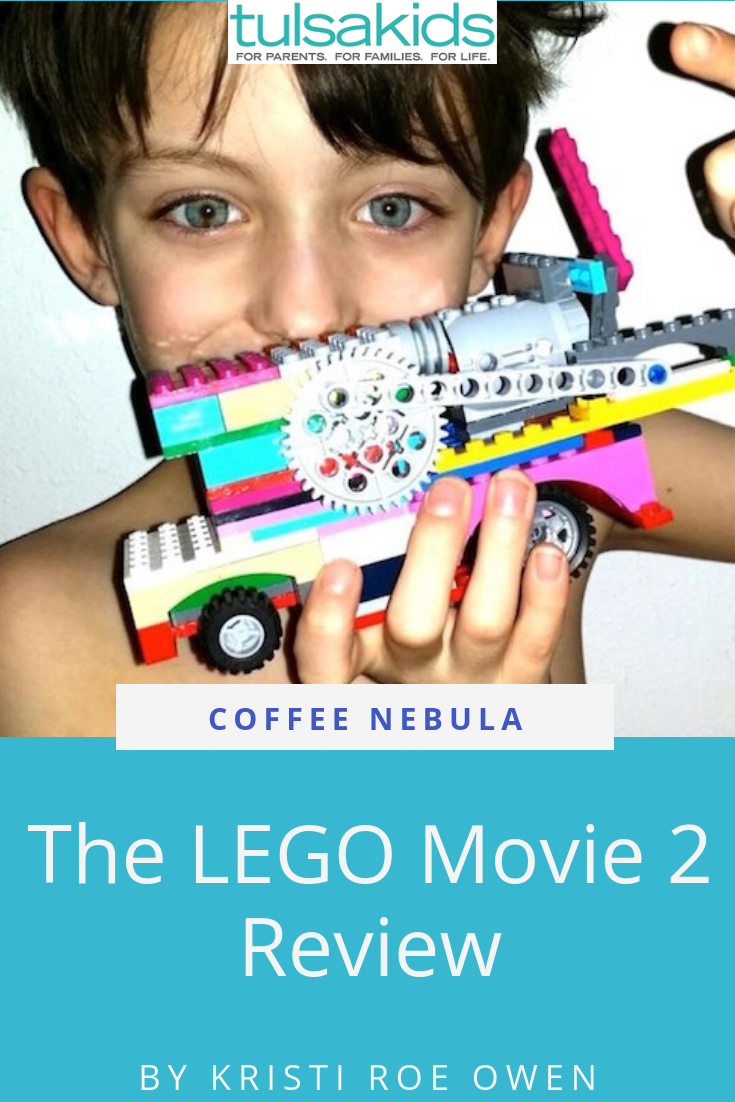