The Cuteness of Three

As we transition to the new school year, I wanted to share some of my favorite recent memories with Joss.

Joss is about to transition up to his next class in school (hooray for year-round school!), and I’ve been feeling unexpectedly emotional about this! Not just because he’s growing up, but because I’ll miss seeing his current teachers every day! They say this transition period is always harder for the adults, both teachers and parents, than it is for the kids, which I believe to be true. Furthermore, we will probably choose to put him in public preschool after he turns four (because: money), making this his last year at a school we’ve grown to love…it’s just TOO MUCH! 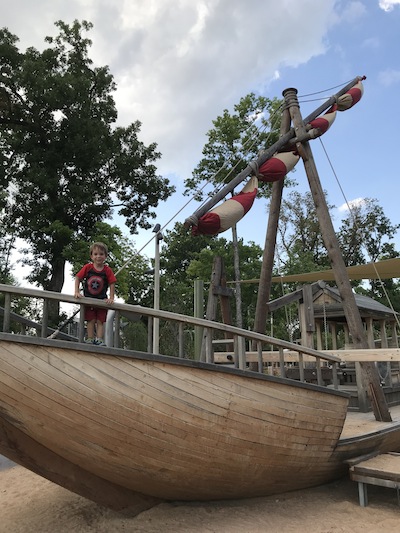 Joss got to accompany me to Gathering Place for TulsaKids’ August Cover Photo shoot! He’s still not very “helpful” when it comes to staying in one place, but it was fun to see him so excited about the park!

So I need to focus on the present and the fact that I know he’s going to have another stellar year with new teachers that I’m going to grow to love, too. Anyway, it just seems like a good time to memorialize, via blog post, some of Joss’s recent developmental…eh, developments:

First up is “Read me a story about a man named Mr. Noodle.”

Mr. Noodle, you may remember, is a goofy character from Sesame Street’s “Elmo’s World.”

Mr. Noodle has a lot of trouble completing the most basic tasks. When he brushes his teeth, he ends up with toothpaste all over his head; when he attempts to put on a hat, he ends up floating two feet in the air. Joss LOVES Mr. Noodle, and at some point, he decided he needed more. This led to the “Read me a story about Mr. Noodle” activity, in which he gives me a basic plot for a Mr. Noodle story and expects me to fill in the rest. (Apparently, he hasn’t realized that “reading” is supposed to involve visible text, but he’ll figure it out eventually!)

Here is a sample conversation:

Joss: “Read me the story about a man named Mr. Noodle and he puts on a shoe and it’s too big. Read it! Read it!”

Me: “Once upon a time, there was  a man, and his name was Mr. Noodle. And one day he decided to go for a walk, so he put on his shoes. But they were TOO BIG! They were as big as a HOUSE! He couldn’t move! So he said, ‘I don’t like shoes anymore!’ and he rounded up all the shoes he could find, rolled them down a hill and was going to throw them away. But the people whose shoes they were came and found him and said, ‘Mr. Noodle, we need our shoes! It’s not nice to take shoes that don’t belong to you! Why don’t you just get a pair that fits?’ And Mr. Noodle thought and said, “That’s a good idea. You’re right, it’s not nice to take other people’s shoes.’ So he gave back all the shoes and found a pair that fit him. Silly Mr. Noodle. The End.”

Joss: “Read me a story about Mr. Noodle and he cut a leaf off of a tree.”

And then I have to “read” several Mr. Noodle stories in a row until I say, “Ok, this is the LAST ONE!” 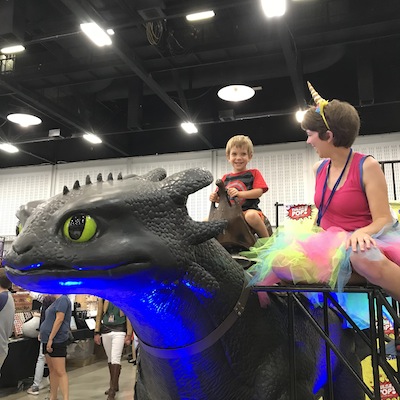 When Toothless (courtesy of Tulsa Pop! Kids) joined our Birthday Bash in June, Joss was too nervous to climb all the way up. But at Tokyo in Tulsa, he did it! I think I was more nervous than he was–that’s one tall dragon!

It started with PJ Masks, which is not my favorite show, but Joss enjoys it. It’ll probably grow on me after the 100th episode. One evening, presumably after watching a PJ Masks episode, he said, “I’m Owlette. You be Gekko,” which was the first time he’d used his imagination to pretend to be a character. Later, when Daniel came home, he was assigned the role of “Catboy.” Mostly, this involves walking around the house looking for the villainous young Romeo, using our owl eyes and gekko camouflage, respectively. Sometimes we just sit in Joss’s closet, aka “the owlglider,” and fly around the city looking for trouble.

Last night at bedtime, we were Moana and Maui (Joss was Moana). So of course Maui told Moana that she needed to get her sleep so she would have enough energy to restore the Heart of Te Fiti the next day.

Both the Mr. Noodle stories and the pretending force me to be a more creative and mentally present in our interactions, which can only be a good thing! It’s all too easy to want to tune out after a day of work, but it’s been fun learning to communicate in this new way–even if it does mean some bizarre things come out of my mouth sometimes. 😉 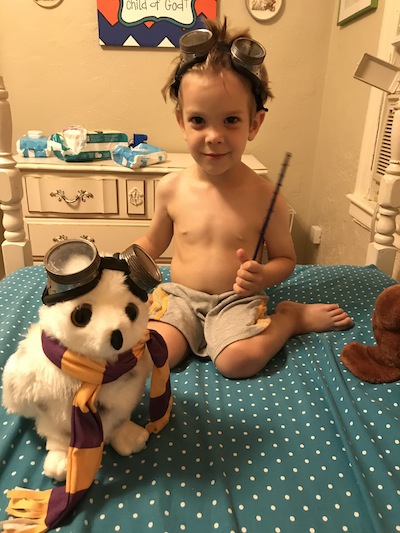 Speaking of bizarre things coming out of my mouth: I just bought Joss this stuffed owl for a Harry Potter costume. Now half of my Mr. Noodle stories have to be told in my warbly, vaguely-British “owl” voice.

So, for the curious: we’ve been having fun with “three.” Of course there are different challenges at every age–the main one is that Joss isn’t afraid to run off and doesn’t seem to understand that he could actually get lost or hurt, so I keep him close! Also, I tried making croissants for the first time this past weekend, and homemade croissants + three-year-old do NOT mix well. Stress levels were HIGH. But over all, it’s great 🙂

For those of you with or who have had three-year-olds, what were some of your favorite moments? 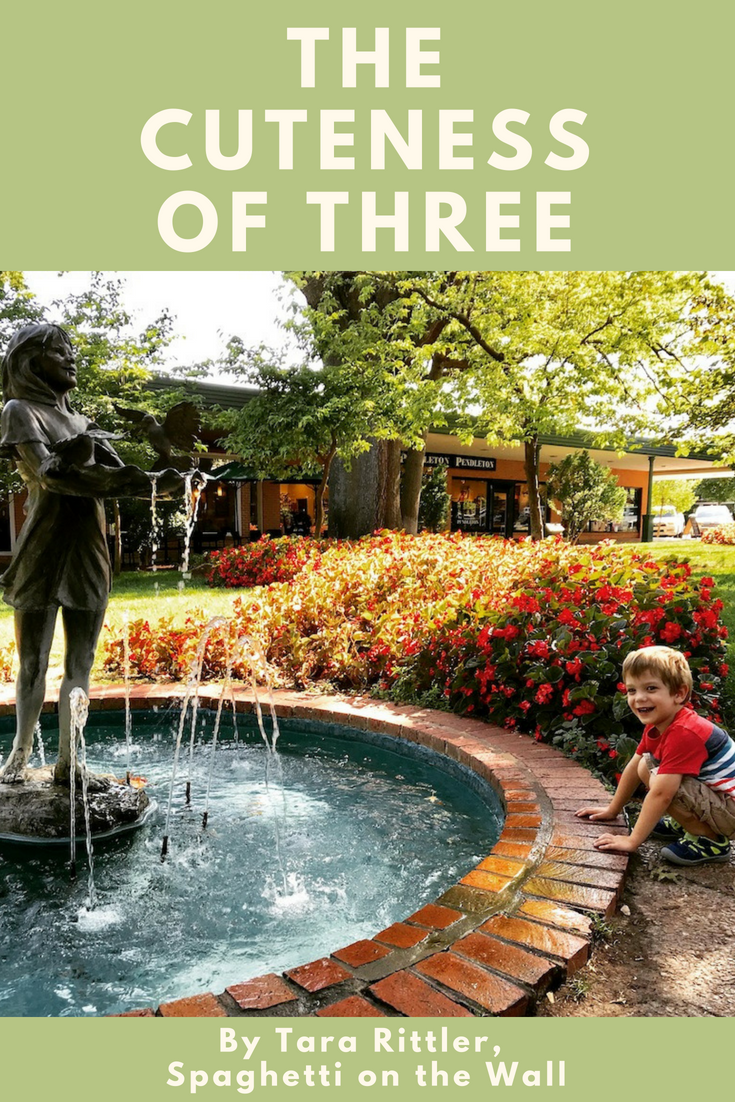