I thought for my final post of the year I should tell you about what was probably the most interesting, strange, fun and completely accidental adventure we had in 2012.

Let me first say, that our family is committed to adventure. By that I mean we always have our eyes and ears open, and we (especially as adults) try to be flexible enough that we’re always willing to pull the car over when we see something interesting!

That said, a couple weeks ago after our trip to WaterWorks Art Center, that flexibility came into play. As we were pulling out of the parking lot to head to lunch, I looked to the left and saw this strange looking building. I pointed it out to the kids and said, “Hey guys, look at that weird little building. I wonder what it is.” Corrinne shouted, “Let’s check it out!”

As I pulled into the parking lot, I saw a sign in the window that showed a number to call to schedule tours. So, we all piled out of the car to investigate the grounds while I called the number, assuming no one was home of course. As we poked around, suddenly the door opened! I think an audible gasp escaped all five of us.

A bright and shining woman, who later introduced herself to us as Linda Collier, welcomed us inside. I can’t overstate how surprised we all were in that moment. It was so exciting to come upon something so intriguing and be welcomed in all at once. Let me tell you, the surprise and intrigue didn’t stop there!

When we walked in, we were completely overtaken by the clever little house and how crazy and interestingly it’s been decorated. Linda told us it was called the Cave House, and originally stood as a speakeasy and bootlegging operation during Prohibition. There are all kinds of stories about the house, including tales of ghosts! Linda says she really feels that the Cave House has its own personality and life and she is more of a caretaker than she is the owner. She feels an obligation to continue “collecting” stories about the property and passing them on to new generations. She said in all her research about the Cave House, she kept reaching dead ends. But the longer she is there, she learns more about its history from the patrons that stumble upon it like we did and pass along the tales they’ve heard!

She was so sweet and delightful and assured me everything was very kid-friendly and touchable. So while I riddled her with tons of questions about this truly historical landmark, the kids investigated every square inch of the place! 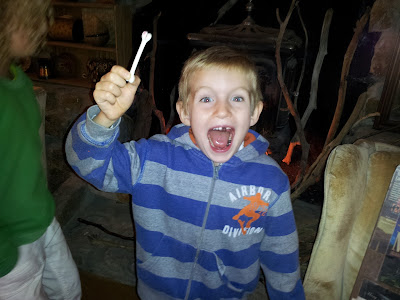 Apparently dinosaur bones have been found on the property, so Linda collects real and fake bones, and even has some pretty creative artwork she’s made from them! 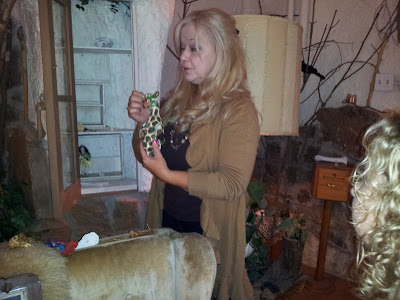 She took us through every room of the house, pointing out more features and telling us the history as we went along. She’s collected all kinds of beautiful antique typewriters, telephones and other vintage appliances. 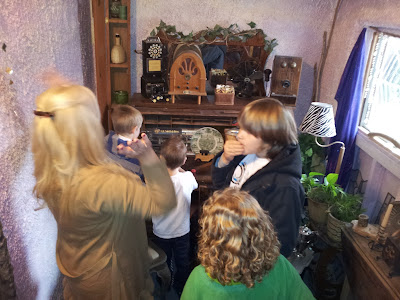 She even has some crazy old liquor bottles decorating the shelves in honor of the original function of the property. 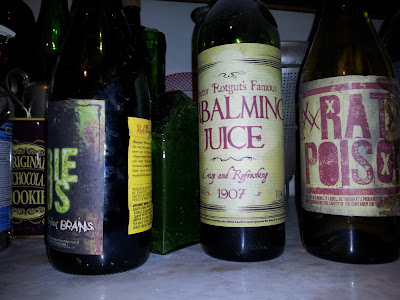 The almost hidden staircase leads upstairs and definitely makes you feel like you’re sneaking through a secret passageway! 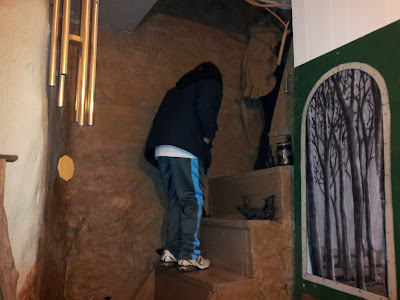 I mean, who has a slide in the upstairs of their house? Linda has truly transformed the Cave House into another world. 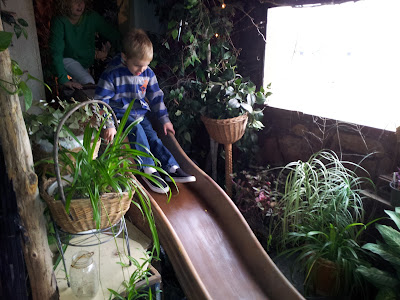 The upstairs room is complete with a secret compartment which once held hidden contraband. 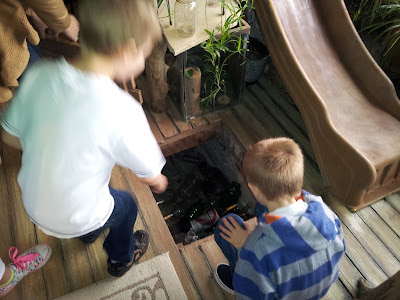 The jungle room has a jungle of a bed! (I’m not gonna lie. I would totally love MY bed to look like this!) 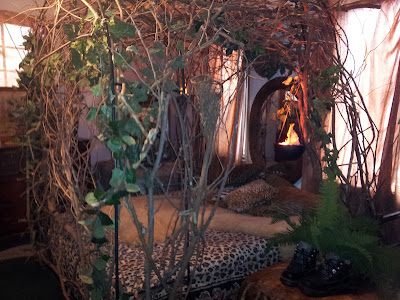 Of course, the kids HAD to thoroughly investigate. 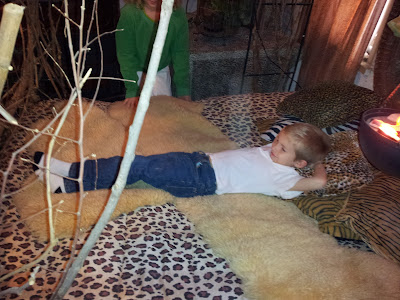 We were invited to sign the guest book and felt truly honored to leave our mark! 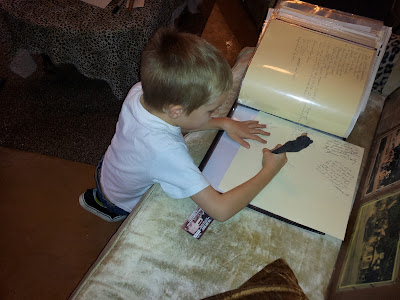 If you’re looking for something different to do with your kids while they’re still on Holiday Break from school, contact Linda and schedule a tour of the Cave House. You won’t be disappointed! Admission is a suggested donation of $5 and you can schedule a tour by calling 918-378-1952.

See you around town, and have a very happy and safe New Year!