Ten Lessons From My First Year of Grandparenting

Grandparenting is everything I thought it would be--and so much more!

My grandson is about to turn one year old! I feel like it was just the other day when my daughter announced her pregnancy by presenting us with a framed ultrasound of her baby boy. But in other ways, it’s as if Callister has been part of my world forever.  Life was good before, but he has added an extra shine to our world, the ray of light on a gloomy day. I’ve learned so many things this first year of being a grandparent, and I’m sure Callister (and maybe someday other grandchildren) will continue to teach me. Here’s what I’ve learned in the last twelve months.

1. It’s important to be willing to learn new things and be open to change.

Just because I did it a certain way when I was a young mother doesn’t mean it’s the only way or even the correct way. After taking a grandparent’s class at the hospital I discovered current information and adapted. “Do the best you can until you know better. Then when you know better, do better.” Maya Angelou

2. Sometimes my kids are right and I’m wrong.

My son-in-law insists on keeping Callister on a strict naptime and bedtime schedule and I “kind of,” “sort of” followed along, but secretly I was thinking it wasn’t that important. Guess what, he was right. Callister does much better when he gets his sleep. I like to be right. I really, really like to be right, but when on the rare occasion I happen to be wrong, I’ll admit it. Just don’t tell my husband, I’ve convinced him that never happens. 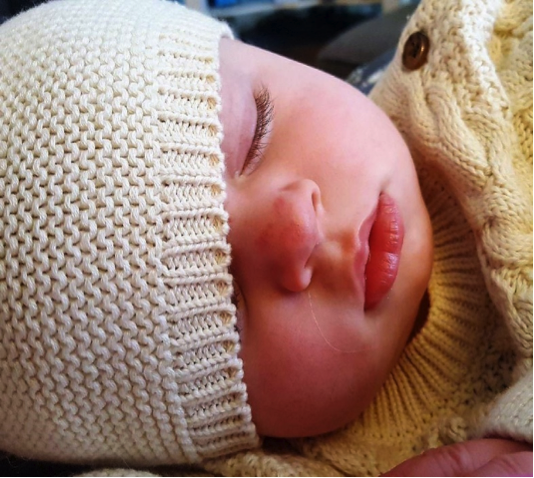 A sleeping baby is a good thing!

3. Some things are worth buying quality (read expensive) and others it’s fine to buy cheap.

Anything that involves my grandchild’s safety, such as his car seat, is worth shelling out the money. The same goes for anything that will be used frequently and affects your comfort. I know I’ve complained about the rocking chair before, and I probably will again. I had no idea how much time I would spend sitting and reading to my grandchild, rocking him, and holding him while he slept. I went cheap on the chair, and I regret it every time I try to get out of the darn thing with an ever increasingly heavy, sleeping baby in my arms. A little detail that evolves into a pain, literally.

Conversely, in the beginning I bought expensive baby clothes, but I soon learned clothes are not worth the extra money; they grow out of them way too fast. Now I buy many of his clothes at Target, and I also found some great deals at the semi-annual Just Between Friends sale (there is another one in August!)! I also bought a few toys at the JBF sale, but the toys he seems to favor are free. He likes to use my shoes to wear on his hands and push around the floor, he loves to “play” with the cats by following them all over the house, and if his obsession with the broom continues, I will eventually have a clean house! But the best “toy” at our house is grandparent time and attention; playing, singing, reading and talking don’t cost a thing! 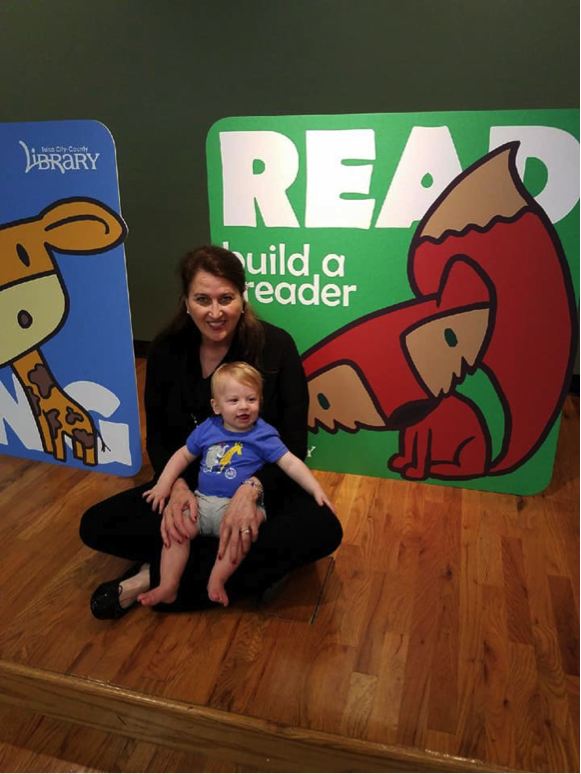 We love reading and the Tulsa City-County Library! There are so many free resources and fun events at the library!

4. I worry more, something I didn’t anticipate.

My worry has sometimes even leaked into my subconscious, invading my peaceful sleep with troubling nightmares. Every time I hear about a grandparent backing over a child, a toddler drowning in the grandparent’s pool or a child being left in a hot car, I panic. I have no doubts about my grandchild’s parents’ capabilities, and I think I’m a fairly competent person, but mistakes can be made, accidents happen. Loving this child so intensely has made me feel unexpectedly vulnerable.

5. One of the first lessons a child learns when playing with others is sharing, a lesson with which I’m still struggling.

Sometimes I catch myself “hogging” my grandchild when we’re all together, and I have to be reminded that other people want a chance also.  Callister is fortunate to have plenty of people in his life that love him, there’s enough love to be shared.

6. When you venture out with the grandchild make sure you’re prepared for all contingencies.

I use a backpack as a diaper bag, and I keep it stocked with all the normal supplies plus a few books and toys in case we have a long wait somewhere. I thought I was well prepared, but one day he spilled water all over himself and I discovered the extra outfit I always keep had been used and not replaced. Fortunately, it was a warm day and we made do until we got home, but it taught me to double check supplies. A good scout (even when they’re 60) is always prepared.

7. I thought I was in reasonably good shape, but once my grandson learned to crawl all delusions of fitness evaporated.

I may be able to do a triathlon and run a half marathon, but I am no match for a speedy baby crawling gleefully towards the cat’s swishing, bushy tail.  And what is it with babies and electrical outlets? Is there a mind control device planted in the outlets chanting at decibels unheard by adult ears, “Baby, come to me, crawl to me fast”? I should have hired a personal trainer to get prepared for the biggest athletic event ever: being a grandparent to a mobile child.

This is my motto for all my relationships, but I think it’s especially true as a grandparent. Offering advice when it’s not asked for often comes across as criticism and creates hurt feelings and resentment. Unless you feel your grandchild is in danger, keep your opinion to yourself. I’m not saying it’s always easy but show some self-restraint for the sake of maintaining good relationships.

9. My priorities have shifted since I became a grandparent.

I’ve always loved to travel, but now I find myself reluctantly agreeing to go on trips with my husband. The thought of being away from my grandchild for very long seems dreadful. What milestones will he accomplish while we’re gone, will he remember us when we get back, how will I go more than a few days without his sweet snuggles? Luckily my husband feels the same so we’ve agreed we can’t be gone more than two weeks in a row. I used to be disciplined about my exercise plan and although I still make it to the gym most days, it doesn’t seem quite as important. If it’s a tossup between a treadmill run and a visit with my grandchild, guess which one takes priority?

10. All those ridiculous quotes and mushy sayings about grandchildren I used to mock, they are absolutely true!

I hate to jump on the corny train, but becoming a grandparent is almost like joining a secret society. I’ve drank the Kool-Aid and there’s no going back. 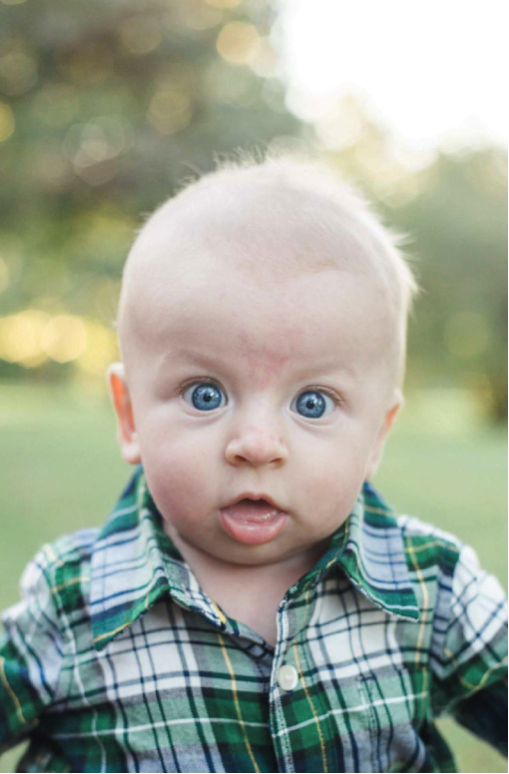 As we’re about to celebrate my first grandchild’s first birthday I marvel at how a person I didn’t even know a year ago has managed to worm his way into my life, the tentacles of his magical little self infiltrating every particle of my being. There is a new place in my heart I didn’t even know existed, a space that had apparently been reserved especially for a grandchild. Grandparenting is all they said it would be and oh, so much more! Being a grandparent is like finding one last chewy, chocolatey piece of brownie in the bottom of your Ben and Jerry’s pint of ice cream. Just when you thought all the good stuff was gone, you discover the best part was saved for last. Happy first birthday to my delectably delicious morsel of grandbaby love!