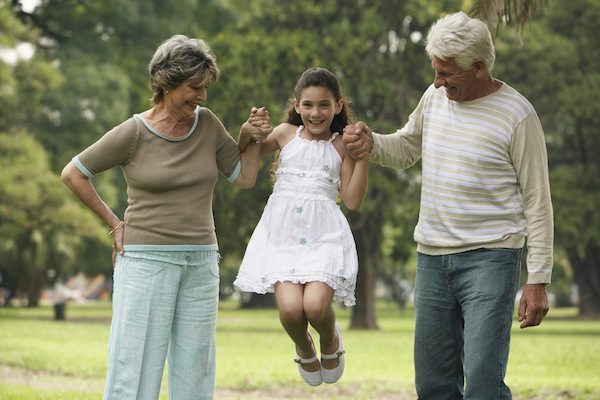 Mike and Susan were enjoying the empty nest stage of life. The hard work of raising kids was behind them and a retirement of travel and leisure ahead of them. Then came the phone call. Their son had been arrested for distributing methamphetamines and endangering a minor. That minor was their four-year-old grandson.

The nightmare of the court system, prison and unsuccessful drug rehabilitation for their son began. The mother of the grandchild had her own problems and wasn’t able to provide for the child on a stable basis, so Mike and Susan took their grandson into their home and have been raising him for the last three years.

Mike is angry at his son. Angry that he has ruined his own life, put his child’s safety and happiness at risk and greatly altered his and his wife’s life. The money they carefully put away in their nest egg has now been spent on legal fees for their son, multiple attempts at drug rehabilitation and even more legal fees to gain guardianship of their grandson. They aren’t the indulgent, part-time grandparents they had planned on being. Essentially, they are full-time parents all over again.

Unfortunately, Mike and Susan’s story is all too common, especially in Oklahoma, which ranks in the top ten states with the highest number of grandparents raising grandchildren. Mike and Susan’s grandson is one of the 72,000 children in Oklahoma being raised by grandparents, and those numbers only reflect what is reported. There are many “kinship care” situations that are informal and unreported, where the grandparents step up and fill in the gaps created by their adult children without any formal or legal arrangement.

Some of the most common reasons grandparents must take over are drug and alcohol abuse, mental illness, immaturity and military deployment. Grandparents raising grandchildren face a myriad of challenges: economic pressures, physical and emotional stresses and legal issues are some of the typical concerns. Navigating the complex system of benefits and services can be overwhelming and frustrating. Many grandparents placed in the role of raising their grandchildren have complicated and sometimes conflicting emotions in regards to their adult children and their role as full-time caregivers to their grandchildren.

It’s essential to find support, a place to share concerns in a confidential, judgment-free zone with others going through similar situations.  Here are some resources for grandparents raising grandchildren: