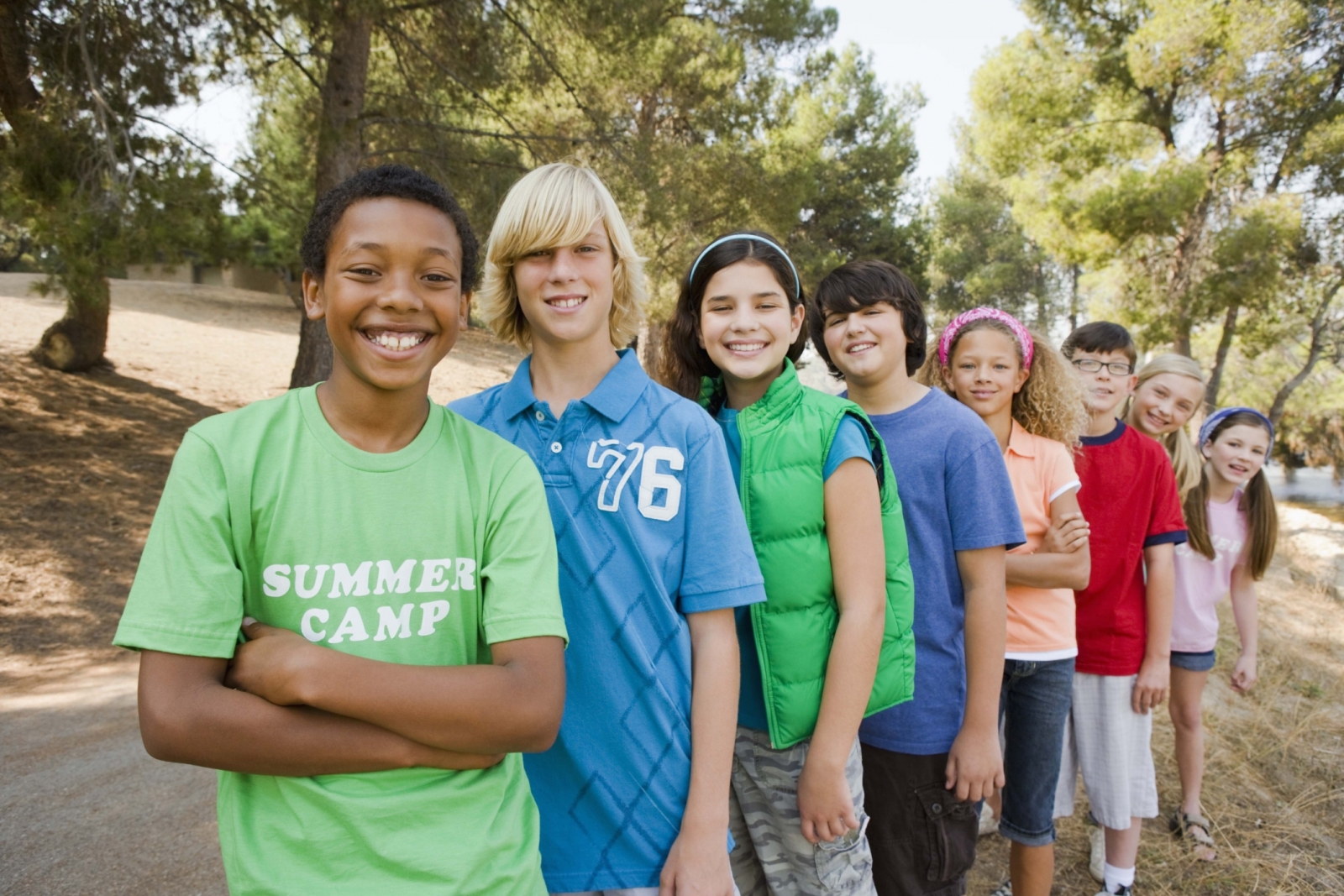 When we were kids, summer camp meant something different to us than it does to our children. For us, camp meant camp: cabins or tents, canoeing, hiking, singing songs around a campfire, and general camaraderie. Children today are much more active, much more schedule-oriented, and generally just busier. Consequently, the very dynamics of summer camp have changed. Camps offered now are much more focused and detail oriented. There’s soccer camp, art camp, violin camp, space camp, leadership camp, paleontology camp, etc.

But there are some things about camp that truly haven’t changed: the general apprehension your children might feel the first time they attend camp. Here’s what seasoned camp veterans had to say to children that are going off to camp for the first time.

Some kids handle being away from home better than others. In a dorm room with nine other campers, fourth grader Dakota Lopez recalls 2-3 kids that got homesick. “We felt bad for them, but we all tried to make them feel better. We brought them junk food and soda.” It’s a great opportunity for the kids that don’t get homesick to step up and show their sympathy and their new friendship skills. And the ones that do get homesick learn just how much they can rely on their peers to get them through difficulties. It’s a great learning experience for all campers.

“I didn’t like missing my mom,” said 10-year-old Michael “but when the kids cheered me up instead of teasing me, I felt better.”

As a sixth-grader, Elise Finlinson is a seasoned camper. She’s been attending summer camps since she was in first grade. “Camp is great because you get to explore things you wouldn’t get to do in school or learn about,” she says with a smile.

Elise has found a new love of art that wasn’t cultivated during the school year, but has stuck with her since last summer’s camp. She has since expanded her knowledge and delved into different artistic mediums with the help of an art teacher she sees outside of school.

Dakota reminisced about the sketches she and her roommates were tasked with writing and performing at Soccer Camp last summer. “It was SO COOL!” she said. “We got to perform it in front of all the other campers and the coaches. That was the best part of camp.” It was also unexpected. She was expecting all things soccer. But her favorite memory from Soccer camp had nothing to do with soccer.

This sounds like a pretty straightforward bit of advice, but sometimes children need to be reminded to have a little fun, lest they get caught up in the stress of the “new.” A new environment, new rules, new daily activities and routines.

“I love camp!” said 5-year-old Anna Finlinson. “I don’t ever miss my mom because I’m too busy having fun.” Anna attended Princess Dance camp last summer, and is looking forward to “more and more and more camp” this summer.

Michael found unexpected fun as well. “I didn’t think I would like the hiking, but it ended up being pretty cool” said Michael.

One of the best parts about summer camp is the ability to “make new friends,” Dakota said. “Some of them I’m still friends with from last summer’s soccer camp.”

Every child I asked had the same bit of advice right from the start: Don’t be shy.

“Camp only lasts a week, and if you wait until the last few days of camp to make friends, you’ve missed out on half the fun” Elise said.

Regardless of the type of camp you and your children have chosen, encourage them to make the most of it. It will go by faster than either one of you expect. If your child can embrace the opportunities presented before him, he will have a much more enriched experience.

Elise says that “summer camp is much cooler than regular school because although we’re still learning stuff, we’re not stuck behind a desk all day.”

Even Michael, who was the most apprehensive about attending summer camp, said he would “do it again” this summer. He found confidence and security in knowing he can rely upon himself, and trust in his peers to help him if he feels homesick. “Riding horses was pretty cool, too,” he said.

While summer camp may only last a week or so, the memories really do last a lifetime. See for yourself: ask children you know about their summer camp experiences and you’ll see their faces light up with the memories. Have your first-time camper talk to other children that have already attended. They are more than willing to share their experiences. Their energy and excitement about it can be quite contagious!