Plus, a recipe for Stuffed Peppers

So, here’s the update on my husband’s dinner last night. It was amazing. Not only did it taste delicious, but the presentation was quite spectacular. He made a recipe for stuffed peppers, but these are not your mother’s stuffed peppers. I don’t know if he did this on purpose, but he chose a variety of colors. And, he placed the tops (with the stems neatly removed) underneath the peppers, so each one appeared to be sitting on it’s own little platform. Very clever. See what I mean about the presentation. 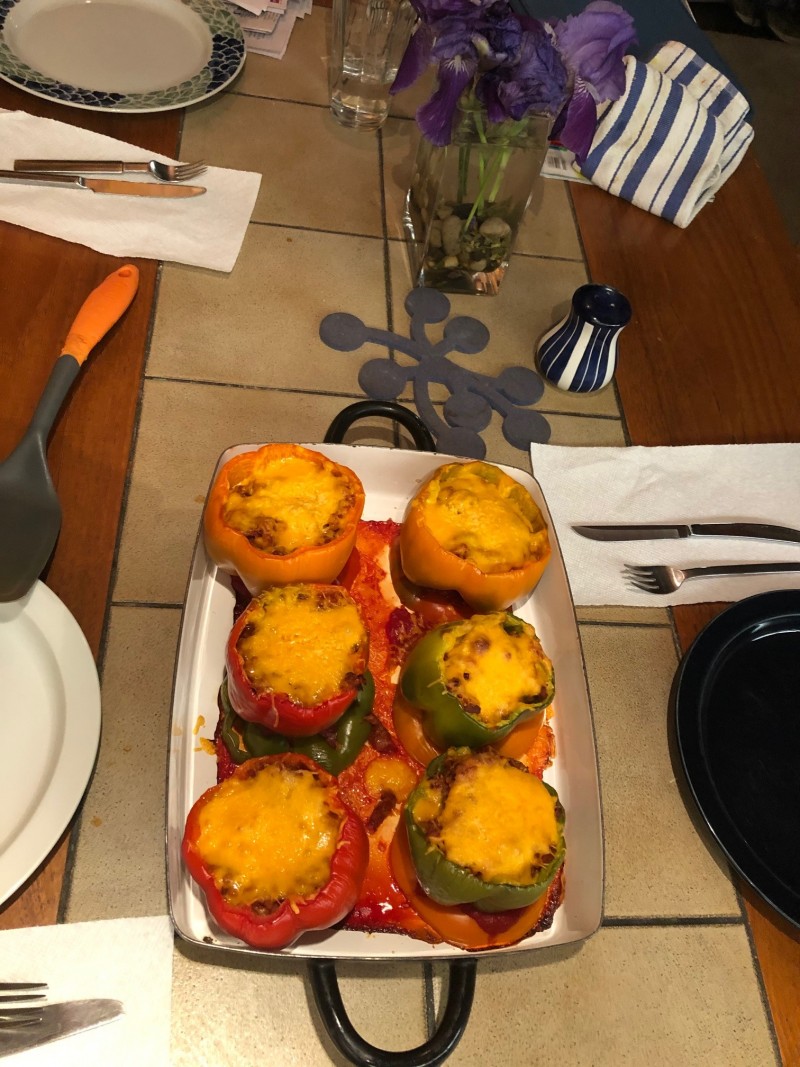 When my daughter and I returned from walking the dog, we found him in the the kitchen, music on, stirring up the filling in a large skillet. Knife, pans, extraneous pieces of onion, cheese and garlic littered the kitchen. My daughter and I escaped to the back patio to do yoga to get out of his way.

Apparently, my husband encountered few problems with the recipe. He did stick his head out at one point to ask if he should just turn the oven on to 350 because it didn’t say on the recipe. I told him to look up at the top because usually you’re supposed to preheat the oven. Other than that….

Here’s the recipe for stuffed peppers. They were really good! 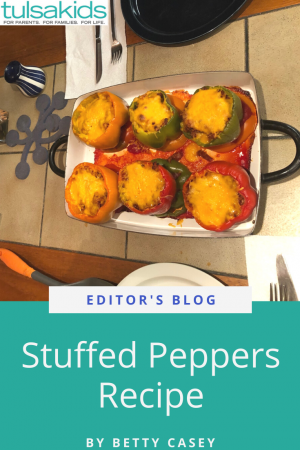