My Husband is Cooking Today

My husband watches cooking shows. He even saves them to watch later. I’ve gotten some good recipes based on his recommendations from something he’s seen on Giada at Home or Barefoot Contessa. But my husband doesn’t cook. He eats. 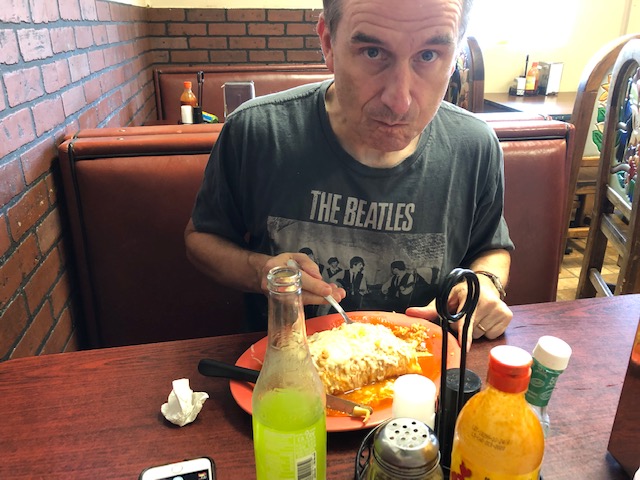 In his defense, he hasn’t had to cook because I love cooking. I find it relaxing and creative, and I like to eat good food. My daughter is home with us right now because she’s a graduate student and didn’t return to the University of Illinois after spring break. She’s a teaching assistant, so she’s been teaching her three sections online. She’s a great cook, but has enjoyed having me cook for her while she’s here. We’ve had salmon tacos, curry, a couple of different Asian dishes, pork tenderloin with a honey mustard glaze, homemade spaghetti and meatballs…you get the idea – healthy foods with fresh ingredients. I’ve already used some lettuce from my garden. When my husband goes to the store, he buys primarily processed foods, or maybe frozen. Or soup. Bean with Bacon soup.

I say all this because my husband is cooking tonight. This Coronavirus quarantine has brought out the inner cooks in a lot of people. Over the weekend, he announced to me and my daughter that he was going to make something for dinner on Wednesday night. Using a recipe. And real food. He’s been talking about it for three days – throwing ideas out. He’s nervous.

Our daughter has been encouraging, suggesting general “themes” such as Mexican food or comfort food. Or, something from her own childhood that I used to make – sloppy Joes. He thought he might want to do comfort food, so I gave him a couple of cookbooks to look through, but otherwise have tried to stay out of it. He’s been playing it close to the vest, which means he hasn’t decided yet.

This morning he announced that he would be going to the grocery store.

“Yes, I think so,” he said, looking slightly panicked.

“Are you nervous?” I asked.

Our sweet daughter of course said, “I’m sure it will be really good.”

This shelter in place stuff may have a silver lining. Maybe my husband will gain enough cooking confidence to make dinner once a week while I sit with a glass of wine and watch. It might be better than a cooking show.

I’ll let you know what he makes. I’m sure it will be really good.

Do you have some great recipes that you use or have discovered during your time at home? Share them with us! My husband needs some ideas. 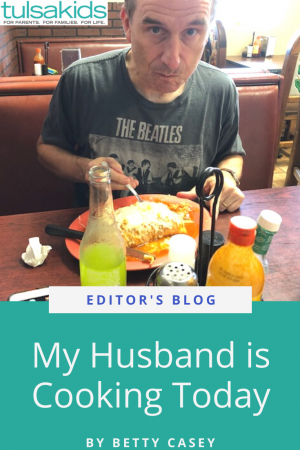