Last year, I shared some recipes for “Finger Foods” (aka, food that you can both eat with your fingers and that looks like fingers) from the “Ghoulish Goodies” cookbook. This year, I took my search for Halloween recipes a little farther abroad, to the Internet. Google did not fail me, and I discovered several ideas for spooky treats that I thought would be a hit with Joss, and that he could probably help make as well.

This is hardly worthy of being called a recipe, but it’s still a fun, semi-healthy treat that’s also quite amusing. All you need is an apple, peanut butter (or your favorite nut butter) and marshmallows. Just cut the apple into slices, spread a little peanut butter on each slice, line up a row of marshmallows on an apple slice and top it with another, creating a “mouth.” Repeat with remaining apple slices. Don’t forget to take pictures! 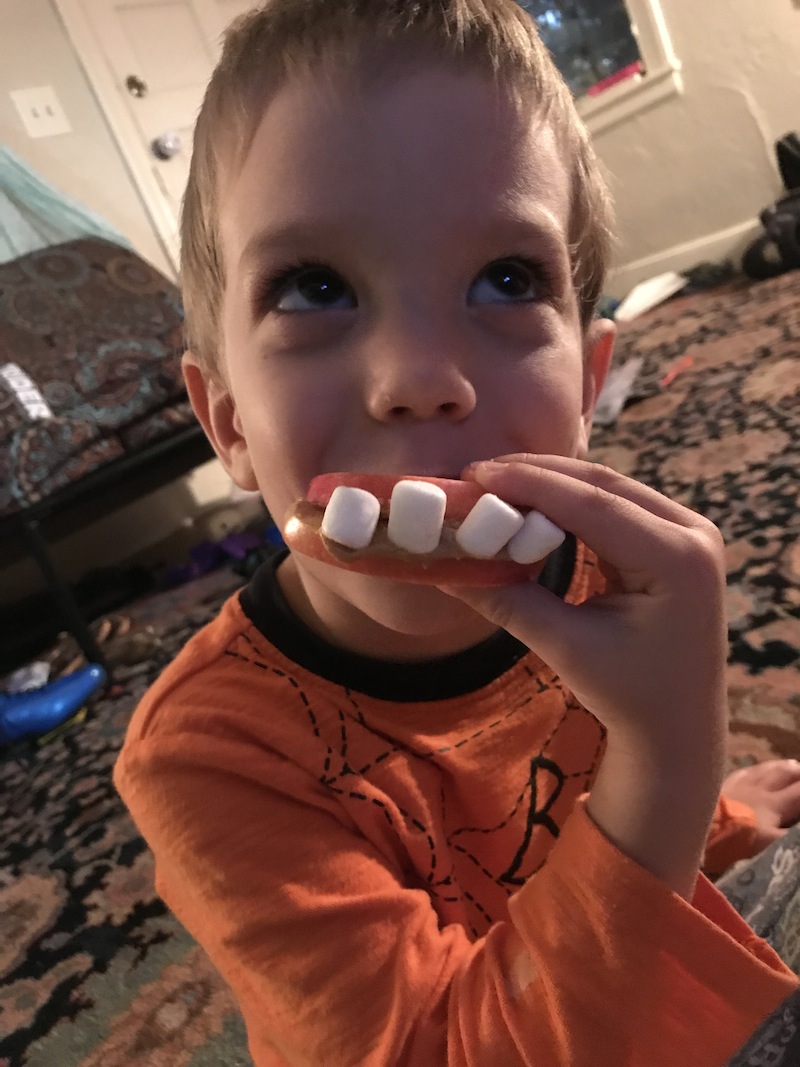 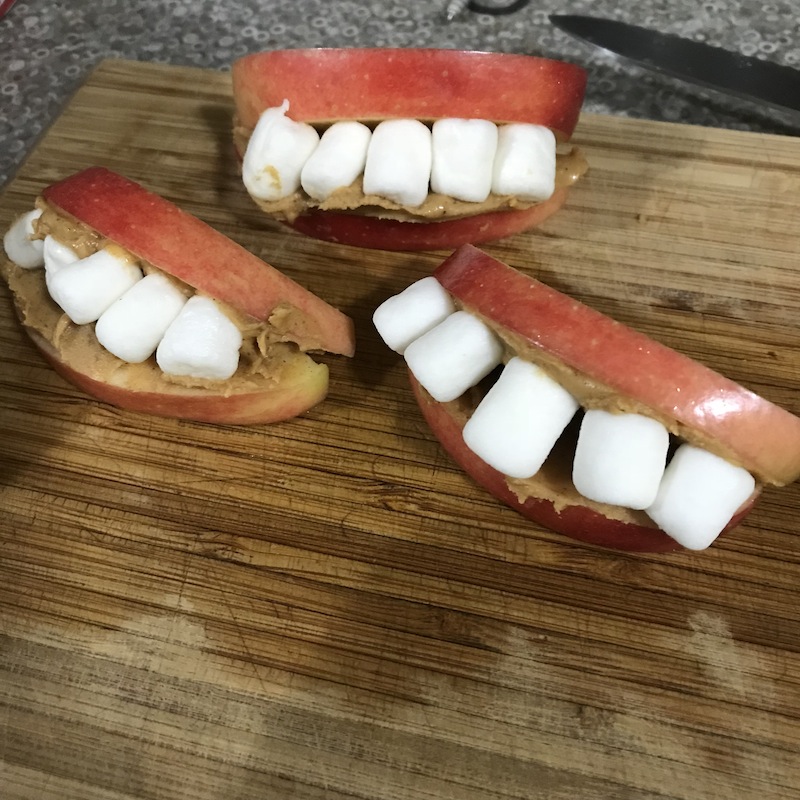 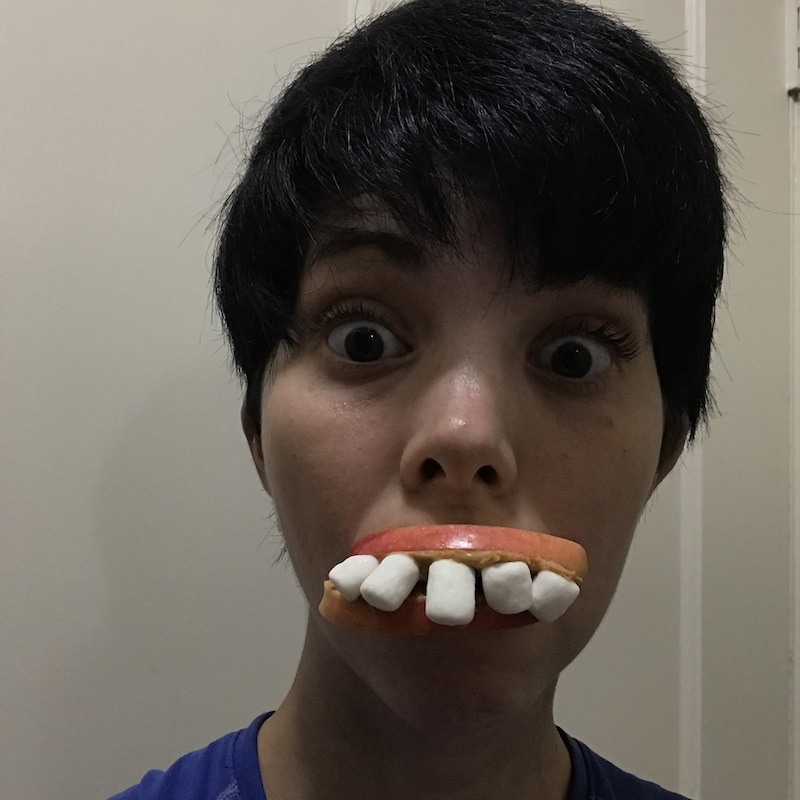 Another simple one. All you need is a can of crescent rolls, some sliced cheddar cheese, hot dogs and mustard. Cut the crescent rolls into thin strips, and cut the cheese into hotdog-width slices. Hold cheese to the back of a hot dog and wrap with crescent roll strips, which will both hold the cheese in place and give the hot dog its mummy-like appearance. (Ideally, your child will be eager to help with this part! Joss was more into just squishing the crescent roll dough.) Bake at 375 degrees F for 13-17 minutes. Once removed from oven, use mustard to create “eyes.” (Note: Try to use mustard with a narrow squeeze tip…mine was too big and made it difficult to make proper eyes.) 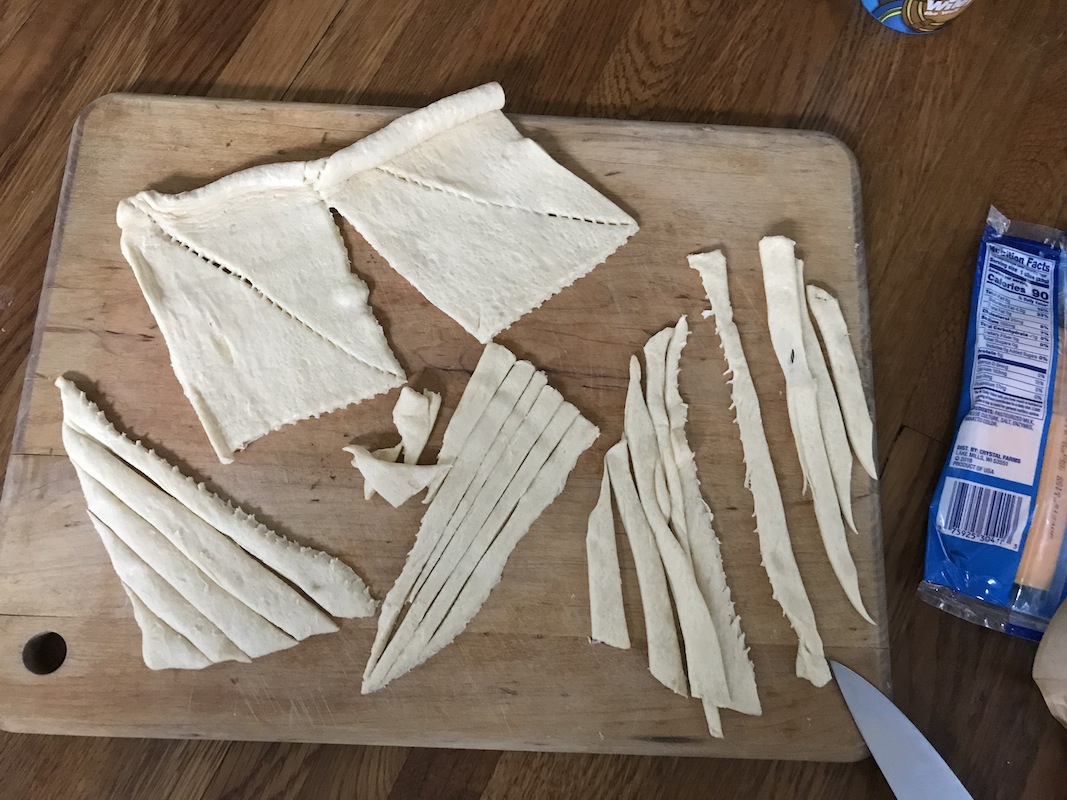 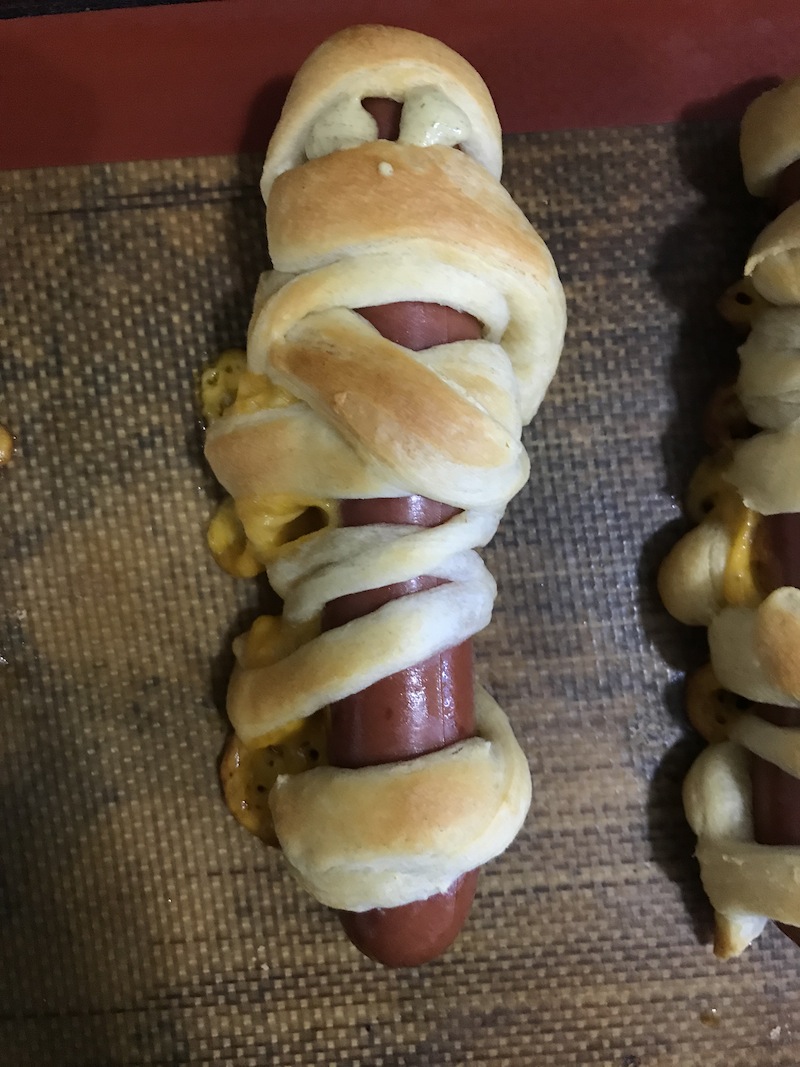 Cook meatballs. In a medium skillet, cook green peppers and onions in butter. While you’re waiting, slice olives, creating round circles that look like irises.

Once everything is done cooking, assemble sandwiches. Put some of the peppers/onions on a sandwich roll, and top with meatballs. Affix the olive “eyes” to the meatballs (I used toothpicks, but make sure you warn your guests/kids if you go this route!) If you want to spread mustard or other condiments on the top of the bun, go for it. 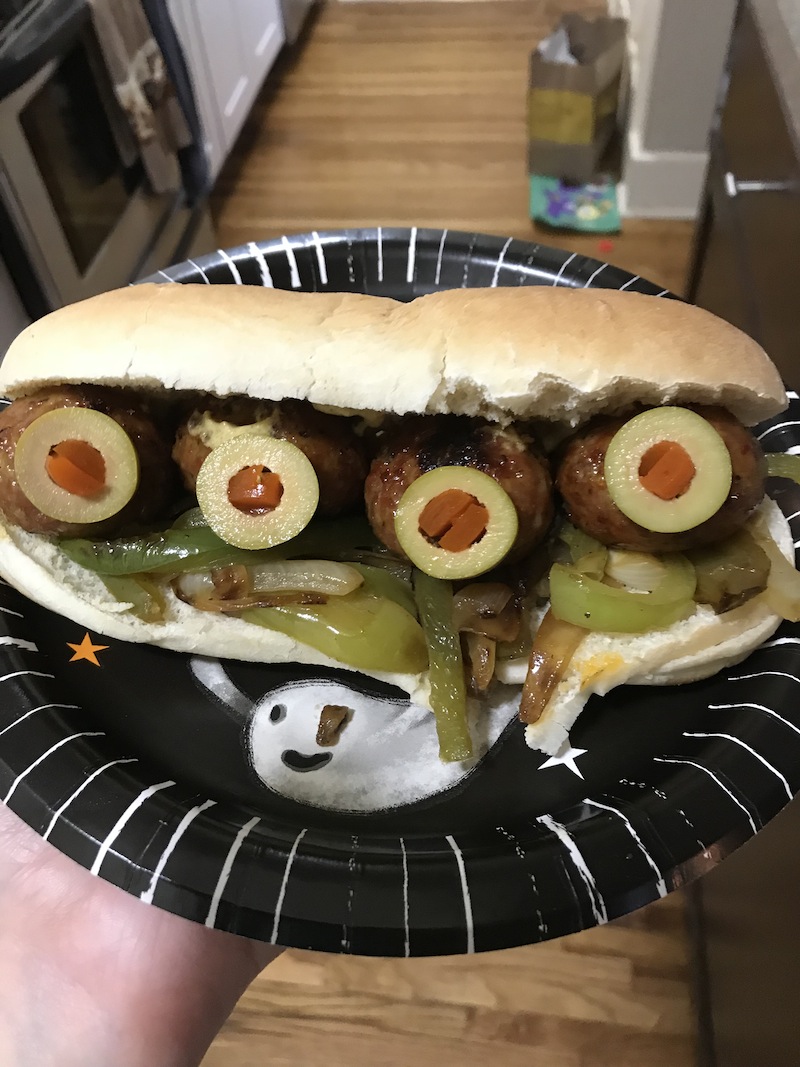 Spiders in My Pizza

I used this recipe as inspiration. 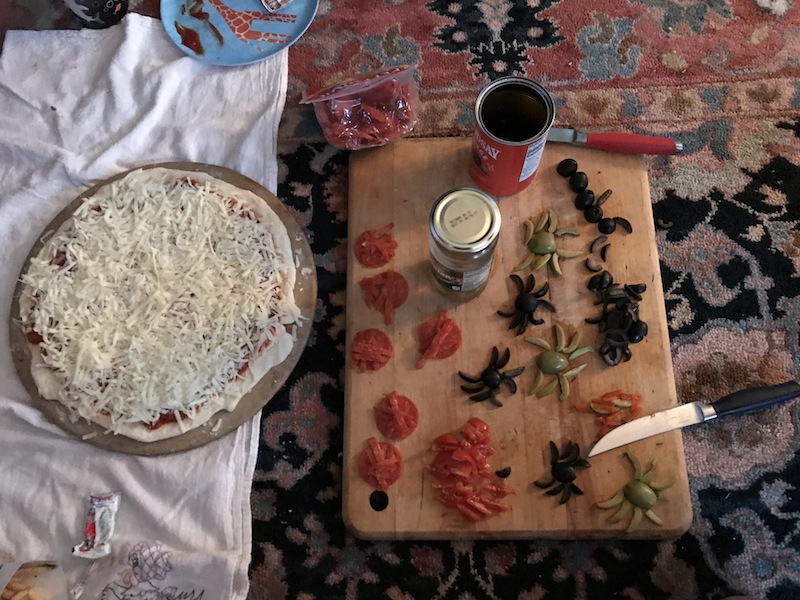 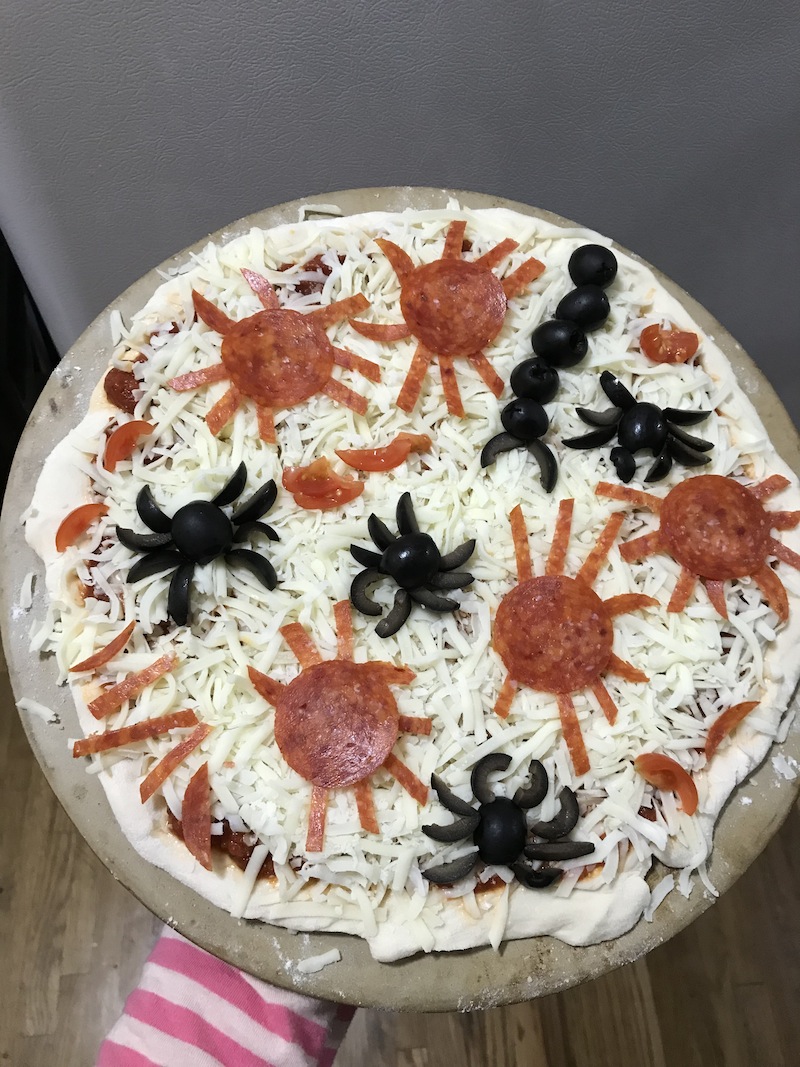 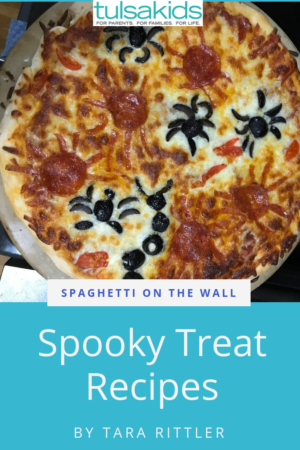