Sixth-grader Reminds Others to be Aware and Inclusive

Lia Van Buskirk Talk About Her Experience Having Celiac Disease

If being a 6th grader isn’t hard enough, 12-year-old Lia Van Buskirk lives with celiac disease, an invisible disorder that requires Lia to follow strict dietary guidelines. Celiac disease is an uncurable autoimmune disease that occurs in genetically predisposed people where the ingestion of gluten leads to damages in the small intestine. It is estimated that 1 in 100 people have the disease, as many people live undiagnosed. 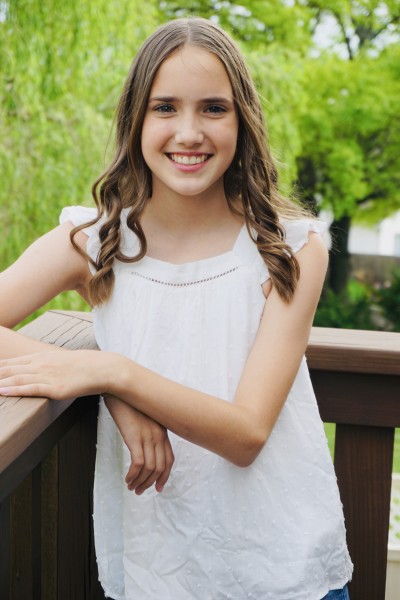 Q: At what age were you diagnosed with celiac disease, and what is it?

Lia: I was 2 ½. Celiac disease is an autoimmune disease where your immune system attacks itself whenever you ingest foods that contain gluten, which is a protein found in grains such as wheat, barley or rye because it thinks the grains are a foreign invader. Your body’s reaction to the gluten breaks down the villi in your intestines making it hard to collect nutrients from food. If you go for a long time without knowing you have celiac disease it can cause rashes, infertility, nerve damage and much more.

Q: In what ways has this changed your life?

Lia: Because I have been lucky enough to know about this disease since I was young, I don’t really remember what foods tasted like or how big of a change it was for me. But it still affects my everyday life. For as long as I can remember, I have had to bring my own food to birthday parties. I will bring a gluten-free cupcake and sometimes even pizza.

Another thing that people don’t really think about is sharing. A lot of times someone will ask me if I want some pretzels or Oreos and I always have to say no. I know some people have a hard time remembering, but it still bothers me. When I go out to eat, I have to ask a lot of questions about any gluten-free options and how they prepare the food in the kitchen to see if it is safe for me to eat. And there are a lot of places I can’t eat at because they don’t offer gluten free. In the last year, we found out about a donut place called Big Baby Rolls & Donuts. They have a safe gluten free section of donuts. Going into their store was the first time I ever walked into a donut store and actually could pick a donut that was safe for me to eat.

Q: What kind of questions do your friends ask regarding celiac disease?

Lia: A lot of my friends ask me, “Is it contagious?” When people hear disease, they automatically think of something that could impact them and their lives. I have probably said, “No, celiac disease is not contagious” about a million times. Another thing is people ask me what gluten is. It is surprising the amount of people who don’t really know what is inside of their food. Wheat is pretty normal, but barley isn’t a common thing sixth graders use in their vocabulary, so people ask, “What the heck is barley?”

Q: What is something you wish people would know about celiac disease?

Lia: I wish people would know that celiac disease isn’t an allergy, but a disease. It does not define me, but is a part of me.

Q: How can people be more inclusive when interacting with people who suffer from celiac disease?

Lia: If people were to just reach out before an event or party, I could bring my own treat. But whenever someone at school or church brings cinnamon rolls or cupcakes, it is awkward being the only person not eating anything. And I love sweets and want to enjoy them with everyone, too.

Q: How would you like to increase awareness regarding celiac disease?

Lia: My plan this summer is to start a small cupcake business with gluten-free cupcakes. I am going to donate 15 percent of my profits to the Celiac Disease Foundation.

Q: What hobbies do you have?

Lia: I love to bake different cakes and desserts, and experiment with flavors. I also play competitive soccer. I am also obsessed with books.

Q: What do you want to do in the future?

Lia: My dream is to attend Stanford and get my bachelor’s in youth counseling and my master’s in psychology.

Q: What is a fun fact about you?

Lia: I am obsessed with reading. In a schoolwide competition I read over 14,000 pages in three months. 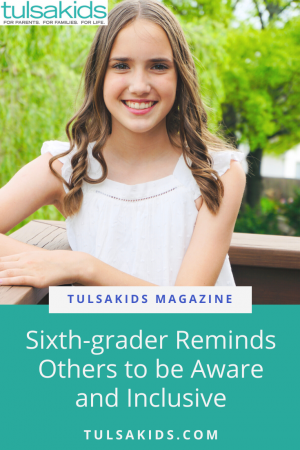