Six years ago, I attended the first Mini Maker Faire in Tulsa, a small but well-attended event on the northern stage at Guthrie Green. I remember getting a 3D printed button–the first time I’d seen a 3D printer in action!–and talking with a girl whose hobby was bleaching skulls and other animal bones, which was fascinating! 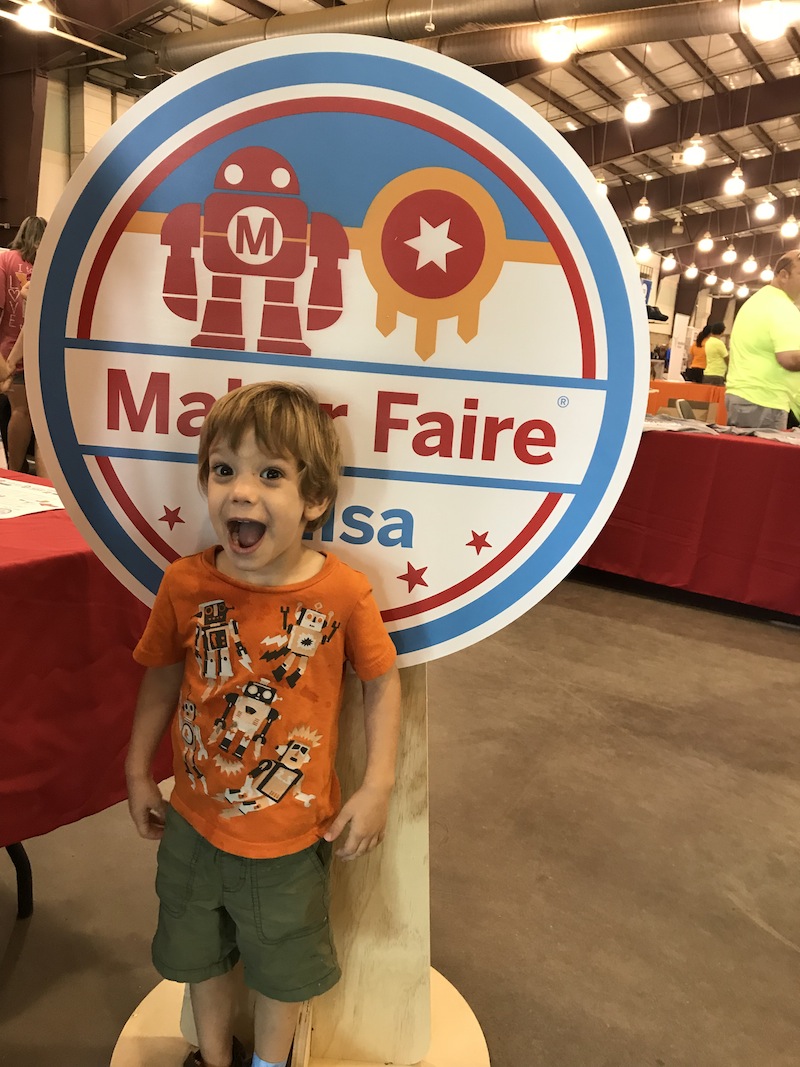 Fast-forward to this year’s Maker Faire hosted by Fab Lab Tulsa at Central Park Hall in Expo Square. Joss and I arrived just as the doors opened at 10 a.m., and there was already a (fast-moving) line formed. Since we’d preregistered online (the event is free, but preregistration was encouraged so they’d be able to better plan based on the projected number of attendees), we got in right away–but I was still impressed to see how many families were clearly excited about the Faire. It never felt over-crowded, and we never had to wait for any of the activities, but it is certainly a popular event! 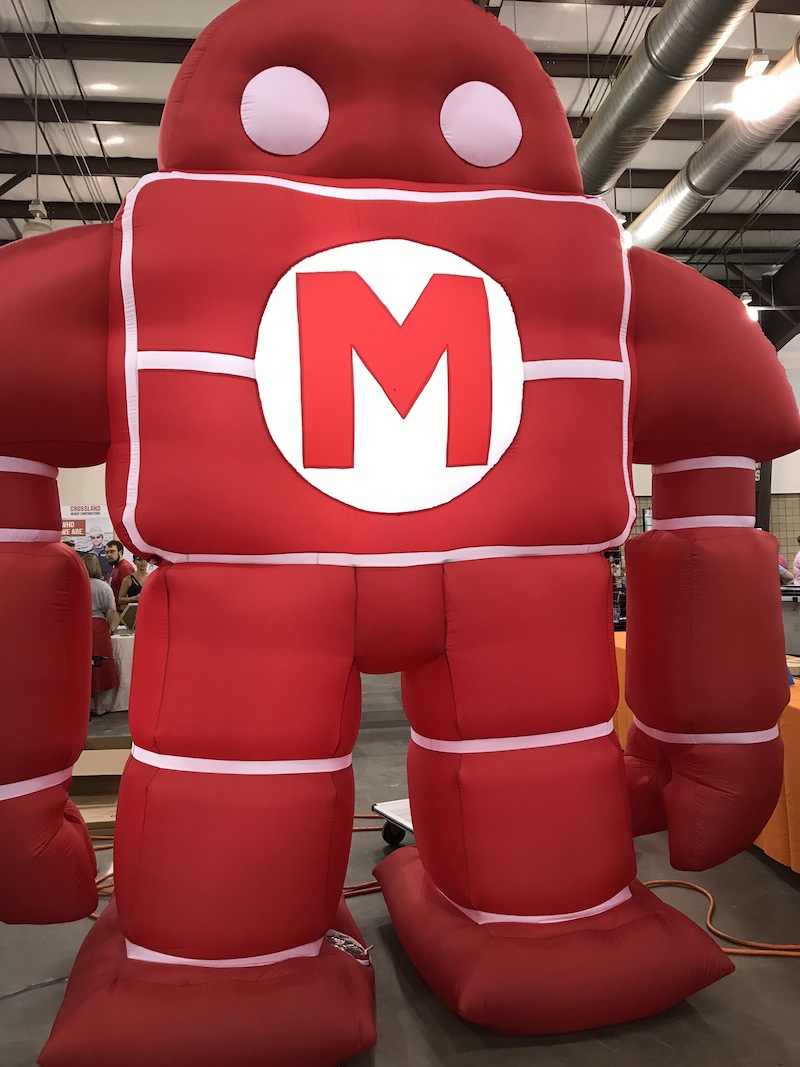 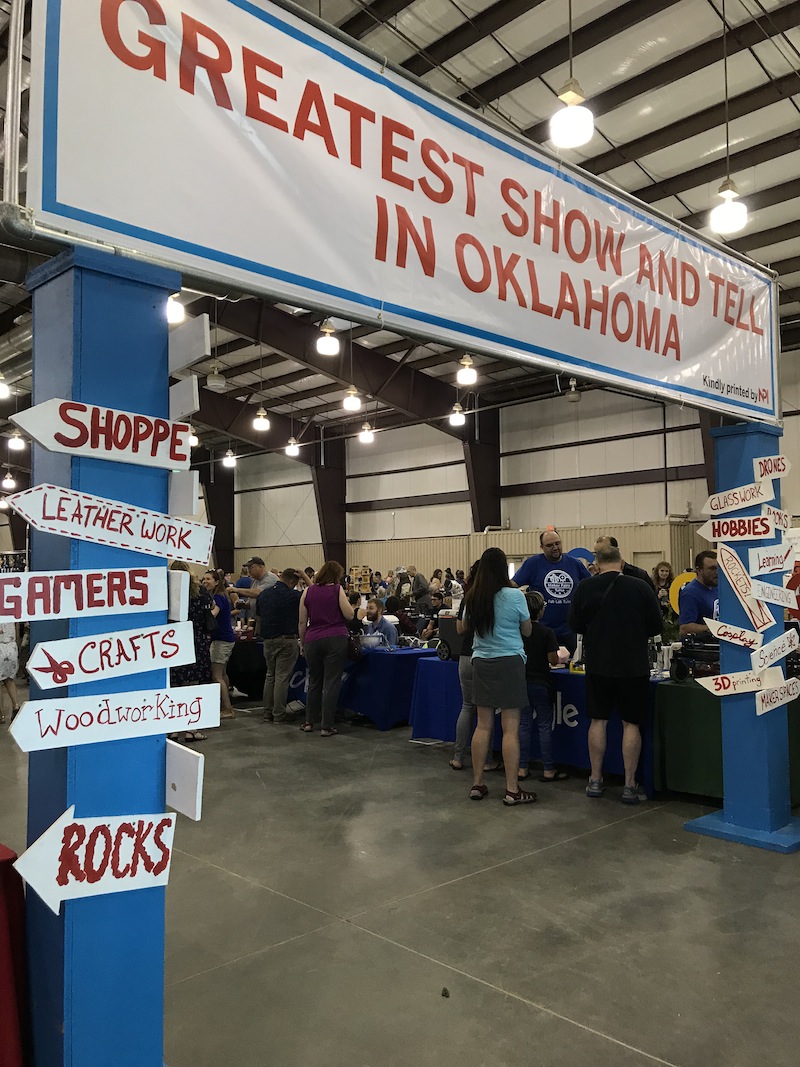 According to makerfaire.com, the first Maker Faire was held in 2006 in California. Since then, they have become an international phenomenon. Also according to the website, “Maker Faire is a gathering of fascinating, curious people who enjoy learning and who love sharing what they can do. It’s a venue for makers to show examples of their work and interact with others about it. Many makers say they have no other place to share what they do. DIY (Do-It-Yourself) is often invisible in our communities, taking place in shops, garages and on kitchen tables. It’s typically out of the spotlight of traditional art or science or craft events. Maker Faire makes visible these projects and ideas that we don’t encounter every day.” 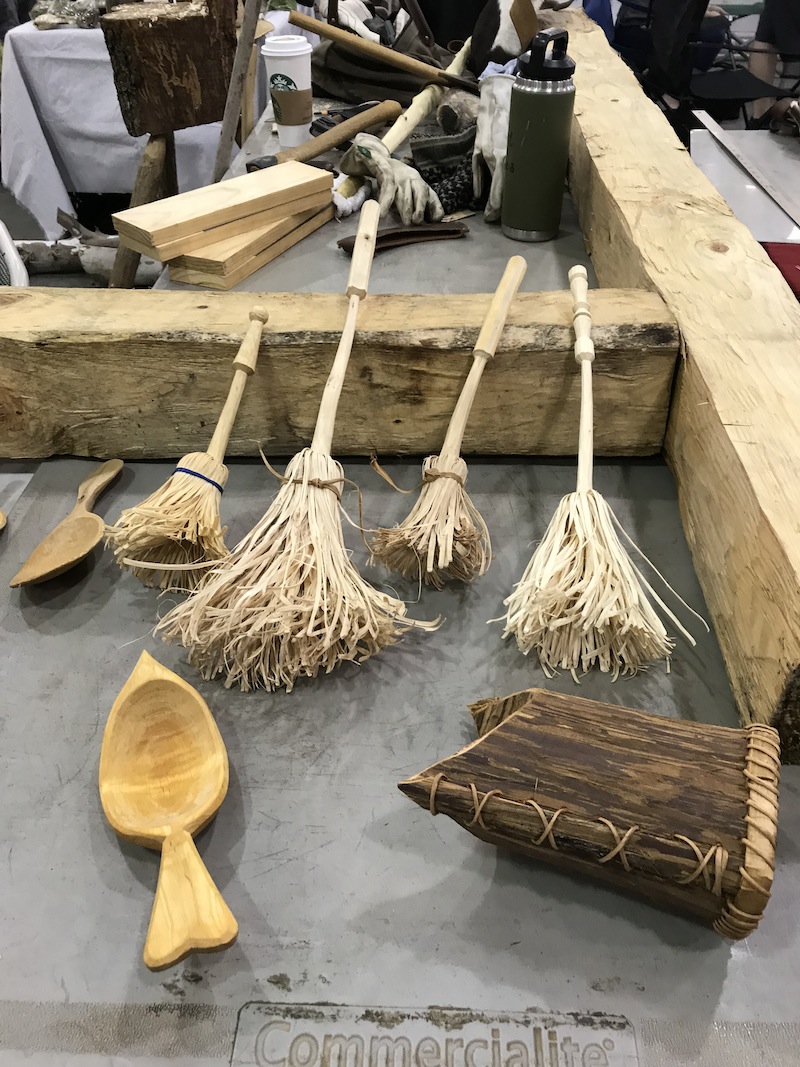 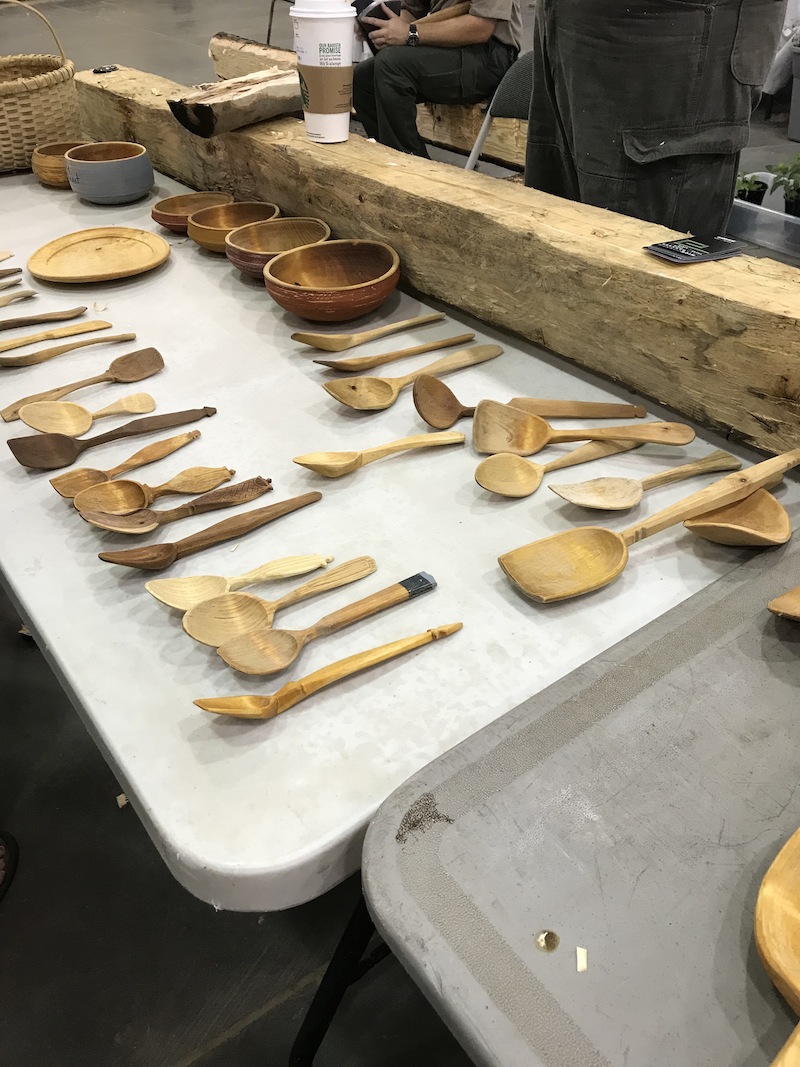 At Maker Faire Tulsa, Joss and I saw several robotics groups, handmade doll-makers, wild plant gatherers, a basket weaver, a pour painter, a polymer clay artist, taxidermists, model airplane builders, and more. The creativity was inspiring, and it is just wonderful to be reminded that there are people all over the Tulsa community with different passions and talents. 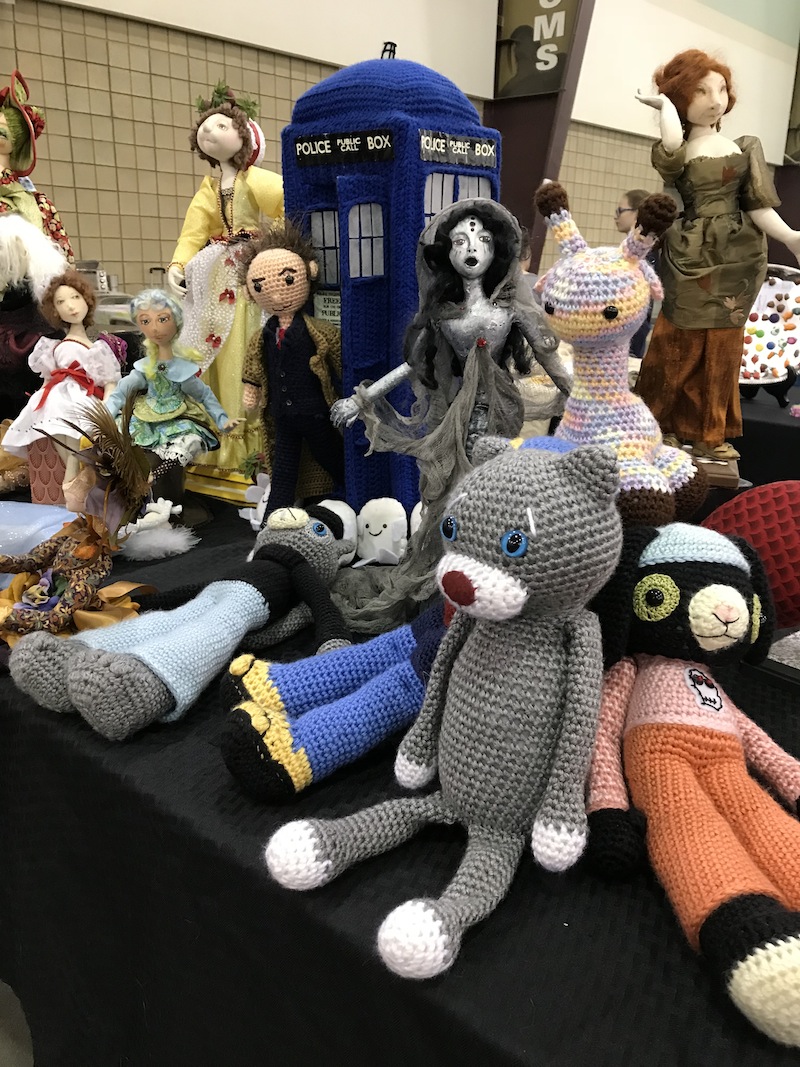 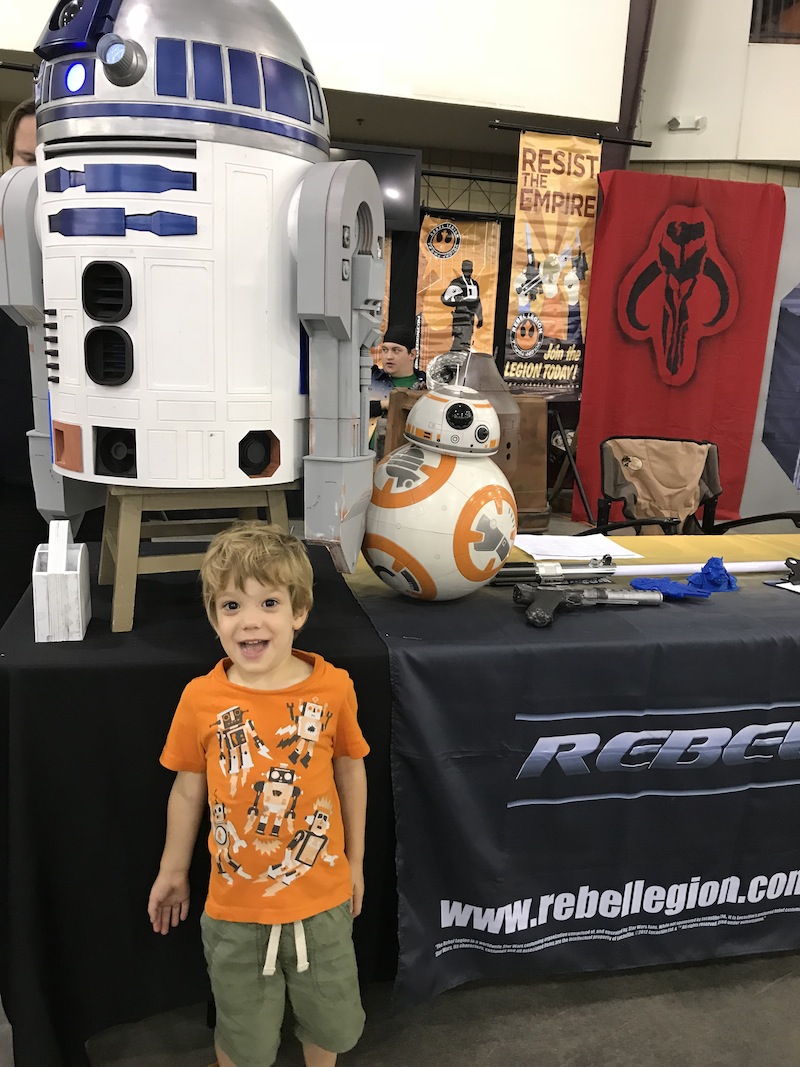 We met a man building his very own R2D2! Joss wanted his picture with it 🙂

There was also a kid’s area, where Joss got to build and “race” a small, rubber-band-powered boat. He loved this so much, we went back several times, which the volunteers were very nice about. Older kids could enjoy a soldering lesson, building a car that could race down a wooden track. 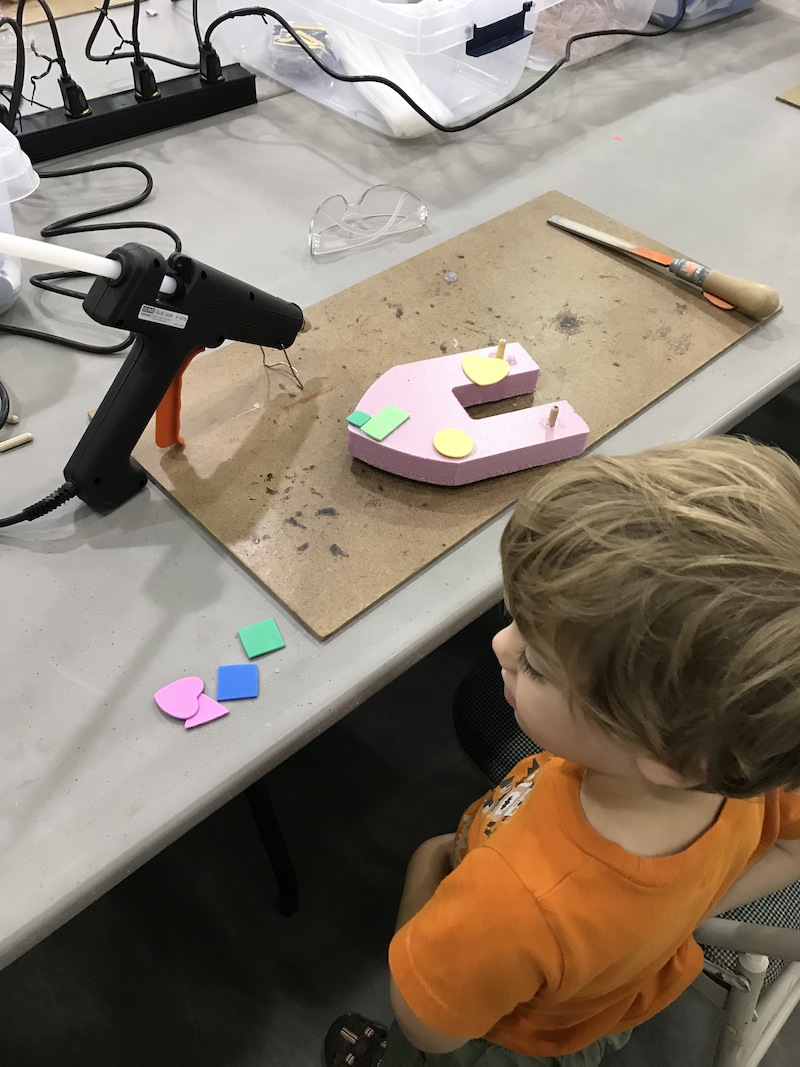 He had help with that glue gun!

Other activities Joss enjoyed were: collecting a sample of “Martian earth” from The STEMcell Science Shop (this was made using Earthen materials but designed to mimic the composition of Martian dirt), high-fiving Stormtrooper cosplayers and getting eye-to-eye with baby velociraptors. 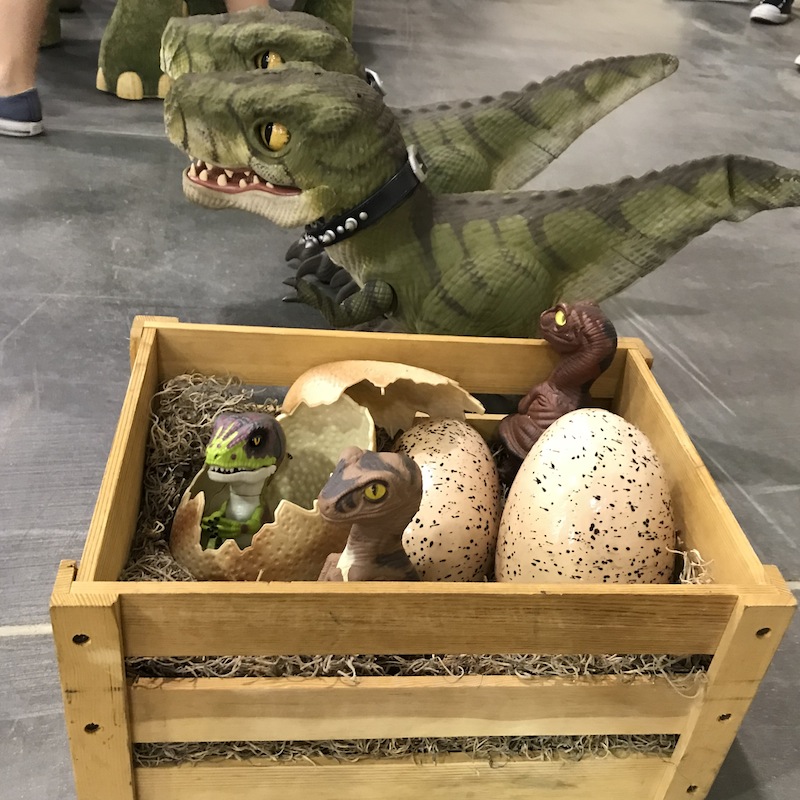 These were “parked” next to a Jurassic Park-styled Jeep

One of my favorite booths was sponsored by Oklahoma Wildcrafting, a group focused on learning about and using native plants for edible or medicinal purposes. They had labeled probably at least 50 native Oklahoma plants; plus, they had tinctures, jams, etc., on display, all of which had been made using native plants. Kids could do a scavenger hunt, and Joss got to paint a picture using pokeweed juice! 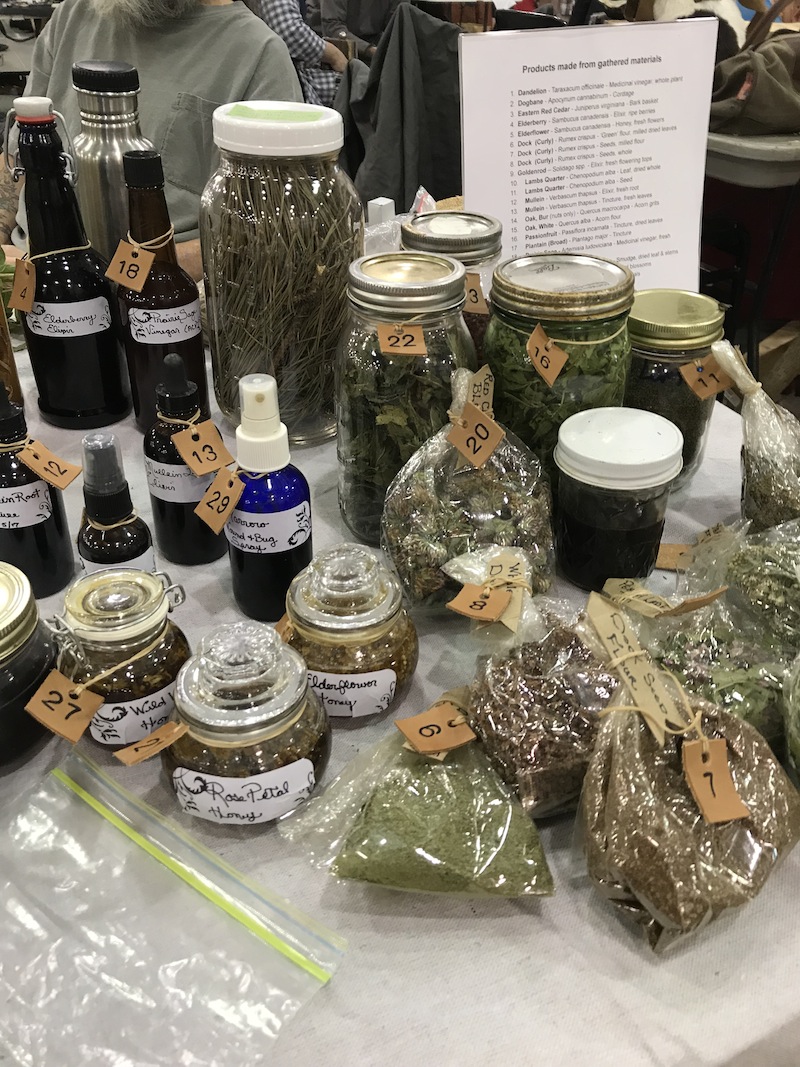 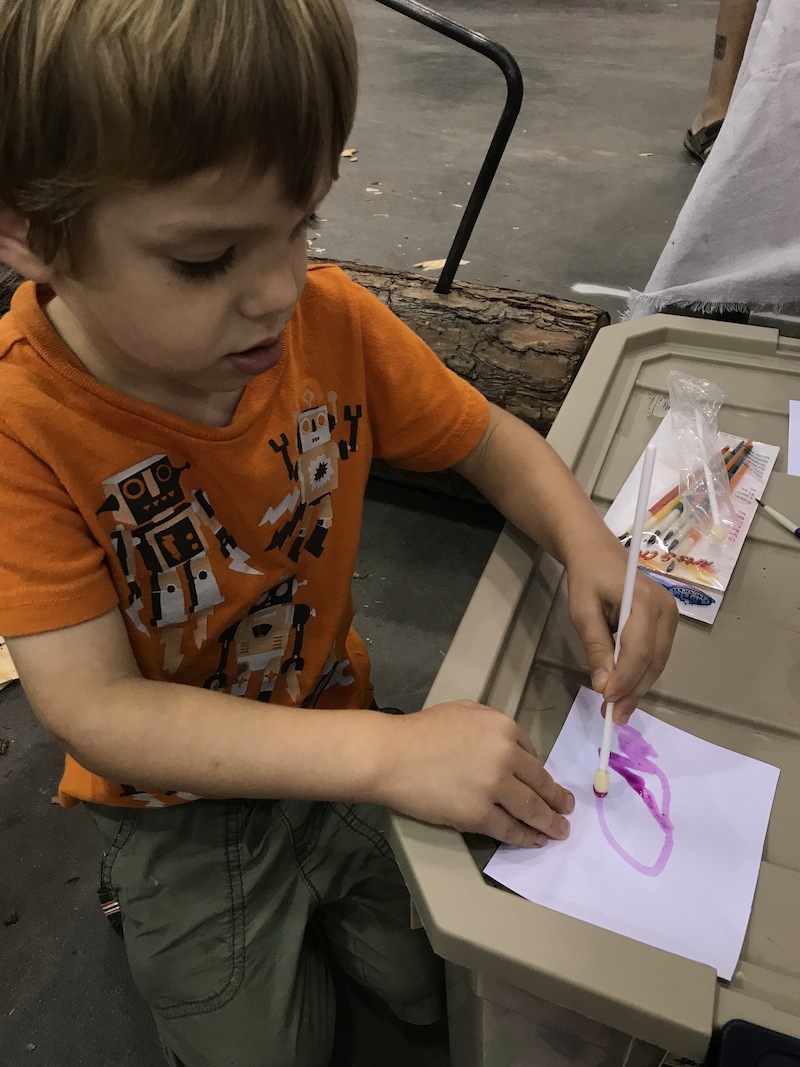 Sadly, Joss was a bit too nervous to ride Tulsa Pop! Kids’ life-sized Toothless (although he did ride Toothless at Tokyo in Tulsa!), and he was too young to try his hand at basket weaving, and we missed the DIY pour paint demonstrations…but we will just have to go back next year! 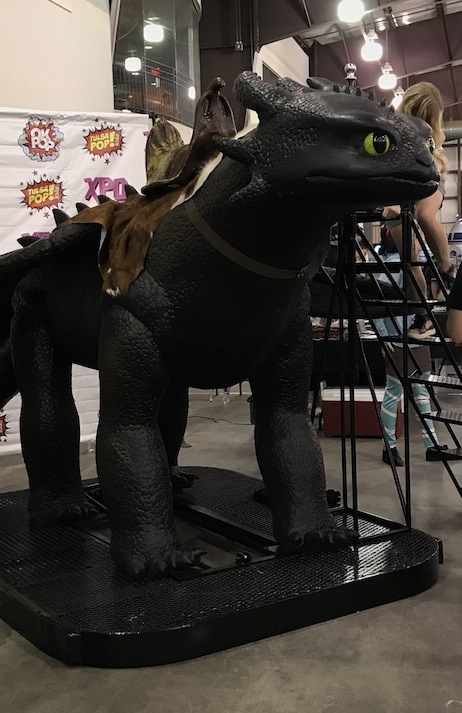 All told, we had a fabulous time and can attest that Maker Faire Tulsa is indeed “The Greatest Show and Tell in Oklahoma.” Visit tulsa.makerfaire.com for updates about next year’s Faire!