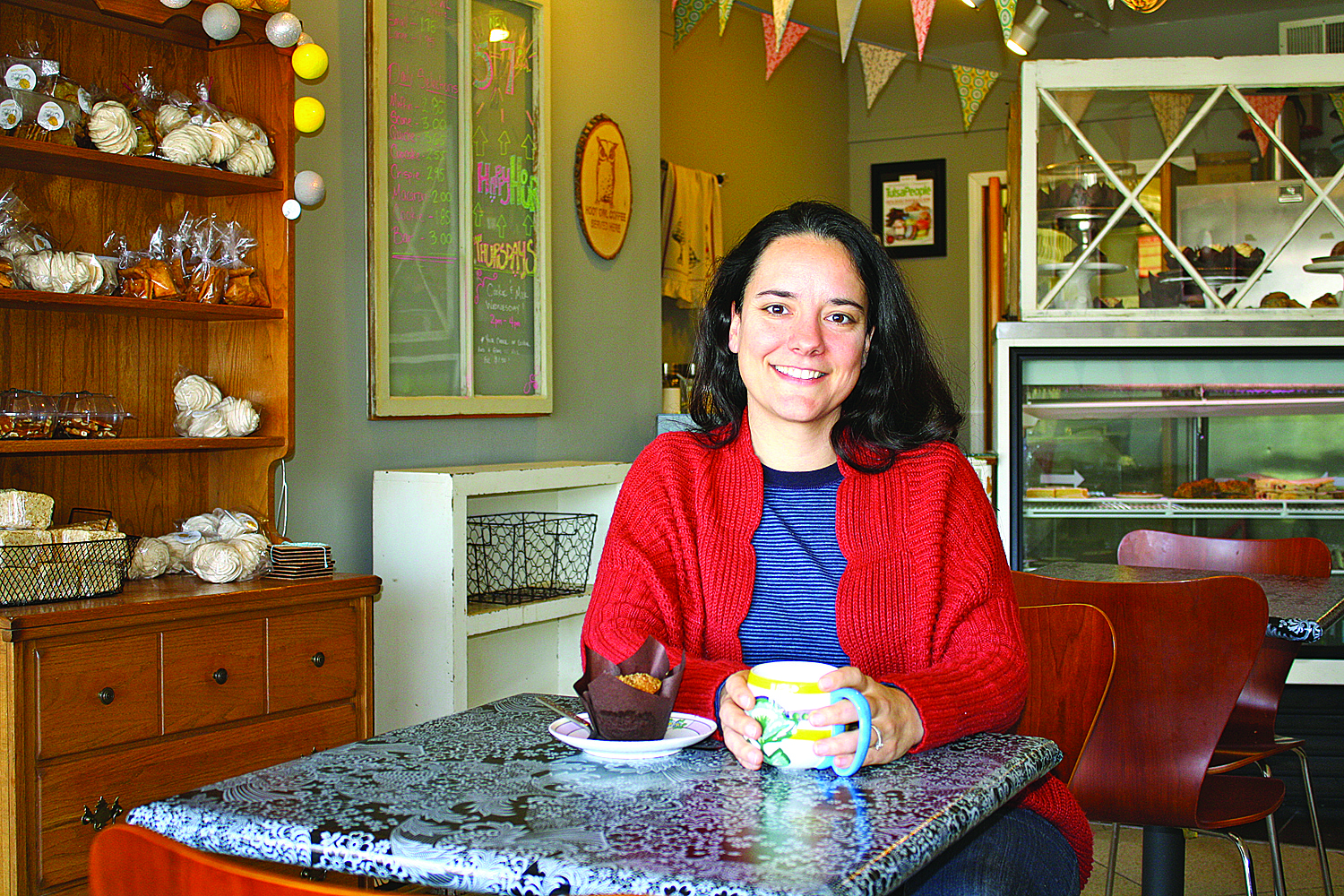 Life from Scratch: A Memoir of Food, Family, and Forgiveness (National Geographic Books, March 2015) was not the book Tulsan and food blogger Sasha Martin set out to write. Initially, Martin had planned to take readers on a cultural adventure through recipes from around the world based on her Global Table Adventure blog (www.globaltableadventure.com). While a taste of food from around the world would have been delicious enough, the memoir that Martin ultimately wrote is far more satisfying.

She will be signing her book on Tues., March 3, 7 p.m. at the Retro Den, 1216 S. Harvard. I sat down to talk with Martin at Antoinette Baking Co. on Peoria where she did much of her writing in the morning, switching over to The Phoenix Café at lunchtime.

When I received the review copy of Life from Scratch, I flipped through, reading passages at different spots. A year ago, I had heard that National Geographic had signed Martin to do a book, so I was confused by what I was reading. It was not a recipe book, although it contained recipes. In fact, the book reminded me of Jeannette Walls’ The Glass Castle.

Martin said the memoir evolved as she began to write. Memories intermingled with the recipes. “Really, the obsession with world food was a lot about my obsession to find my place in the world,” Martin said. “I spent time in foster homes, was separated from my mom, and then during that separation, I was pulled really abruptly into this European life.”

At age 10 and 12, Martin and her older brother went from living on welfare in Boston with their mother to being sent to live with guardians who moved every couple of years.

“During that time, I got exposed to all these foreign cultures,” Martin said, “but I was struggling with the loss of my brother and my mother. It was always the food that connected me or grounded me or tried to heal me.”

While living with her mother, Martin said she never felt poor. “We enjoyed feasts my mother would make. German Tree Cake (recipe included) on a rainy day – it was really fun and inventive, but then when I was with my new family, the kitchen wasn’t a place for children.”

Living in Europe with scant communication from her mother and barred from the kitchen at her guardian’s home, Martin had little to anchor her new life, leaving the young teen struggling with behavioral issues. Life with her guardians was emotionally austere. The husband traveled much of the time, and the wife increasingly withdrew from Martin. “They (her guardians) were really good about making sure I had a great education and letting me experience the world, but in terms of letting me be in the kitchen, that was something I could no longer do, but it was something I really needed because it had been my connection to my mother. That’s where I ended up going during my time in Paris, really enjoying the world of food outside the home.”

Martin didn’t see her mother for seven years. When her guardians gave her the opportunity to choose a college, Martin chose one close to Boston, hoping to find and reconnect with her mother. At age 19, Martin did see her mother again, and we see the adult Sasha struggle to make sense of their complicated relationship.

Martin’s writing about heartache, loss and triumph is completely engaging, unsentimental and nonjudgmental. As a reader, you feel her loneliness and loss. “When you’re a child,” Martin said, “you think these people are good or bad. Why can’t I be with my mom? I had to be fair. What if I had been in my guardians’ shoes, taking the responsibility for two young kids who only want to be with their mother? It just had to be an emotional disaster for them. I think I softened quite a bit in my heart through writing the book. It gave me some peace that I really didn’t have before.”

Martin said that she started Cooking the World when her daughter was 7 months old. “I loved her, and I loved being a mother, but I was also really scared of what could go wrong,” she said. “I just felt tired of not having an unconditional home, I was looking forward to what I could offer my daughter. You think about building a foundation. I think Cooking the World was sort of walking meditation. It kept me going and it kept me exploring the world, kind of an edible prayer.”

Going to what Martin describes as “really sad places” in her book took an emotional toll, but also helped her forgive.

“More than ever I believe that all people, my mother, my guardians, all people, did the best they could,” she said. “Whether they were in my life for a season or longer, I give them that, I have to be grateful for what they did provide me. I think the biggest lesson is that peace does have to come from within. You can’t keep putting it out there for others to give you that sense of calm.”

Kids Will Be Thankful for These Thanksgiving Recipes