If you’re like me, the idea of “risk-taking” kids conjures up images of broken bones and ER visits. Yet, whether it’s a baby trying solid foods for the first time, a toddler taking her first steps, or a preschooler telling the truth about a mess he’s made, all kids need a courageous spirit to adjust to the surefire changes that come along with growing up.

When he was a toddler, my son, Carter, loved to play with cars. Hotwheels, monster trucks, if it had wheels, he was happy. Even at almost 5, he’s still a pretty big car guy. However, now, instead of racing toy cars around a track, he’s become very fond of pushing his power wheels tractor to the max. His favorite thing to do is drive his tractor as fast as its little 12-volt battery will go, then take his foot off the pedal and drift sideways on the tiny plastic wheels. And even though he has come close to rolling it over on a few occasions, the fear of falling hasn’t stopped him yet. It turns out that he’s become quite the champ at mustering courage and taking chances. Jumping off the top of the playground slide, sure. New friends? The more, the merrier. Unlike his nail-biting mom, Carter is willing to branch out, so I’ve had to learn to stifle my own anxiety, breathe deeply, and let him take safe risks.

A child’s sense of bravery may also shift depending on the situation. “Some kids may hide behind a parent’s legs when meeting strangers but be fearless when trying out a new scooter,” says Susan Davis, Ph.D., coauthor of Raising Children Who Soar. “However, the good news is that all kids yearn to explore their world.” That’s why it’s so important to encourage your child’s sense of adventure and self-confidence. These smart strategies can help you do just that.

Be a Safety Zone

Some children try new stuff eagerly, while others hold back because they’re shy or don’t want to attempt anything until they’re 100 percent positive they can do it right. Change your expectations to accommodate your timid child’s uncertainty.

It takes bravery to stand up for what you know is right when everyone around you isn’t taking the high road. You can help by praising your child if she defends a child who is being teased (“That was really kind of you”) or she returns a toy to its rightful owner (“You should be proud that you did the right thing”).

Instead of coaxing your kid to attempt a new sport or get on a bike, ask him to describe why he doesn’t want to. Try saying “I see how scared you are. What do you think could happen?” By validating his feelings, you’re helping him develop emotional awareness so he can make confident decisions. This paves the way to a more independent, responsible, adventurous life.

It’s natural to want to prevent your child from getting hurt, feeling discouraged, or making mistakes, but when you intervene – trying to get her invited to a birthday party she wasn’t included in, or pressuring the soccer coach to give her more game time – you’re not doing her any favors. Kids need to know that it’s okay to fail, and that it’s normal to feel sad, anxious, or angry. They learn to succeed by overcoming obstacles, not by having you remove them. 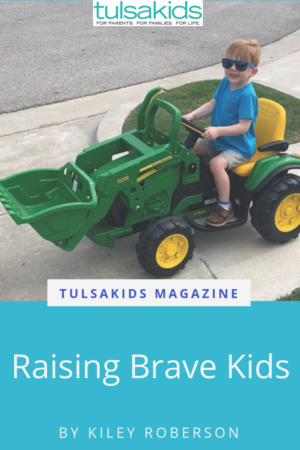