“In Greenwood, we have everything we need, and it might surprise you to know that everyone looks like me.” from Opal’s Greenwood Oasis

Picture books are among the greatest resources in an elementary teacher’s toolbox.

There were few picture books in my home as a child, except for those I checked out from the public library. They were too expensive and too non-essential for my lower-working class parents’ budget with six children. Food and electricity provided enough struggles. But they believed in fostering better lives for their children, and education was at the top of the list. We owned a complete Encyclopedia Britannica set, which was paid for on layaway.

Like many people, I was introduced to picture books in kindergarten at reading time. Mrs. Cobles guided us to the numbered rug to sit, and we drank in the stories and images she conjured. As the youngest of six, I knew words had power from my older siblings, church and 1970s Soul, Funk and R & B music. I just couldn’t spell most of those words quite yet.

But stories and images took me to places and time periods far removed from Enid. They offered me the ability to dream, to imagine. This is one reason why picture books are important, and you don’t have to wait until a child is school-aged to read to them.

Dr. Vanessa LoBue, in a 2019 article for Psychology Today, writes “…besides talking to children, reading to them aloud also likely exposes children to new and different words that parents don’t often use regularly in everyday speech. Along these lines, studies have shown that the number of words infants produce and understand is predicted by how much they are read to. Besides benefits for word exposure, there is also evidence that babies can learn specific content from books, which can begin even before a baby is born. In fact, researchers have found that babies can learn the rhythm of a specific storybook in the third trimester of pregnancy.”

Though babies in the womb are unable to see the illustrations, parents often describe what the images detail in their reading and the images color the manner in which the words are rendered.

Parents, your words matter, at every age and stage of a child’s development.

My career in education officially began in the early 1990s in Chicago. I was a teaching artist with a Chicago Public Schools vendor license a few years before the city would become known as the birthplace of contemporary Arts Education, in part due to the elimination of art teachers among the rank and file. I hated that art teachers were the victims of budget cuts, as many were friends, and art’s a critical pathway to understanding and respecting other cultures. But I loved the freedom to develop my lesson plans, in partnership with units of study, to help teachers further the learning experience for their students. I could inform my curricula with language arts, creative writing, art, music, current events, history and more.

The spark that gave birth to Opal’s Greenwood Oasis, my new children’s book, was ignited in an eighth-grade classroom at Donoghue Elementary School on Chicago’s southside in 1995, 25 years ago. 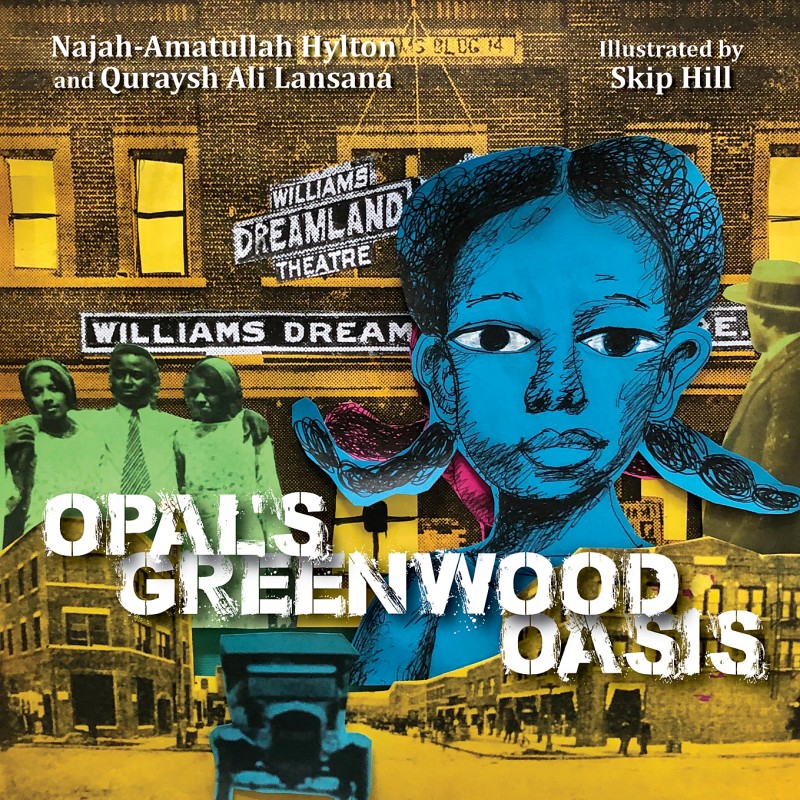 Voicing the margins, the under-explored aspects of the histories of people of color and otherwise marginalized humans, has been a driving force in my life since I was an undergraduate journalism student at OU in the early 1980s. It was there I began to comprehend the tenuous tether between yesterday and today. My teaching work in Chi-town only solidified the idea that we cannot arrive at now without understanding the who, what, when, where, why and how the journey began in the first place.

One of my tasks at Donoghue was to make Civil War History, a required component of U.S. History units, tangible and accessible for Black teens growing up in a neighborhood grappling with daily survival. I chose to focus on Harriet Tubman, her life, work and womanhood. I dug deeply into researching Tubman to discover that only two books that detailed her truths existed at the time. There were hundreds of fictionalized accounts of her life and story, but only two real books of biography. I didn’t want Harriet to live in the land of Santa Claus and the Easter Bunny. She was flesh and blood, woman and Black.

The students and I engaged in a series of kinesthetic, oral and written exercises examining the human, political and geographical realities Harriet might have endured on her journeys. We discussed the weight, both personal and social, of her work. We explored the climate of chattel slavery and legislated racism in which she led hundreds of enslaved Africans to freedom. We checked weather charts and topographical maps along her many routes to the Promised Land. We wore her skin. The students thrived. We had localized and found agency for a history hundreds of years gone. These students found the tether between yesterday and today, and I became enraptured by Tubman for the next several years. They Shall Run: Harriet Tubman Poems was my graduate school thesis and my second book of poetry.

Opal’s Greenwood Oasis is a picture book that explores the rich, vibrant history of Black life in the Greenwood District prior to its destruction. My coauthor, Najah-Amatullah Hylton, and I chose to highlight Black excellence over Black pain. We chose to end the story just prior to the Tulsa Race Massacre because we believe the horror and violence was too much for the age group to ascertain.

Opal has just turned eight. She has just learned to ride her bike and has newly gained the trust of her parents that she can navigate the neighborhood on her own. This is a universal childhood experience. This transcends ethnicity, gender and sexual orientation. The beauty of picture books is the grounding in the familiar.

Opal feels safe and loved in her community. There are folks who are not kin that look out for her, who question why she is on her own on her bike. Opal is running an important errand for her mother, her family. She is being helpful to her mother.

Books are written to encourage critical thinking, to ask questions, to learn about history or different ways of thinking. Miss Gwendolyn Brooks, the first Black person to receive the Pulitzer Prize and one of my mentors, said “Art should move us to think, not tell us what to think. We have enough pundits, preachers and politicians who try to tell us what to think.” As parents, you have the ability and responsibility to mold your children’s consciousness. 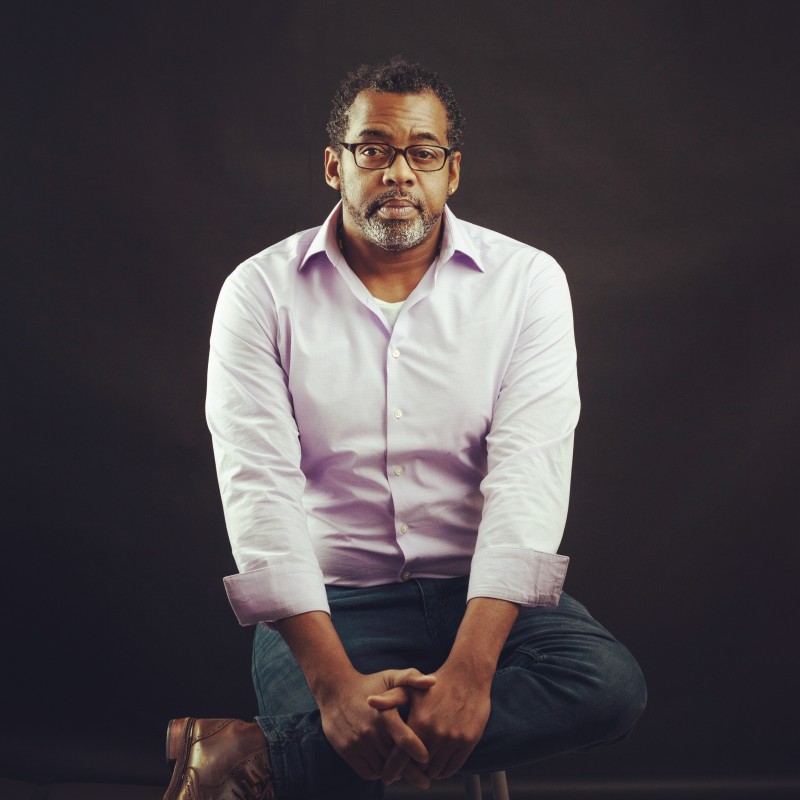 Quraysh Ali Lansans is a Tulsa Artist Fellow, Writer in Residence and adjunct professor at OSU-Tulsa, a former faculty member of the School of the Art Institute of Chicago and The Juilliard School. His most recent titles include Those Who Stayed: Life in 1921 Tulsa After the Massacre and Opal’s Greenwood Oasis. He is a member of Tri-City Collective. 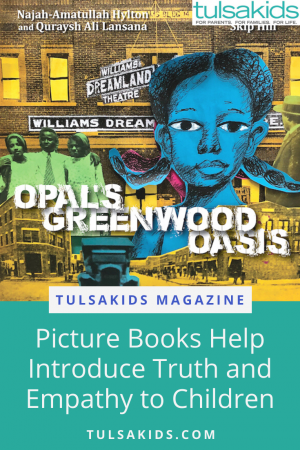 Move your body to connect words with meaning in books

(Yes, You Can Do That!): Summer Edition