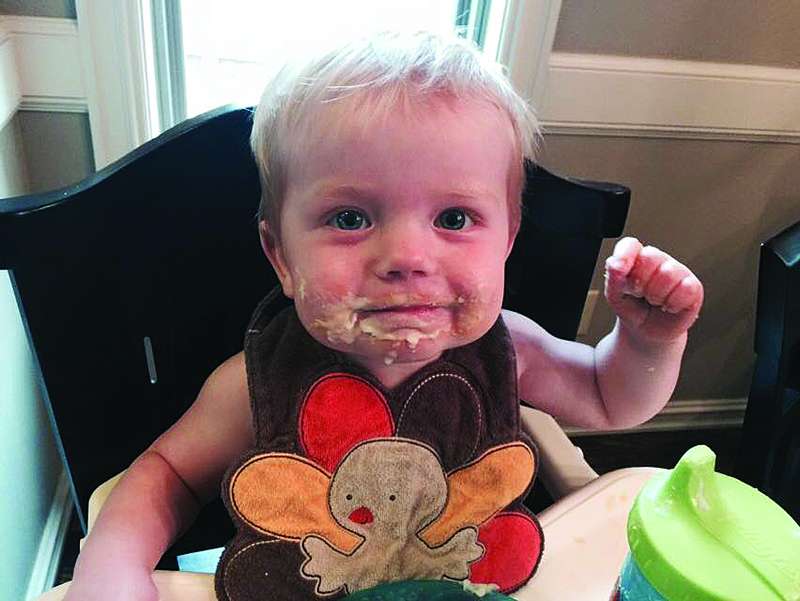 When I realized my son is a picky eater, I did some research on how to help expand his range of foods.

I always wanted my children to be good eaters. It mattered quite a bit to me, in fact. When my daughter reached the solid food stage, I made all her baby food by hand. I steamed and mashed as many different fruits and veggies that I could come up with. I mixed together combinations with varying flavors to keep her taste buds trying new things. I would say that my now 6-year-old is a pretty good eater. She loves fruits and vegetables…but has a harder time with proteins like beans and meats. Feeling somewhat successful, I took the same approach when my son started eating solids. However, that outcome has been vastly different so far.

At age 3, my son’s current diet consists mostly of carbs and dairy. I can typically get him to eat pureed veggies mixed with applesauce, but that’s been the extent of his variety. How can two kids, raised in the same way, turn out so differently? I’m sure that’s a question many parents ask about a variety of things, but this picky eating has me stumped. So I hit the books, researched the experts and found a new program currently treating kids with picky eating problems.

It’s an outpatient program at Kennedy Krieger Institute in Baltimore. The program’s director, Dr. Peter A. Girolami, says the clinic sees a wide range of kids — from those who don’t like vegetables to other kids who have never eaten solid food at all. “Some have autism, digestive troubles, or food allergies,” Dr. Girolami explains, “but others are just typical kids — ones without an underlying medical condition whose fussy eating habits are getting in the way of family life.”

While an outpatient picky eater clinic may seem a little extreme for my circumstances, some of the tips and strategies the program suggests are research based and have proven results. Here are some of the recommendations of Dr. Girolami and his team of researchers:

Sure, you’re not giving your kid a giant bowl of peas. But Dr. Girolami says many parents offer a portion that’s way too large. He suggests beginning with pieces so small that they could literally be blown away. At home, try a single pea, part of a noodle, or a crumble of cheese. Encourage your child by saying something like, “This is easy — you could be done in a second.” Once your child eats it, give him a food he does like. Then, at subsequent meals, increase the portion of the new food and phase out the follow-up food.

You’ve probably heard it before: A child has to try something 10 to 15 times before he likes it. While that sounds daunting to many parents who have a hard time getting their kids to try something once, Dr. Girolami promises it does get easier. His research shows that once you get the ball rolling on tasting new foods, it takes on average only six attempts for kids to accept them.

Scale back on snacks and drinks.

A lot of kids who resist new foods eat snack foods or drink all day long, which limits their hunger for foods at meals. Once families cut back to three meals and one to three snacks at relatively consistent times, their kids are more receptive to trying something new because they’re truly hungry.

Dr. Girolami also suggests parents of picky eaters write down all the foods their child eats; closely related ones, like string cheese and American cheese, count separately. Disordered or extreme picky eaters accept only 20 or fewer foods and are often sensitive to texture, temperature or color. If your child really only eats 20 or fewer foods, it might be time to ask her doctor for help. If he or she eats more than 20, keep at it. It may just be that your child has a more refined palette.