This past weekend, Joss and I represented TulsaKids in the 918 Day Scavenger Hunt! Our team of four also included TulsaKids blogger Kristi Roe Owen and her son Arthur. This is something I’d been thinking about participating in for the last 3 years or so, and we finally did it!

2022 was a great year to make the leap because 918 Day this year was all about honoring first responders. The scavenger hunt took participants to fire, police and EMSA stations and related locales. So we learned a lot about Tulsa’s first responder history and landmarks. We also got to thank several first responders in person.

And just in case you’re not aware, 918 Day is an annual day to celebrate all things Tulsa, whose area code is 918. It is celebrated on and around September 18, or 9/18.

The 918 Day Scavenger Hunt actually took place on Saturday, September 17 this year. We got up early and met out east at the new Fire Station 33 (4109 S. 134th East Ave.). There was an unveiling ceremony for the new facility, which involved a “hose uncoupling,” in accordance with fire department tradition. Basically a ribbon cutting, but with fire hoses! 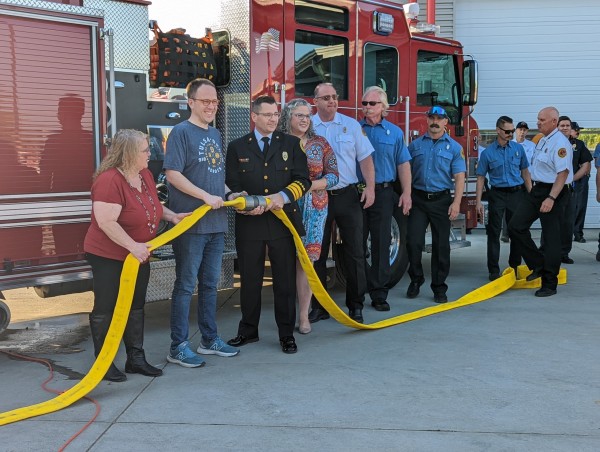 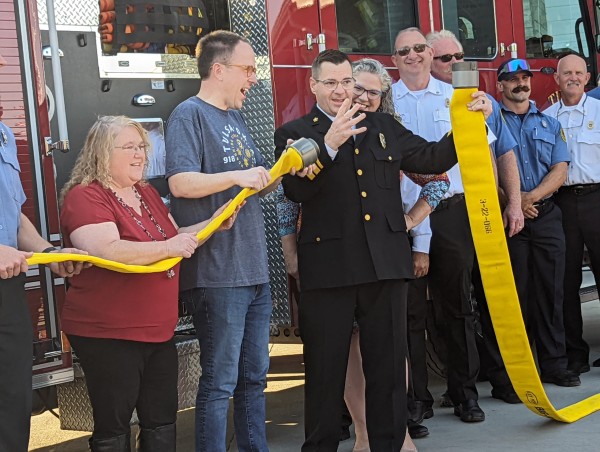 It was nice to hear about the importance of the new facility. If I remember correctly, Tulsa’s busiest fire station is about a mile from Station 33. So the new station will really improve responding times and take some of the pressure off that station. It’s also close to Broken Arrow, so the BA Fire Department and Station 33 can work together as needed. 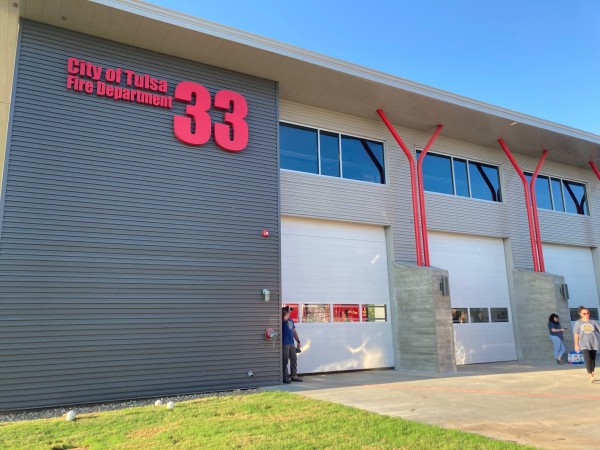 After the ceremony, they handed out our 918 Day Scavenger Hunt clue sheets. (We’d already received a bag with our Scavenger Hunt T-shirts, which we put on immediately!) 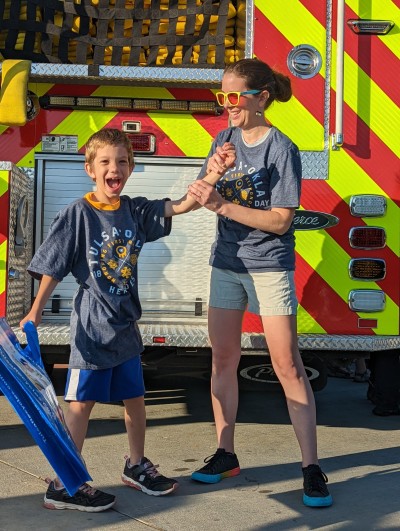 There were 30-40 clues. They all had to do with first responders and took us across the city: north, east, south, downtown and out west. As Mayor Bynum said, the point of the scavenger hunt is to help you explore areas of Tulsa you probably don’t typically visit.

Once you got to a clue location, you had to take a photo of your entire team and email it to the City of Tulsa. (I can only imagine the nightmare situation behind the screens for the people who had to take in all these photos and assign them points. Apparently there were 100 teams signed up, so that’s a ton of photos to organize!) There were 918 Day yard signs at each location so you’d know you found the correct place.

Thankfully, Kristi’s dad is a retired firefighter and was able to really help us piece the clues together! Otherwise, we would have had to rely on Google and lost a lot of time! So a huge thanks to him for sharing his expertise. 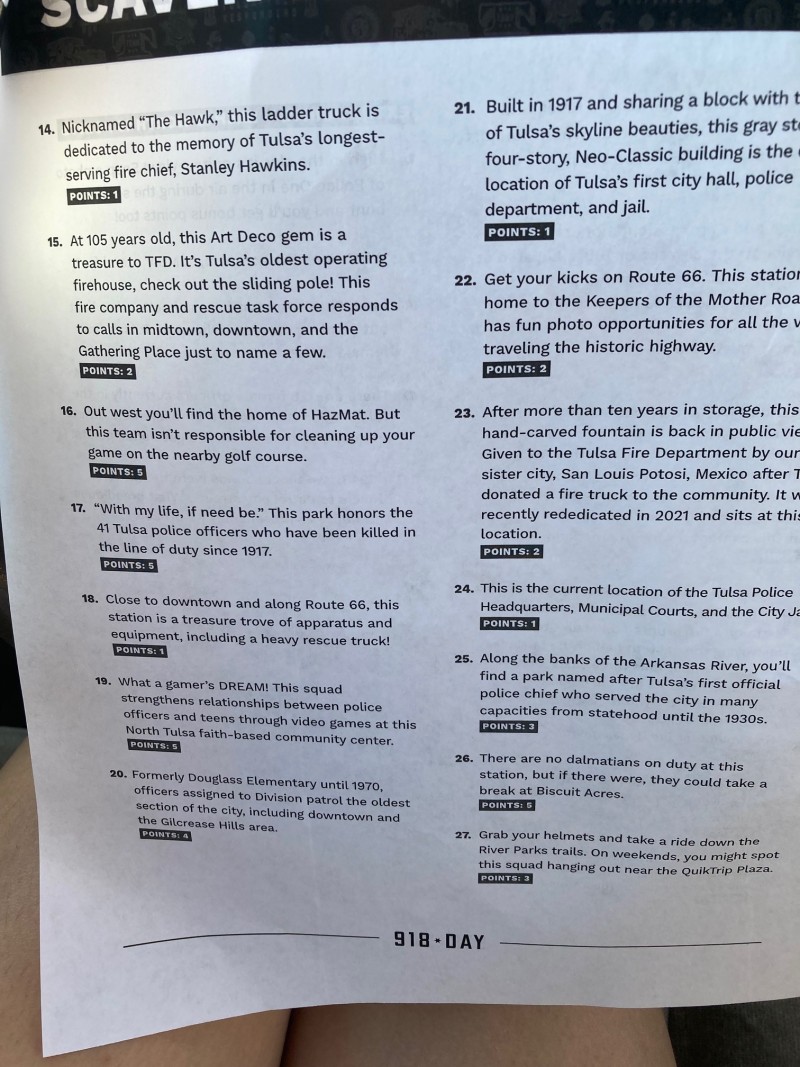 As you can see, certain clues were worth more than others, and there were bonus clues worth 15 points each as well.

Once we’d unraveled the clues, Kristi plugged the target addresses into Google maps. And Google created the fastest route. Highly recommend this method because it’s a LOT to keep track of otherwise!

Since the hunt ended at noon and we got started around 9:30(?), we didn’t come close to making it to all the stops. The City of Tulsa’s winner announcement said the winning team played “a perfect game.” But I can’t imagine that means they made it to all the stops in the allotted time. But then again, I’m a slow driver, and it’s hard to get Joss to move in and out of the car very quickly. We went to about 13 locations and felt pretty good about that. I think we may have lost points for not having the 918 Day yard signs in every photo though. I think you were supposed to but we weren’t 100% sure about that so didn’t.

Here are a few of our photos from the hunt. 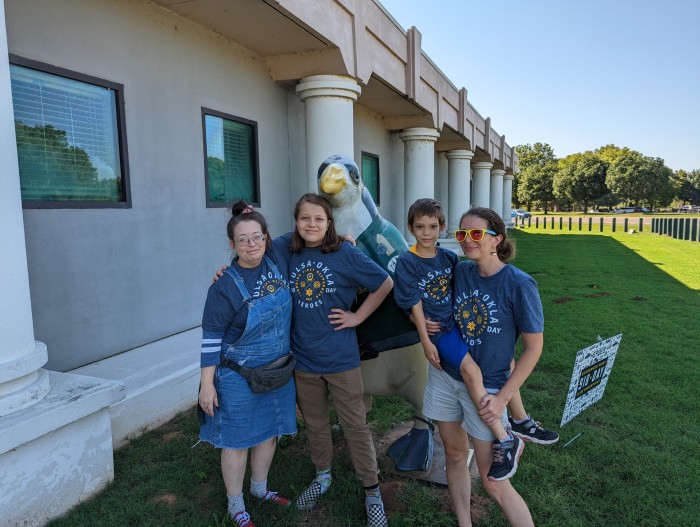 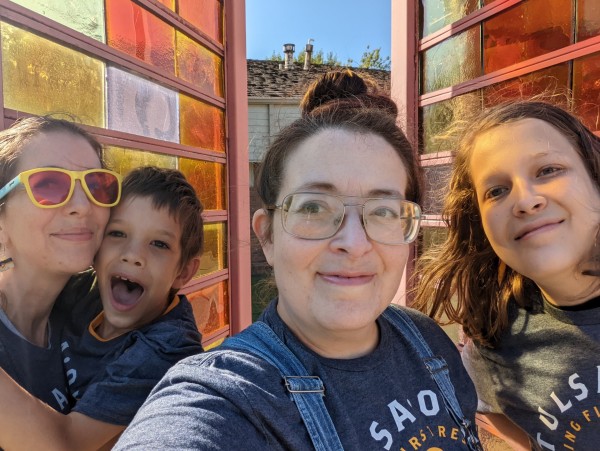 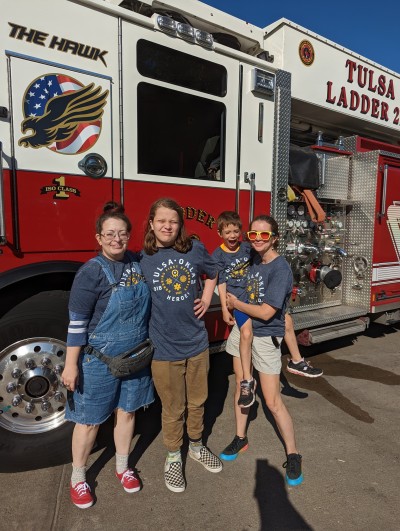 Clue: “Nicknamed ‘The Hawk,’ this ladder truck is dedicated to the memory of Tulsa’s longest-serving fire chief, Stanley Hawkins.” 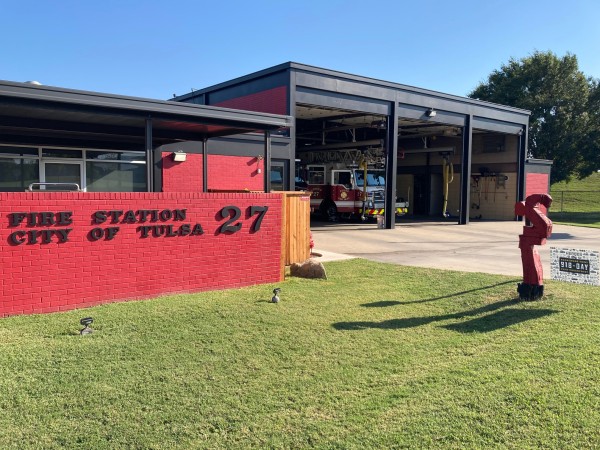 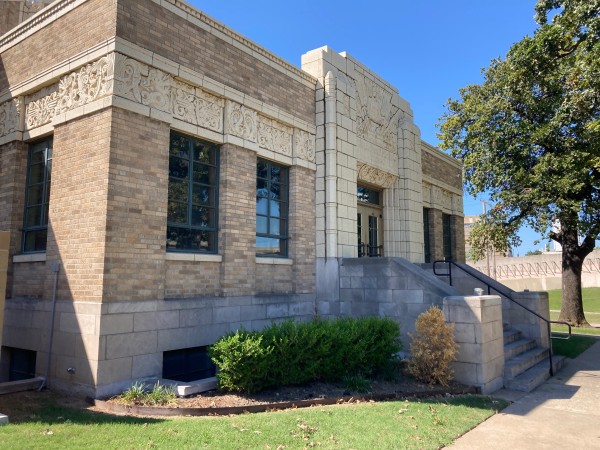 Tulsa Fire Museum (not currently open to the public) 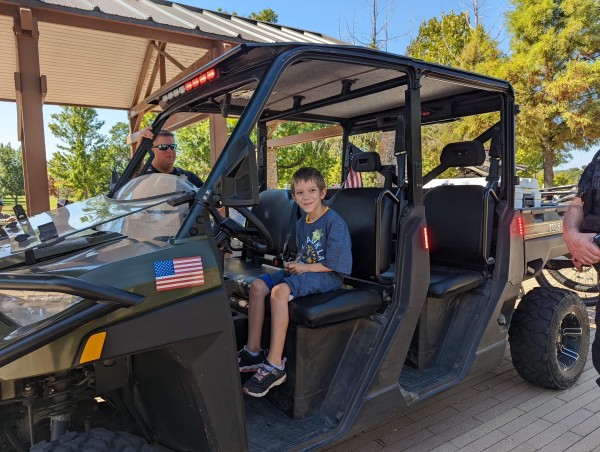 We’d definitely consider doing this again next year! If you don’t want to miss out, make sure you’re following the City of Tulsa on social media. The website for this year’s 918 Day events is cityoftulsa.org/918-day-2022, so they’ll have to update that for next year. But it should happen again the weekend closest to September 18! Also, a lot of local businesses and organizations offer special 918 Day activities or discounts, so this is a good place to learn about those as well. 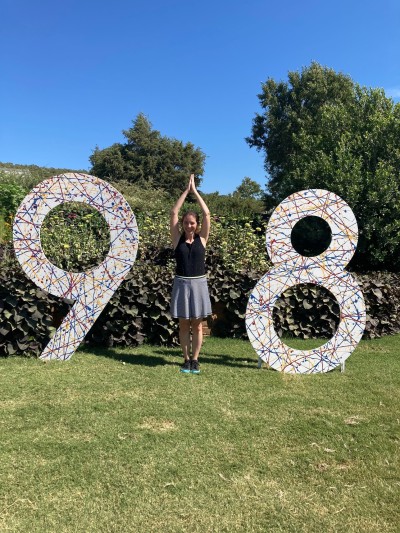 There was a really nice prize package with a bunch of freebies from local businesses and organizations. So, in addition to having fun exploring Tulsa, that’s a good incentive! 🙂

Did you participate in the 918 Day Scavenger Hunt, or celebrate 918 Day in another way? Let me know in the comments! 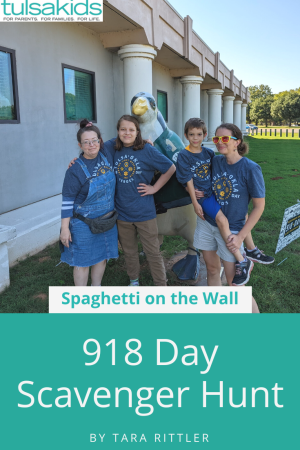