TFW Your Weekend Plans Include the Undead

What are you doing this weekend? If you’ve got older kids in your family–teens and tweens–you might find yourself constantly coming up short on ideas for family fun that don’t cost an arm and a leg. Movies are expensive–even the discount film can cost a lot of dough once you multiply snacks times the whole fam–and they’re not really a great interactive activity.

Our family loves doing things together where we all get to laugh and play, and I think that’s especially important as our kids crest the hill of their rocky teen years. Interactive family activities help reinforce the idea that a kid’s family is the center of their life, a stable core that lends to stability to every aspect of the world outside.

The Family that Plays Together

I think it’s pretty common to believe tweens and teens don’t want or need their parents as much as they did when they were little. But in reality, family time is just as important to big kids as it was when they were our little cuddly snuggly little dumplings.

This article talks about some of the many benefits of carving out time to hang with your older kids. Teens and tweens who look forward to hanging out with their families are more likely to come to their parents when there is a problem in their lives, feel better about themselves, and are less likely to use drugs or alcohol.

I also think playing with older kids can be so much more fun than playing with little ones. Little kids are of course cuddly, innocent, and adorable. But big kids are funny, charming, intelligent, and generally a blast to hang out with.

If you’re looking for something cool and interactive to do with your big kids that won’t empty your bank account, I’ve got a fantastic suggestion. This past weekend, our family checked out a Zombie Scavenger Hunt, and here’s what happened.

It may come as no surprise that we love scavenger hunts to anyone who followed our GISHWHES post last year. We had no idea what to expect, but as our family is collectively fans of both apocalypse and zombie stories, the kids and I got decked out in our best apocalypse chic–some pretty heavy-handed scissorcraft was involved.

Noah, Arthur, and Lucy even created character identities for all of us. Noah was “John Doe” from either Wales or Southampton–he told me in a British accent, “I can’t remember anymore because it’s been so long since I’ve been home. My name is John Doe because I’ve turned my back on my former identity.”

Lucy gave me a set of cat ears and told me that she and I were aliens from the Planet Candyland and had come to Earth to escape the zombie plague only to find it overrun and become trapped here. Arthur’s name was Dinobux, but his story was a mystery because he could no longer trust strangers. He told us he usually travels alone because it’s safer.

I found out about the scavenger hunt via the web but could find no one we knew who had been through it, and details available online are pretty sparse. As the adventurers, you get to set the time for your hunt, and hunts are available up until about 9 p.m. every night. After scheduling our hunt, we received a vague set of instructions by email: we were to meet at the Williams Green at 7:45 p.m.

When we got to the green, I immediately realized we could not have chosen a worse time to do our hunt–it was about 32 degrees outside. We texted the phone number given to us and got a response from Matt, who told us he would be our guide for the event. He asked for our team name–the Jean-Luc Picards–and set us up with a game on the app we downloaded, Goosechase.

Three of us had our phones, but the boys’ devices were Amazon devices and would not work for the game. Lucy’s phone doesn’t have service, but we connected her to a hotspot on my phone so she could play, too. In the future, I think it would be the most fun and easier to get more points if everyone playing had a device, but we still all had a good time.

Once your game opens, you have one hour to complete as many of the challenges as you can:

“Your team is tasked with scavenging for items the colony needs to survive. You have sixty minutes to find as many items as you can. The more items you find, the longer you and your colony will survive.”

If your team can get 3000 points, you survive. The game is a cooperative game, meaning you compete together to finish a single goal. You can have up to ten people on the app and the price doesn’t change for adding more team members, but you could easily have loads more people play with you who did not use the app. Or you can divide into more teams and play against each other. 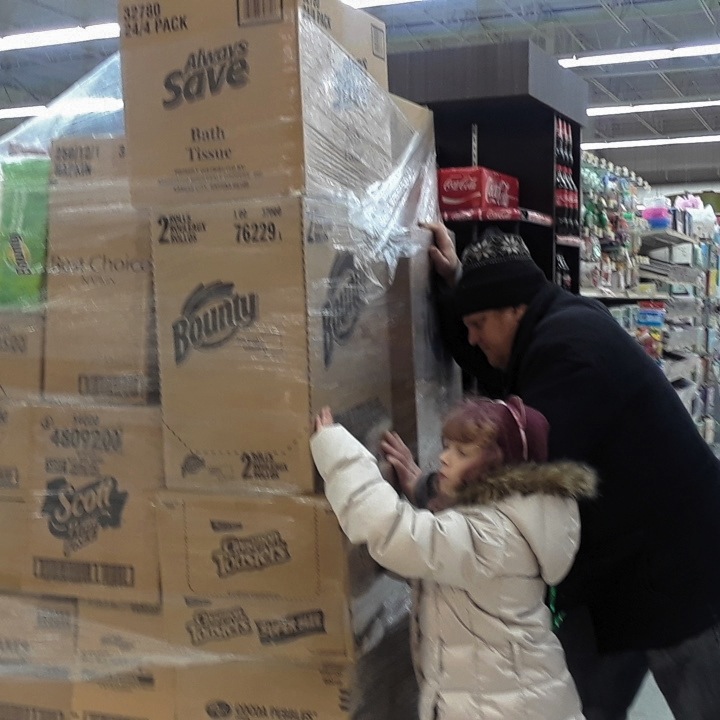 Scavengers in the Apocalypse

Most of the items are about locating a specific source of supplies–water, hospital, pharmacy, etc. There are also lots of high-point value challenges like performing a zombie dance. It’s a very easy list that’s more about hustling to find items and come up with ideas than completing complicated tasks. Lucy did not have any trouble completing items and uploading them without our help, and she’s seven years old.

Just like GISHWHES, the challenges vary in point value. When you complete a task, you use the app to take a photo and upload it. The entire time, your guide will text whoever your leader is with updates and info like this:

“Did you know a zombie’s healthy diet consists of strictly fresh mean and brains? No fruits, vegetables, sugars, or processed foods.”

“Uh-oh, it looks like a member of a rival colony may have run away with one of your items! Be sure to check your list to see which ones you’ll have to find again. Be careful!”

It took us a while to get the hang of how it works, but now that we have done it once, I think it would be super fun to do again on a nice day. We ended up spending much of our time at a grocery store because we didn’t have much time and could knock out a bunch of items in there.

All three of the people who had phones got to upload pics, and the moment you uploaded an image or video, the app would remove that item for all players. I would definitely recommend spending at least twenty minutes of your time in a grocery store and splitting off into groups of two to hustle for items like batteries and water. 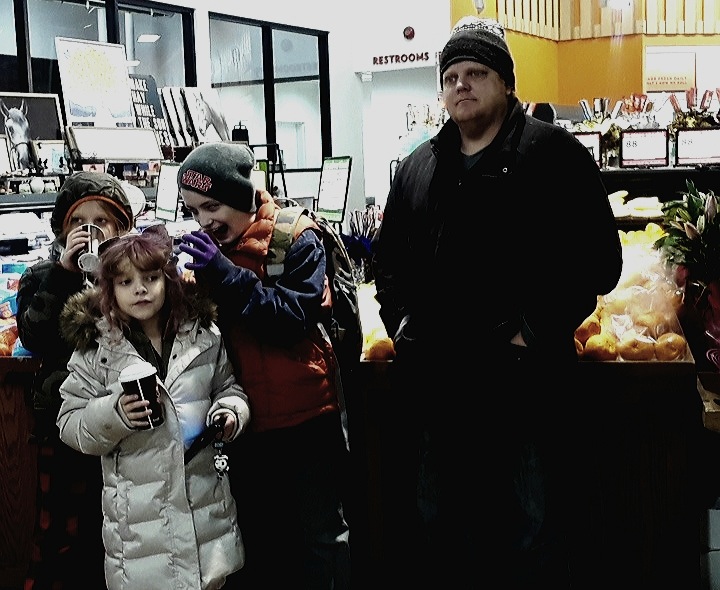 Only the Strong Will Survive–and We are Apparently Weak

When the time was up, Matt told us we were welcome to keep playing even though he was signing off, so I imagine you could probably play as long as you want to. We didn’t survive, but we had a wonderful time. Next time, we’re going to bring a few more people and make sure everyone has a phone if possible.

The hardest thing about the game is how far it begins from everything you might need to complete it. It seems like the best place to begin would be 71st and 169, but it would take way too much of your time to drive there. Brookside may be your best bet. 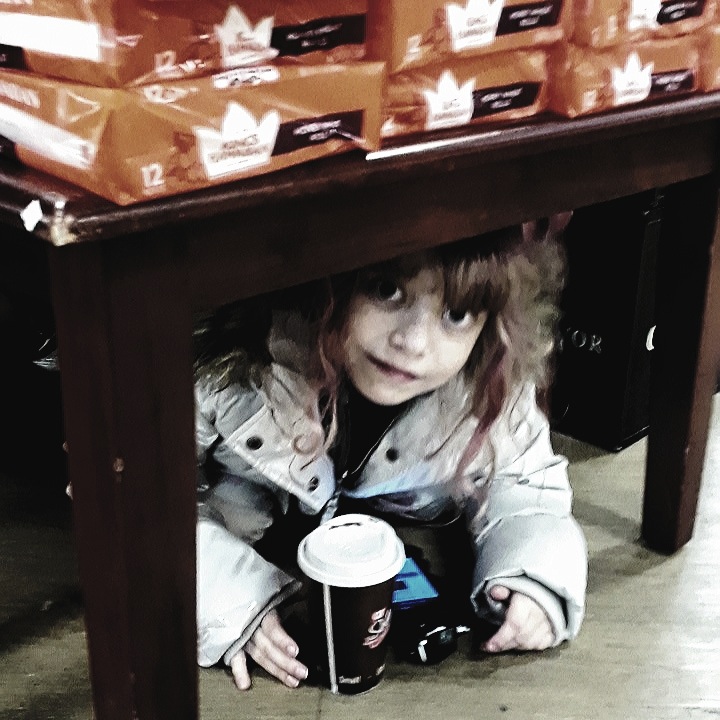 Have you ever done a scavenger hunt? Leave me a comment below and tell me all about your adventures.

Have a great week, and go have some fun with your kids! 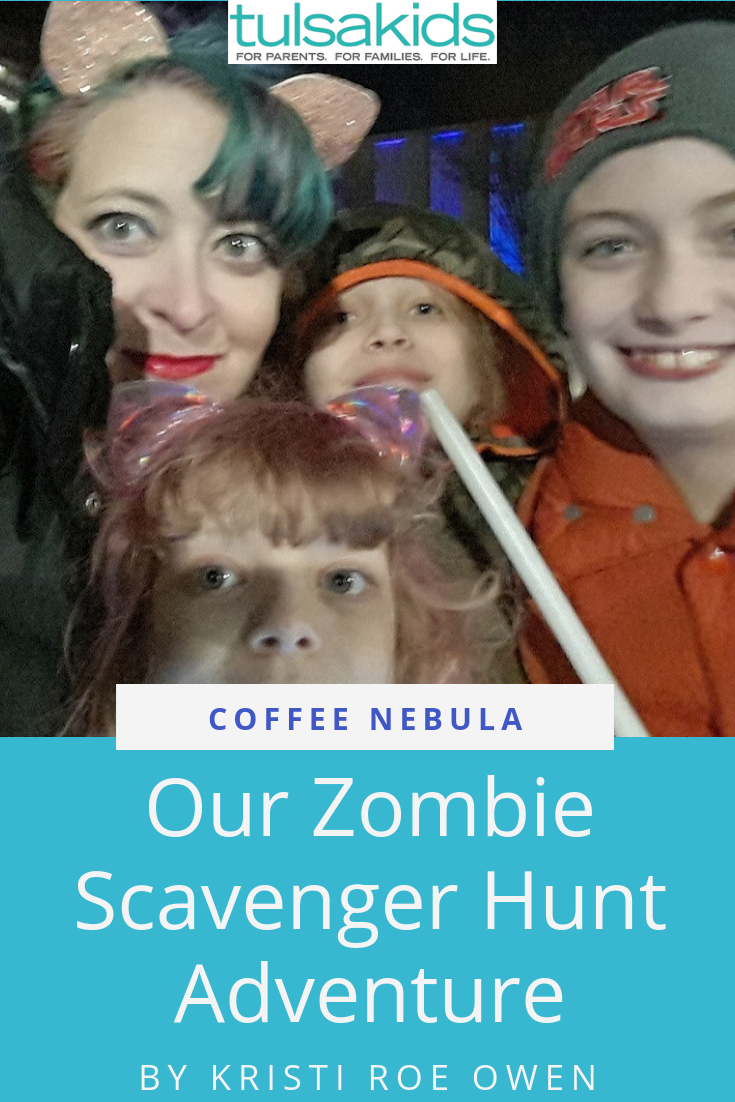