As Thanksgiving nears, you won’t see as many Indian girls made out of  toilet paper tubes, or teepees and Mayflowers made out of construction paper in grade schools as you did even 20 years ago. In today’s more culturally sensitive environment, children’s Thanksgiving programs may include turkeys, pumpkins and scarlet leaves, but the Indian, as a symbol of Thanksgiving, has often quietly exited stage left.

Though some of the worst treatment of Native Americans occurred in the 1800s with the Trail of Tears, Sand Creek Massacre and Little Bighorn, as recently as 1956 the Indian Relocation Act moved thousands of Native Americans from reservations to large cities. The Act was intended to assimilate Native Americans into the larger society by removing them from their tribal homes, thus cutting them off from traditional ways and giving them job training and jobs. Some families did adjust, but according to the Oklahoma Historical Society, “The net effect of relocation for many American Indians manifested as loss of access to traditional cultural supports, economic hardship, social disenfranchisement, overt discrimination, and unemployment.”

Additionally, in Indian boarding schools throughout the country, Native American children were still being sent from family- and clan-oriented reservations into cities where physical abuse was rampant, their traditional names were changed, braids were cut off and native language and religion forbidden. Richard Pratt’s (founder of the first Indian school) 1892 quote still prevailed: “Kill the Indian, save the man.” 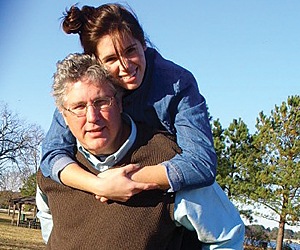 “My mom was Osage. Her identity revolved around her Osage heritage,” said Brian Hicks, president of Cedar Mill Development Company in Suffolk, Virginia. “My Dad was raised by his grandparents and wasn’t told he was Indian until he was in his late 70s. His mother told him he was Cherokee and Shawnee when she was on her deathbed at 95.” Brian’s father’s heritage was kept secret because to his grandmother, being Native American in Missouri in the late 1800s/early 1900s meant “they’d take away your property and escort you to the state line,” Hicks said.

“There is so much historical trauma out there,” said Tim Shadlow, youth program coordinator at the Indian Healthcare Resource Center in Tulsa. “There are parents who don’t know how to be a parent; maybe because a grandmother was taken away and sent to a boarding school, so she never learned how to parent.” Tim believes that many, if not all, the ills affecting the Native American population today are the result of historical trauma. “We weren’t always alcoholics. We didn’t always have poor body structure,” said Tim, about two of the most serious health problems affecting the Native American population: alcoholism and obesity. “Traditional foods are not fry bread and Indian tacos,” said Tim, a tall, fit man with a muscular physique. “Those high-fat, high-calorie foods are the result of the commodities [cheap food provided by the government to poor Native Americans]. Fish, game, fruit and vegetables are what are traditional.”

Tim said that there is currently a big push in the Native American community for preventive health care. “All native American tribes are working toward teaching children about nutrition. A lot of our elders are not living to be very old. Preventive health care is essential.” Tim’s dream is for a Native American community center to be built in Tulsa that would bring all of the different Indian nations together for socializing, celebrating and providing educational opportunities.

As interest in finding one’s roots has grown, and American society has come to respect, or at least tolerate, differing cultures, many Native Americans are finding pride, and even healing, in the values and rituals of their traditions.

“I tell my kids, ‘You have French, English and Irish blood, but you are Osage,’” Brian said. He grew up in Tulsa and Jenks but has lived in Virginia for over 30 years. Brian and his wife, Holly, bring their family back to Pawhuska, the seat of the Osage government, each June to participate in the sacred ceremonial dance I’n-Lon-Schka. Though his own family of origin did not participate in the traditional events, he wanted to give his children those connections and values.

The Hicks’ daughter, Chelsea, received her regalia (traditional clothing worn on ceremonial occasions) and danced by age 12. Now 25, married and living in Virginia, she appreciates the yearly pilgrimages to Pawhuska that her family made and hopes to continue it with her own children. “Understanding my history, my family and my traditions is an important exercise. It helps define my role in the world today, and how I see myself,” said Chelsea, who was part of the American Indian Student Union at the University of Virginia. She also appreciates the time she’s had with her grandparents. “There’s value in listening to their stories.”

But maintaining traditional Native American customs is not easy—even if you live in Oklahoma. Tim, whose mother is Caucasian and father is Osage, grew up in Hominy, Oklahoma, immersed in Osage traditions. “I started dancing at 5 years old. We attended a Native American Church where services would go all night long. In traditional burial you never leave the body alone; someone must sit up with the body for four days. It was hard, but it was all I knew.” Tim doesn’t want to force his experiences on his children, Mia and Mason, but both he and his wife Joanna Shadlow, an assistant professor of psychology at TU and Osage tribe member, do want their children to respect and appreciate their heritage. The family dedicates time for monthly visits to family in Hominy and to tribal events.

“I think it gives them a diverse perspective on life,” Joanna said. “Our kids attend a school where there’s not a lot of diversity. I love that they have that additional layer of identity.”

Joanna also appreciates the feeling of community that being part of the tribe offers her family. Though she did not grow up with strong connections to her tribal heritage, she loves having it now. “I missed out on a lot by not being raised traditional,” she said. “Tim grew up in this Indian camp that was very communal—your door was always open. Meeting and marrying Tim has connected me.”

The Shadlows do get frustrated trying to balance jobs, school, soccer practice and children’s bedtimes with traditional events. “It’s a really delicate balance,” Joanna said. “Tim’s Native Nations Drum Group and the powwows will go to midnight. Sleep is really important to children. My kids are in bed by 8:00 p.m.!”

To more deeply connect herself and her children with their heritage, Joanna wants to take Osage language classes with her children. “The Tulsa Public Library is offering them now,” she said. “Historically, they have just been offered in Pawhuska and Skiatook.” 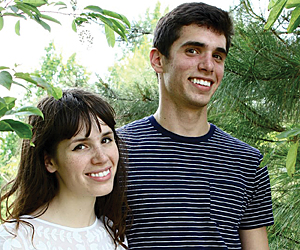 Tim hopes his children will grow to understand the importance of patience and ritual. “It’s a fast-paced world,” Tim said. “But in the Native American culture we take our time and do things right. Ritual is slow-paced. My grandmother would sum it up by saying, ‘It’s time together that is important—being around each other.’”

Tim dons his regalia and participates in Powwows and ceremonies as often as he can. “My kids come and watch and want to participate,” he said. Eight-year-old Mia already dances with a shawl. “Women don’t have to have full regalia to dance,” Tim said. “A young man has to have a name and regalia.”

Mason will have to wait to dance until he has his naming ceremony and his regalia—not something the 5-year-old is happy about. “He was so upset that he couldn’t go out there and dance with his sister,” Joanna said. “He wants it. He knows he is missing something.” The family is planning his naming ceremony—an event involving elders choosing a traditional name for him based on his personality characteristics— for the coming year so he can dance at the next I’n-Lon-Schka.

Three years ago, Hicks’ then 16-year-old son David had his naming ceremony, received his regalia and danced. David, now 19 and a freshman at Virginia Tech, said the experience was transcendent. “To me, dancing feels like a kind of worship.”

Tim said that participating in the dances and knowing the ways of the Osage give him a sense of pride and honor. The Shadlows children, though thoroughly acculturated to white, middle class America, take pride in their Osage heritage.  “My kids claim to be Osage,” he said. “That’s who we are. We are part of the Osage Nation.”

Hicks, an evangelical Christian by faith, is proud to be part of the Sky or Eagle Clan in the Osage Nation. “We are the gentle peace clan,” he said. Both David and Chelsea Hicks wrote their college entrance essays about being members of the Osage tribe and having the Sky clan worldview. Hicks appreciates the common cultural bond his family feels when attending tribal events. “When 250 people are dancing around the drum, your heart feels connected to the drum.” He spoke with humility and awe about the first time a tribal elder said to him, “You belong here.”

Tim expresses similar sentiment when talking about being greeted as “brother” by other Osage men. “They respect you,” he said. “It’s a humbling feeling of being part of something. You don’t want to let them down.”

Joanna hopes that through their connection with the tribe her children will absorb the traditional Native American value of community. “In the Native American tradition you give somebody what you have because they need it more than you. People rely on each other. You are valued for being a kind and helpful person.”

Though the Shadlow family is Catholic, Joanna also hopes her children take away the “spirituality piece” of the Native American tradition, which she describes as “an interconnectedness to our children, ourselves and our ancestors.”

Eddie Hathcoat, chief operating officer at Indian Healthcare Resource Center, wasn’t raised traditional. “I was raised in white, middle class America,” he said. “My family did not take part in traditional Native American culture. Hathcoat’s “tribe” was the sports teams he was involved in growing up. But in the five years he has been at IHRC, he says he realizes what he missed. “What I really want is for my son, Ethan, to be proud that he is Native American. I want him to embrace it and know what his ancestors sacrificed. Then he can choose what is best for him and his family.”

Hathcoat hopes all Native Americans will come to appreciate the sacrifices their ancestors made—especially when it comes to entitlements. “There is a reason why we have entitlements,” he said. “Our ancestors gave up their land and their lives in order for our children to have freedom.”

With greater awareness of what colonization of the New World has meant for the indigenous population in the Americas, Thanksgiving has taken on new meaning for most Americans. Today it seems to be more about spending time with family, gratitude for our blessings, and sharing with others, than a romanticized celebration of the Pilgrims’ survival. And those values: gratitude, family, and sharing are very Native American.

Mom Time: Discover Your Essential Self

Why I Love Tulsa!

Moms from the Tulsa metro tell why they love living in Tulsa.

Capturing the beauty of everyday life.