My Dad’s Legacy of Love: 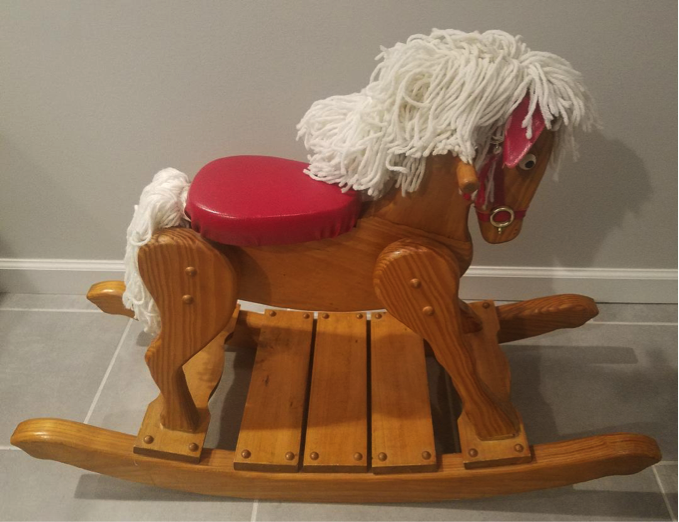 The much-loved rocking horse my dad made.

When I was pregnant with my first child, my dad spent several months building his gift of love to his new grandchild. My father was an engineer and true to his meticulous nature, he carefully drew out the plans for a rocking horse and followed his homemade pattern as he cut the wood pieces in his garage workshop. After staining the wood and putting the pieces together, he crafted a cushioned seat covered in red pleather and then moved to my mother’s sewing room to construct a mane and tail made of white yarn. As my due date loomed closer, my father was back in the workshop adding the finishing touches to what appeared to be merely a rocking horse but was in reality, a legacy of a grandfather’s love.

Yesterday was the ten-year anniversary of my dad’s death, and I still miss him terribly. Father’s Day sharpens the longing for another moment with him. He was a rare man of his generation who was open with his emotions and never let a chance to say “I love you” go by. When I was a teenager, I found his words embarrassing, but as I grew into an adult, I realized how lucky I was. In the last few years of his life, dementia crept in like a thief in slow motion, taking pieces of his mind while leaving his body intact. The dementia progressed to the point he was no longer sure exactly who I was, but the disease couldn’t sever the love connection. He knew he loved me and told me repeatedly. I visited him almost every day the last few years of his life and can thankfully say there were no words left unsaid between us, no regrets. 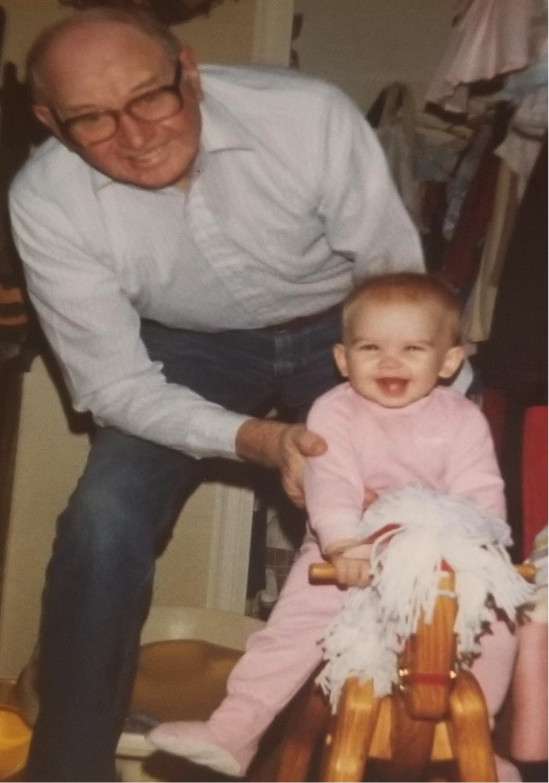 My Dad with my oldest daughter on the rocking horse.

The rocking horse was well loved by my two children, ridden for years until their bodies simply outgrew the small horse. When we moved to our new house twenty years ago, the much-loved rocking horse was negligently stored in the attic. I wish I could say he was lovingly wrapped and protected, but I’m going to be honest, it was a hectic move and he was carelessly abandoned in the attic to sit amidst the dust and clutter for 18 years. His companions were an artificial Christmas tree, holiday wreaths and Rubbermaid containers of forgotten toys and school art projects. Sounds like a setting for yet another Toy Story movie or perhaps a horror movie?

When I found out we were going to be grandparents, I rescued the rocking horse from the attic and spent an afternoon cleaning the layers of dirt and dust off him. His previously white mane and tale were now a light brown and required being taken off and gently washed before being replaced. As I worked on the horse, I turned him over and what I saw there made me cry. My father had carved his name and date on the bottom, and although I knew it was there before, for some reason it triggered a memory so vivid it was as if I stepped back into time 30 years. I was transported to my father’s cluttered workshop watching my father’s hands as they lovingly and oh so carefully carved each letter painstakingly into the wood.

The rocking horse has found new life and new love with my grandson!

(Don’t ask why he has a hanger in his hand but then again, if you’ve ever been a parent, you understand.)

My children and their cousins have many memories of their grandfather, but he didn’t live long enough to know any of his great grandchildren. I know my dad would have loved my two-year-old grandson, Callister, (well who wouldn’t ?!) Callister never met his great grandfather, but he has the rocking horse passed on to him, a tangible legacy of love from a man he’ll never know. How I wish my dad could see his little blonde-headed, bright-eyed great grandson ride that horse. I imagine my dad’s smile would equal Callister’s.

Some grandparents leave a big bank account for their grandchildren, some leave homemade quilts and some leave family favorite recipes. My dad left a wooden rocking horse. I have none of those material possessions to pass to the next generation, but through my writing I hope I’m creating a trail of words expressing my love for my grandson. I hope my grandchildren will be the kind of people that value love over material goods. I wonder if my dad knew he was leaving not just a wooden rocking horse that would be passed on through the generations but a horse that carried his legacy of love right along with it? Thanks for the memories Dad, the memories and one very well-loved wooden rocking horse.

What are you leaving for your grandchildren? 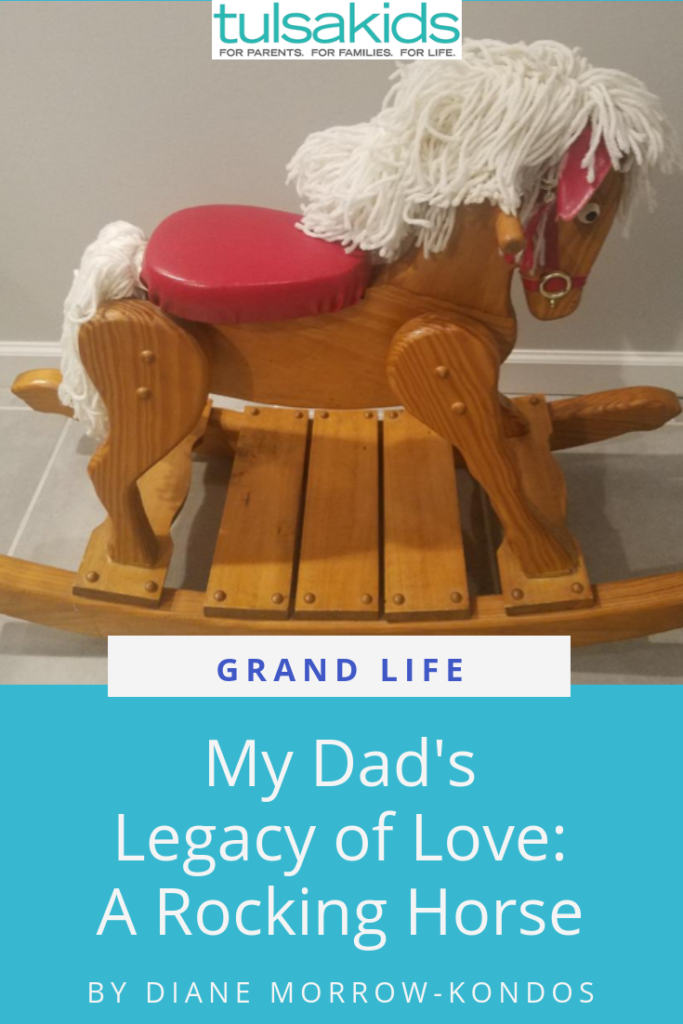