Mother and child sit side-by-side in a sterile, colorfully decorated pediatric exam room. The ailment? A persistent stomachache so bad, mom says, that her child won’t eat. The doctor checks the patient’s vitals and orders tests. The results are normal.

Yet, the child continues to drop weight. Several more doctor visits ensue. The pediatrician makes a referral to a specialist, who offers the diagnosis of failure to thrive. A feeding tube is placed, its intent to save the child’s life. More tests are ordered.

Family and friends rally around this newly medically fragile child. “That poor mother. So strong in the face of such hardship,” they say.

It’s a sad situation, and a plausible one. The only problem? The illness is fabricated. This mother is starving her child. 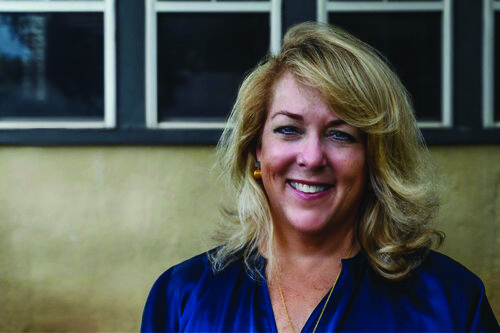 “Munchausen by Proxy is one of the most lethal forms of child abuse,” says Donna Boswell, LCSW and co-founder of Child Impact Projects, an organization working to bring awareness to this abuse and help to impacted children.

Medical child abuse — known as Munchausen by Proxy — involves inducing, exaggerating or fabricating symptoms of an illness in order to intentionally mislead medical professionals into providing treatment for a child. The perpetrators operate with a great deal of deception and manipulation, making the cases very difficult to recognize and prosecute. Oftentimes, the perpetrator is the child’s mother presenting as a concerned parent.

“I think it’s really hard for anyone to wrap their head around the fact that a mother would deliberately harm their child,” Boswell says.

Detective Mike Weber specializes in medical child abuse investigations in Tarrant County, Texas. He recalls a Texas hospital that implemented a program to early identify overuse of medical systems by patients in their care. The program saw 56 reports of suspected abuse over an 18-month period. Weber says this resulted in 14 removals by child protective services and criminal charges in three cases. Yet, the program ended because the staff, who reviewed cases in addition to their regular duties, was overwhelmed.

“This is just in one county in Texas,” Weber says. “This is far more prevalent than people realize.”

In the past, if someone wanted to commit this type of crime, it required a trip to the library to research what conditions and symptoms to mimic. Now, it’s just an Internet search away.

Perpetrators often seek attention; they want to be the heroic parent caring for an ill child. Social media fuels this fire and makes it easy for parents to gain both sympathy and attention. Weber says in one case he investigated, the perpetrator sought attention from Facebook friends. These online friends didn’t even know her in real life.

“With these cases, we have no way to measure them, no way to track them, and we aren’t even good at catching them,” Weber says. “That all works into the problem.”

An extensive medical record review is the only way to verify medical child abuse. Oftentimes records from birth to present must be reviewed. If the case involves a 10-year-old child who is constantly seeing a doctor, there can be upwards of 70,000 pages of medical records. The review isn’t cheap, and it’s specialized work that very few are trained to do.

Boswell says a careful review will oftentimes reveal the child’s symptoms changing depending on the specialist they’re presented to. Sometimes investigators will find it written in the record that “the mother is reporting symptoms, but we aren’t seeing them represented in the office today.”

Weber says perpetrators pick ailments that aren’t easily tested for. When the child’s reported medical history is taken out of the calculation, the test results begin to look more gray; the results could indicate something big or nothing at all.

“If you think about it, every time mom gives a medical history for a child, that history is noted in medical records,” Weber says. “It becomes a self-fulfilling prophecy.”

To put it plainly, a false medical history will result in a false diagnosis. We’re culturally conditioned to believe that parents, especially mothers, have their children’s best interest at heart.

This assumption causes trouble when medical child abuse cases reach family court. In several instances, Weber says the court gives the child back to the mother, even though abuse is ongoing. He cites one Texas case in which the perpetrator was out on bond and slept in the same house as her victim during the trial. Boswell says it’s almost as if parental rights supersede those of the child.

Criminal convictions don’t have anything to do with custody. Family court and criminal court can have very different outcomes. Because of the deception and manipulation, Boswell says it’s very difficult for court professionals to understand the magnitude of the situation and the danger to the child.

“It is the easiest form of abuse to commit and get away with — even after it’s reported — in the United States,” Weber says.

Child Impact Projects is trying to change that.

The organization has approached the Texas State Legislature with “Alyssa’s Law,” legislation seeking to make it a third degree felony for a caregiver to intentionally provide a false medical history to a medical provider to obtain an otherwise unneeded medical intervention or procedure. Another portion of the law implements a continuous physical abuse statute that mirrors the one on the books for sexual abuse: Two acts outside of 30 days would be a second degree felony.

When Boswell encountered one of the most complicated and difficult cases of her career, it turned out to be medical child abuse. She had received training on this type of abuse two decades prior but was surprised to discover how few professionals were aware of medical child abuse. Seeing the need, Boswell acted.

“My bottom line is children’s rights matter,” Boswell says. “That’s why I’m here doing what I’m doing. These children are defenseless to these crimes. They can’t fight for themselves.”

Since its establishment in 2019, Child Impact Projects has hosted several trainings in Tulsa and in Fort Worth, Texas. Boswell says all kinds of professionals have attended to learn about identifying the abuse and proactive measures that can be taken. Locally, several organizations and professionals have participated in a Child Impact Projects training: Tulsa Police Department, Broken Arrow Police Department, Oklahoma State Bureau of Investigation, U.S. Attorney’s Office, prosecutors, therapists, hospital administrators, CPS workers, attorneys and local foundations.

“Once doctors start recognizing [medical child abuse] cases and understand that they’re not going to be held accountable for something that’s not their fault, they feel more comfortable reporting them,” Weber says. “And not only that, they know something will be done. They won’t just be ignored. You start to see a lot more of these getting reported.”

Once a child is removed from an abusive situation, the hard work of recovery begins. Enduring medical child abuse is physically and emotionally devastating to a child. Imagine a healthy child regularly being told they’re sick, only to start believing it, or a child who understands that their mother is poisoning them. Boswell says children endure compounding traumas and PTSD with lifelong effects, such as drug use and depression.

Weber says victims of medical child abuse contact him seeking help as adults, but he doesn’t have anywhere to direct them. He says counselors don’t know what to do with this abuse because they haven’t been trained. There isn’t long-term help available for victims.

“Kids have a right to live a life of peace without fear and without compounding traumas,” Boswell says. “I think it’s time we engage in a meaningful conversation about a difficult subject.”

SIGNS TO WATCH FOR, HOW TO REPORT, SUPPORT REFORM

Reform: Texas State House Bill 1773 is currently pending a hearing in the Criminal Jurisprudence Committee of the Texas House of Representatives. If this bill is signed into law, it would be the first criminal law to specifically address this abuse in the United States. The bill includes co-authors from both the Democrat and Republican parties.

Learn: Are you a front-line professional who could help recognize and stop medical child abuse? Contact Child Impact Projects, www.childimpactprojects.com, to learn more about training opportunities. Training has largely been put on hold due to COVID-19, but Boswell says she looks forward to resuming trainings later this year. 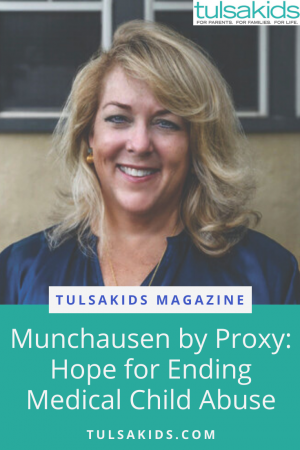