My mom's father modeled what it means to be a great grandparent.

My guest blogger for this week is my husband, Steve Webb. In this week’s blog he writes about his inspiration to be called granddad and shares memories of his favorite grandparent. If the first year of being a grandparent is a predictor, Steve will have no problem matching his granddad’s legacy of fun, corny sense of humor and adventure.

We didn’t see him often, but my mom’s father is my role model for how to be a good grandfather.  His name was Stanley Campbell, but he was Granddad to me.  He was kind, patient, quick to smile and laugh and had a great sense of humor.  I remember him showing a woman a “new kind of dishwashing liquid” at his house.  As she leaned closer to look, he squeezed it so the string which he had placed in the head came rushing out.  We all laughed.  Of course, it startled her, then she laughed along with everyone else in the room.  He also had a pack of gum he would offer which had a small trap which would gently trap our finger and make us squeal.

My favorite was the petrified wood hunts.  He lived on a farm outside of Woodward Oklahoma and he would take us to hunt for petrified wood.  We would drive around for a while until he said “I think I smell petrified wood.”  He would pull over and he was always right.  That was the magic of my granddad.  It wasn’t until 30+ years later that I was told he drove just long enough for us to get lost and end up at the same place.  It was another 15-20 years before a cousin told me that Granddad farmed that area and often uncovered the petrified wood as he plowed so he threw them in the small area next to the field where we would later find them.  Was my granddad magic?  You can be the judge, but my answer is a resounding yes.

According to David Eagleman, “There are three deaths. The first is when the body ceases to function. The second is when the body is consigned to the grave. The third is that moment, sometime in the future, when your name is spoken for the last time.”  Writing this has allowed me to continue his memory, feel his presence and extend Grandad’s time a bit longer. 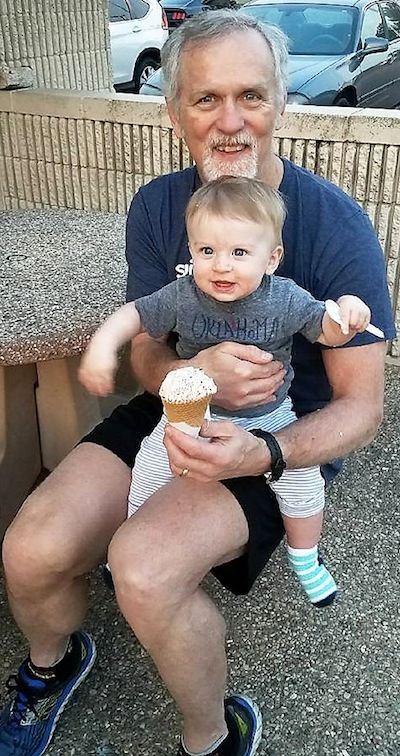 I have now started my own grandfather journey with my 11-month old grandson.  I knew I would enjoy being a grandfather, but I had no idea I would be so smitten.  Granddad set a very high bar that I may not be able to achieve, but I will strive to be as good a grandfather as I can possibly be.  Because of this, I want to be called Granddad.  As my grandson makes his journey through life, I want to form memories that he will someday remember fondly and maybe tell a story of a few fun times we had together.  Now where can I find a good deal on 80 acres along with a tractor and plow?

Many of us have one or more grandparents that we hold dear to our heart.  Do you have memories of a favorite grandparent?