Confessions of a busy mom.

As a writer working from home, I usually wake up and get my kids ready for school around 6 a.m. and have them out the door by 7.

I write business blog posts all morning for my main client, a web-based marketing company up north I work remotely for. I wish my workday was over by the time I walk ten minutes to pick up the kids, but it usually is not. In fact, I usually have at least a couple of hours left on the clock when they come home around three depending on where I am in my workload for the month.

1. I sometimes use electronics as a babysitter.

It’s hard to have a healthy relationship with electronic media when you have three kids and lots to do, which if you have three kids, you probably have lots to do. When they come home, I check their bags and ask everyone to put their shoes and backpacks away where they hopefully won’t be lost for the next morning–they will–and then we go through a few chores. I try to shoo them outside, but they keep bouncing around my space where I’m trying to write. I’ll move around a few times, uprooting my laptop and my beverage and phone, and usually after an hour or two, with an hour or two more on my workload before Justin makes it home, I’ll start giving out electronics privileges in exchange for taking out the cat litter and the trash or scrubbing the bathtub.

Most parents these days know this conundrum. As much as I might want to limit my kids’ access to media, I also have to pay the bills, and I can’t really focus to do that when they’re running around through the house, slamming the front door as they come in and out. My in-laws have lamented the same thing when the kids are over; they hate letting the kids sit on electronics, but it can get pretty tough to try to cook dinner with three kids practically running laps through the inside and outside of the house. So what do you do? You make compromises. One gets to play Goat Simulator on the Xbox. The other two end up with devices watching YouTube videos or playing Gachaverse.

That little compromise gets you two hours of relative silence to crack out as much work as possible. It also gets you a whole lot of guilt and a fight with at least one of them when time is up.

As the cooler weather blows in, it gets worse. The outdoors aren’t as much fun when you’re bundled up. And since they got in trouble for climbing a tree and going into the shed through a window and digging through our storage for toys when their friend got trapped in there. But I digress.

2. I sometimes feel guilty about it.

I think back to my own childhood. I had unlimited screen time. First my Ataris, which I would play for hours every night, then my bedroom TV, where I watched TV from after school until bedtime. Eventually, it was an Amiga computer, where I played text-based games and hamburger mini golf because that’s pretty much all there was to do back then on an Amiga computer. I don’t know if staring at all those screens hurt me any more than the constant book reading, but it probably didn’t help my terrible vision and lifelong struggle to maintain my weight.

So I’m trying to strike a balance here. I know in fifth grade, my boys are some of the ever-smaller percentage of kids their age who don’t have phones. Let’s start with how I don’t trust my kids to keep track of phones, but also that I feel like it’s a can of worms I’m not ready to open, giving them complete access like that. Phones are not Atari. Phones are variables wrapped up in variables.

But that day I came home and Arthur had gone for a walk to his friend’s house without telling me and not appeared there for an hour, I started to rethink that, too. No, we didn’t have phones when I was a kid, and we managed to get by okay. But we also regularly went without seat belts and bicycle helmets. I went to school with a girl who died falling out of her dad’s car on the highway. Seatbelts are better. Maybe phones are better.

On the days when I’m caught up with my workload, I sometimes declare an electronics fast. No individual electronics, anyway. Watching TV as a family is a different thing. It’s a group experience. We talk about tropes and analysis. The real meaning behind The Shining. Why time loop stories are so culturally resonant.

They were watching a Top Ten list. Fairly innocuous, right? “Top Ten Logos With a Hidden Meaning” or something. It was a well-made video, very professional. It was also immediately clear that the information in the video was absolute bologna. Immediately, red flags went off, and Justin and I, who try to teach our kids rationalism as a key value, asked them to shut it off and began discussing its validity.

I realized then that even when something is on their approved YouTubers list, it might not be good for them to watch, and it’s just not realistic to preview everything they want to watch.

So what to do? I think this is a tough time to be raising kids. We’re going to be the ones who have to work out what it means to carve out a balance in how our kids absorb media. And it’s not just the YouTube videos. Heck, it’s the billboards. The ads in the store. It’s a minefield of rhetorical confusion out there in the world. It’s perception filtered through the augmentation of reality through traditional and new media.

But these blog articles aren’t going to write themselves, and I just need two hours to get it done. The best I can do is try to teach them to close-read media for subtext and meaning and to self-regulate their own media consumption because God knows most adults I know struggle with that.

No matter what your approach, I’m not trying to judge. We’re all doing the best we can to work out a system that’s completely new and changing every day.

So how do you all manage in this post-information world? What do you do to regulate your kids’ media consumption and limit screen time? Let me know in the comments, and have a beautiful week. 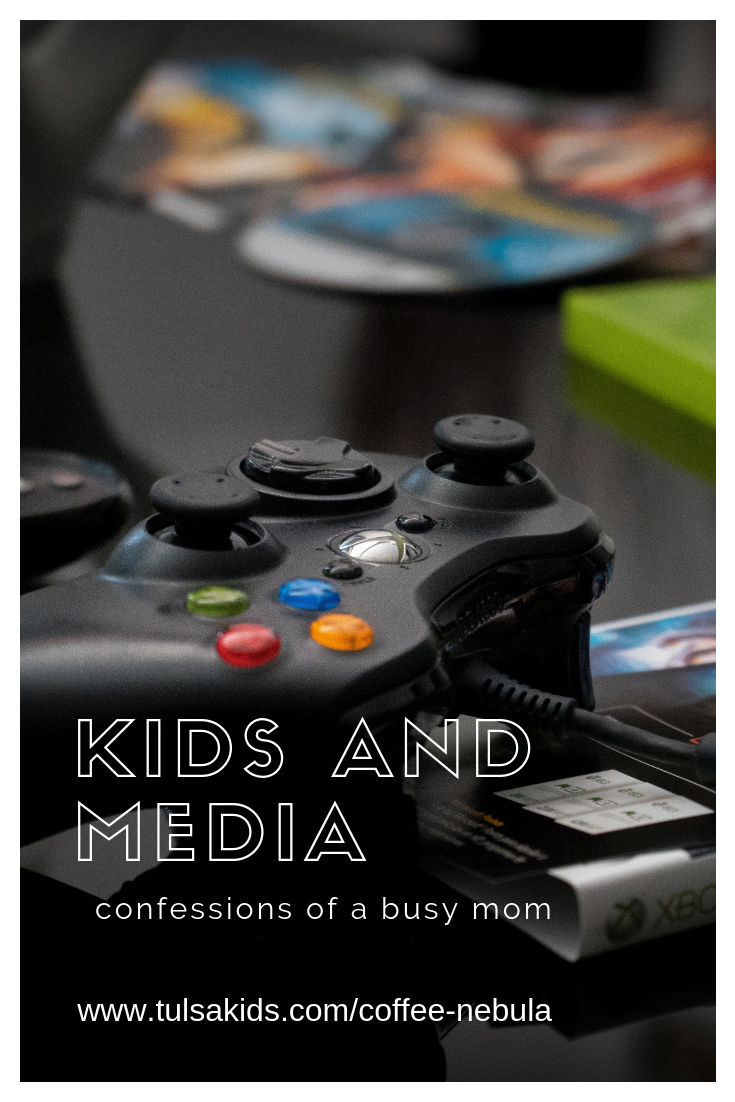