What would it feel like if a stranger came up to you, invaded your space and touched your hair? This experience is very common with most, if not all, Black people at some time in their lives. I’m no different, and I have several stories of my own. In 2012, my friend Lara and I were at a Technology Center Leadership Administrator program. I had known Lara for eight years. We often talked, laughed and even cried together.

During a break, she reached out to touch my hair. I grabbed her hand and said, “Excuse me, ma’am, what are you doing? You are never supposed to touch a Black woman’s hair!” She looked shocked and said, “Tamecca, your hair is so pretty. I wish my hair could do something like that. I just need to know how it feels.” She didn’t realize my grade school memories had come rushing back to me. I was teased because of my hair. Kids dared each other to touch my hair, then ran back to tell their friends how it felt. One boy even attempted to set my hair on fire by throwing a book of lit matches in the hood of my coat.

Of course, she did not know what I had been through. These are experiences we try to forget, but the memory usually lingers. The fact is, getting in anyone’s personal space without their permission is a violation. Lara meant well and is the sweetest, strongest, most loving woman I know. So, I have learned we have to give each other grace. I had to educate her about why it was not okay to touch my hair, and she has respected my wishes.

While friends, colleagues and peers may not mean any harm, Black people’s feelings matter. It doesn’t matter what the intent is if it negatively affects a person. Often, this problem is described as an adult-only one. However, Black children share these experiences (and feelings) when other kids or adults touch their hair. For this reason, it’s important to educate everyone about respecting personal boundaries. 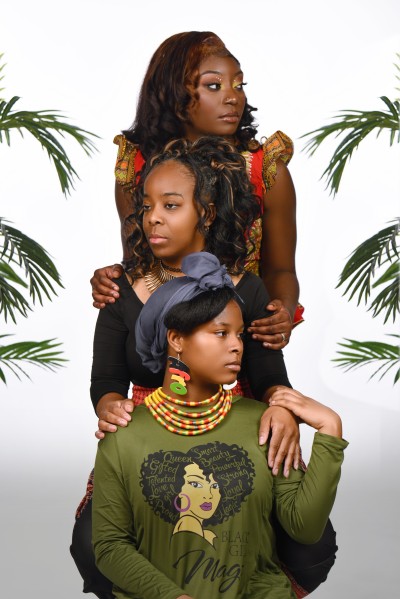 I can empathize with any Black person who has had their hair touched without permission. This shared experience comes from the idea that our hair is a novelty because it differs from white people’s hair, which is considered the norm. When a Black person’s hair is touched, it’s not only a violation of their personal space but signifies that being different allows them to be singled out and treated differently.

The act opens the door for uncomfortable or micro-aggressive behaviors, like more unwanted touching, rude comments, unnecessary attention and feeling like you can’t say “no.” This is because it can unfairly direct attention to us and make us seem like we’re being difficult, rude or aggressively protective of our hair. It can be uncomfortable to tell a person not to touch, especially for a child. It’s hurtful when your personal space isn’t respected, but it’s even worse when it may lead to further isolation, discomfort or ridicule from other kids. Beyond this, a child may be even less comfortable telling an adult, like a teacher or a friend’s parent, not to touch their hair as they wish to respect authority and seem kind. When other kids see an adult touching a Black person’s hair, they will probably believe it is acceptable and violate that Black child’s space, too.

You May Not Mean Any Harm, But It Doesn’t Change How We Feel

Being curious about Black hair is perfectly okay. We are very proud of our hair and understand the curiosity—it’s beautiful and unique, and it’s natural to want to understand something unfamiliar. Kind comments, like telling a Black person how beautiful or cool their hair is, are always welcomed and respected.

Touching Our Hair is a Big Deal

Invading our personal space by touching us without permission is not right. But touching our hair is disrespectful for more profound reasons. Treating our hair like it is different and strange is treating us like outsiders. Black children and adults deserve to feel safe and respected in any public environment. Children should have complete autonomy over their bodies, just like adults. It’s crucial that Black children do not internalize the idea they are commodities, able to be treated differently, touched against their will, and wrong for saying “no.” This can too easily grow into poor self-identity, difficulty having or enforcing boundaries, and thinking it’s their fault they are treated as strange.

White people may not understand why it is so upsetting for Black people to experience people touching their hair. Touching our hair isn’t just rude, it’s a racial microaggression. Harvard professor Chester M. Pierce coined the term ‘microaggression’ in the 1970s to refer to everyday behaviors, insults, slights and questions that refer to a person’s membership in a group that is discriminated against (such as race, ethnicity or sexual orientation). A microaggression, like touching a Black person’s hair without permission, promotes the idea that we are free to be treated differently, used and not afforded basic respect.

We have a protectiveness over our hair because it has long been treated as abnormal. Much worse, our hair is sometimes referred to as “messy,” “dirty,” “nappy,” or “unkept” within the white community, and many Black children have dealt with bullies who use this language. Unfortunately, this often follows Black people throughout their lives, where they will be denied employment or schooling, entry to social circles and events, or other opportunities based on wearing natural hair styles.

Learn About the CROWN Act

Some people may think that our hair really isn’t a big deal and that we tend to blow it out of proportion. If that was so, do you think there would have been a law made telling people not to discriminate based on our hair? The CROWN Act (Creating a Respectful and Open World for Natural Hair) is a law that prohibits race-based hair discrimination, including the denial of employment and K-12 public and charter school educational opportunities because of hair texture or the wearing of protective styles like braids, locks, Bantu knots or twists (“The Crown Act,” 2019). This law has been passed in California, New York, New Jersey, Virginia, Michigan, Wisconsin, Illinois, Kentucky, Colorado, Washington, Maryland, Connecticut, New Mexico, Delaware and Nebraska. In Oklahoma, the CROWN Act has been filed but not passed. There is still more work to be done to have it passed in the other 34 states, but this is a necessary start to better protect Black people from hair-based racial discrimination.

It’s important that all teachers, caregivers and adults know about the CROWN Act and why it’s so necessary, especially to protect our children and ensure they get the opportunities they deserve. This is, of course, only one small part of the battle. The sentiment of the law, though, should be adopted by all—Black hair does not make us unworthy, or unfit for opportunity and fair treatment, and our hair does not make us different.

Reasons to Keep Your Hands to Yourself

1. Doesn’t it sound silly to tell people to keep their hands to themselves?

It’s a lesson young children learn. Nobody wants to be touched against their will and honoring anyone’s personal space is necessary.

Nobody is owed an explanation for why someone doesn’t want their hair touched and wants their personal space respected.

3. Excuse me, but we don’t know where your hands have been.

Not only are public spaces often infested with germs and bacteria, but many Americans don’t even wash their hands after going to the bathroom. According to a YouGov poll, only 58 percent of adults (from a poll of over 24,000 Americans) reported always washing their hands with soap after using the bathroom at home.

4. We’re not an attraction at the Tulsa State Fair.

A co-worker once boldly touched my hair and said, “Oh, it feels like a poodle. I love poodles.” Wait. What? No! Stop it. That’s not okay. We’re not animals, and we’re not on display for people to just touch us.

Because white people’s hair is considered the norm, they do not usually experience having their hair touched against their will. If their hair is touched against their will, it’s most likely the toucher has a poor concept of personal boundaries—not because their hair is so different or commodified by society. This stark difference in experience speaks to the fact that white people’s hair is considered normal and Black hair is seen as a deviation, perpetuating the racial divide and making us feel like outsiders.

6. It makes us feel uncomfortable.

Adults will often refrain from saying “no” to having their hair touched or voicing their discomfort to avoid being perceived as aggressive or rude. Children typically won’t express discomfort, as they may not be able to identify and name their true feelings, or they might get teased or seen as rude or overly sensitive. If an adult or teacher touches them, they’ll likely feel too uncomfortable to let an authority figure know they have a problem.

The texture of Black hair was used as a justification for enslaving Blacks. Europeans viewed Black hair as “wool” and likened it to the fur of animals, suggesting that because whites have “real hair,” Blacks are therefore inferior, like how we view animals. Aside from this, Black hair has had a vital significance in African cultures, especially before the slave trade, where certain hairstyles could mean anything from social status to marital status or whether you had gone through puberty.

Stop the Madness and Take Action

While it’s imperative for non–Black folks to understand why this is such a hurtful and common experience for us, it’s just as important to prevent these things from happening through education, support and allyship. This is especially true in settings involving children, like classrooms, to ensure Black children are safe and protected.

Wearing our natural hair and different hairstyles is not only special, it’s an important expression of breaking free from Western norms of beauty and acceptability. Representing different hair textures will help dismantle the biases, discrimination and microaggressions Black people face. Our hair is a part of us, our personal property and space, and deserves respect and the honoring of our boundaries. It’s wrong to touch our hair, and it communicates that our differences somehow set us up to be showcased as the “other,” inferior to the norm. We (and our hair) are just as deserving of respect as any other person. Tell us you love our hair and how we’ve styled it, but please, do not touch our hair. 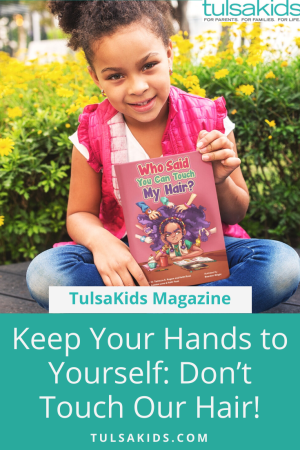