Hello, My Game is Portal:

Introducing the Name Your Game Expo 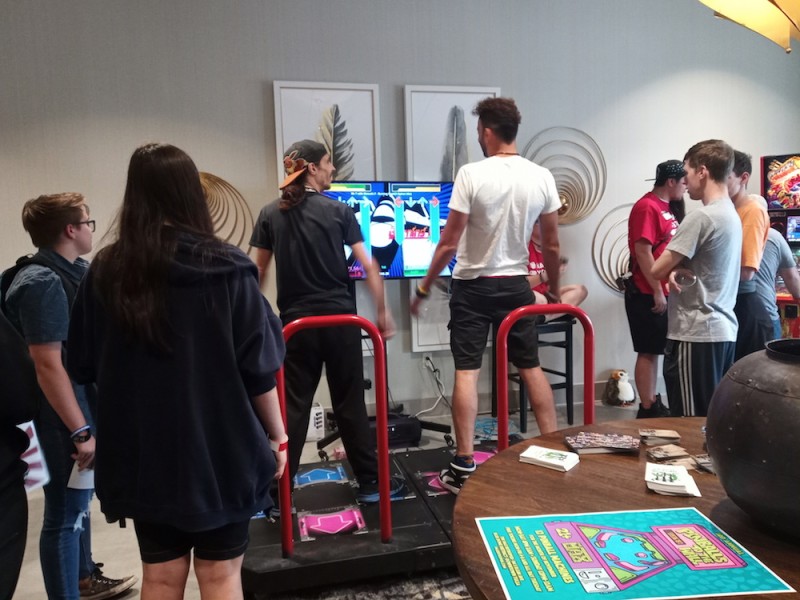 As a geek chick and a Xennial, I’ve always loved games of all kinds. One of my fondest memories as a kid was unwrapping our Atari 5200 one Christmas morning in 1980-something. It came with three games: Pac-Man, Galaga, and Centipede. Despite warnings from Jerry Falwell and his ilk, my brother and I spent countless hours jousting ostriches, climbing cubes, and pushing blocks of ice around instead of doing our homework.

At school, I was introduced to Zork, a text-based fantasy genre game that takes you through magic-riddled tunnels infested with orcs. In my teens, my first desktop computer, an Amiga, introduced me to hamburger mini-golf and Leather Goddesses of Phobos.

On my cousin’s PC, I became hooked on first-person shooters like Doom and Wolfenstein and stayed up late too many times working my way through I Have No Mouth, But I Must Scream. And then there were all of the fantastic arcade games I played on dates with my boyfriends: Hydro Thunder, Arctic Thunder, and Mortal Kombat were at the top of my list.

Recently, we had a chance to check out the newest addition to Tulsa’s amazing convention offerings, the Name Your Game Expo, and it far exceeded any expectations we had. Located at the Stony Creek Convention Center in Broken Arrow, this gaming-focused con featured tabletop gaming, console gaming, role playing, vendors, and more. There was so much to do that you could easily spend both days there and not see everything, as we learned.

Here’s a rundown of everything we loved at the convention:

There was plenty of fantastic cosplay around at Name Your Game Expo, and Lucy took the opportunity to dress for the occasion and talk to as many cosplayers as possible about their costumes. There was a cosplay contest on Saturday, but we barely missed it as we were still recovering from accidentally finishing a 5K that morning. 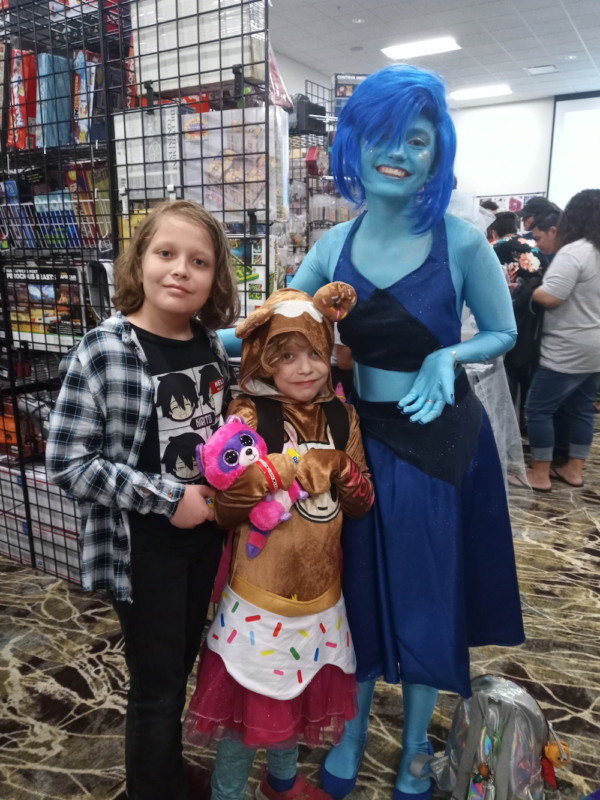 There were three escape rooms at the expo with varying levels of difficulty. There was a fairly long wait for all of them, but we were lucky enough to squeeze into the Mega-Kitty Lab, a beginner-level escape room. The story was based on a scientists’ cat-centric experiments gone awry. I won’t give away any spoilers, but I will say that Team Nebula was up for the challenge. Escape rooms were sponsored by Dystopia Rising: Oklahoma.

One of the biggest concerns I had was that there would be a long wait to experience console gaming, but we didn’t have any trouble finding open consoles. Lucy and I played Overwatch on the Xbox One, but there were also Playstation 4 consoles and Nintendo Switches available. 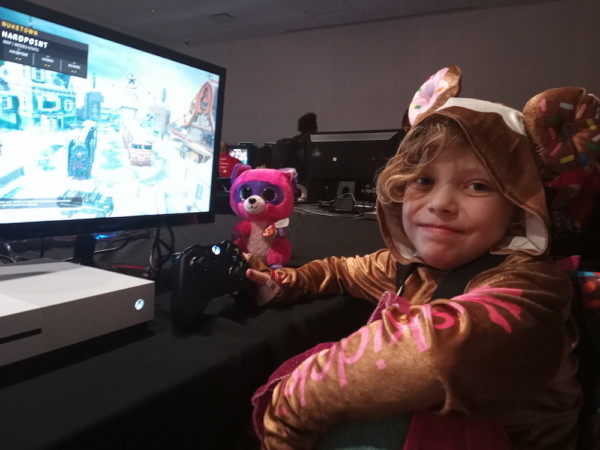 Sure, my kids play hours upon hours of Minecraft and Roblox at home. But getting to hang out and play Roblox with other tween players and each other IRL was the highlight of their weekend.

The one thing I want to do differently next year is start with board games and work our way to console gaming. There were two large rooms set aside for tabletop gaming free play and dozens if not hundreds of games to choose from. If you were short a player, there was someone on hand to help you find the missing player you needed.

We checked out Sushi Go! for a few minutes, but the biggest boon was meeting a team of D&D players. The kids and I have been wanting to play for a while now, but we were new to the game and didn’t know anyone who could be our DungeonMaster. We befriended a DM at the expo and started attending a regular Saturday game.

Like every good convention, there was plenty of fantastic original fan art around. The vendor area was not as large as some of the other conventions we’ve attended, but there was plenty of great art on hand to purchase. We also checked out several new games while we were there and talked to their creators about the process of creating video games, which Arthur is interested in as a profession. 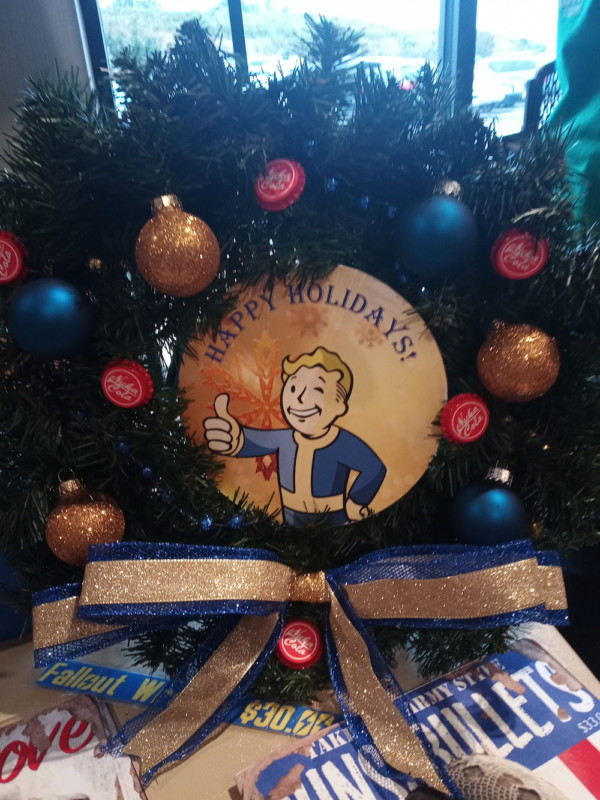 Throughout the convention, there were arcade games placed sporadically, including a tabletop version of Joust. My kids got to experience video gaming like it was the mid-eighties, and watching them battle it out took me back to playing with my own brother as a kid. 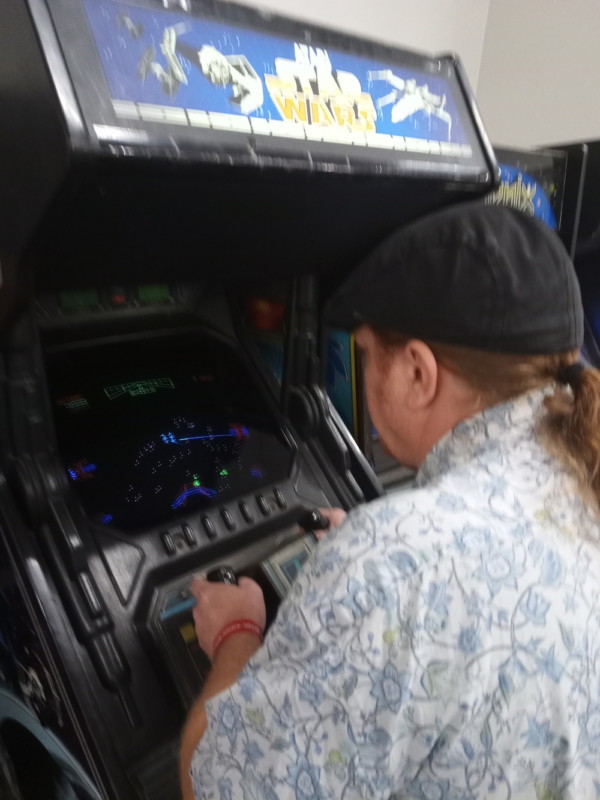 One of our favorite activities was a miniature painting station, where we painted our own little characters to be used in Dungeons and Dragons or some other game. But sadly, there are no cylons in D&D, so my character is for decorative purposes only. 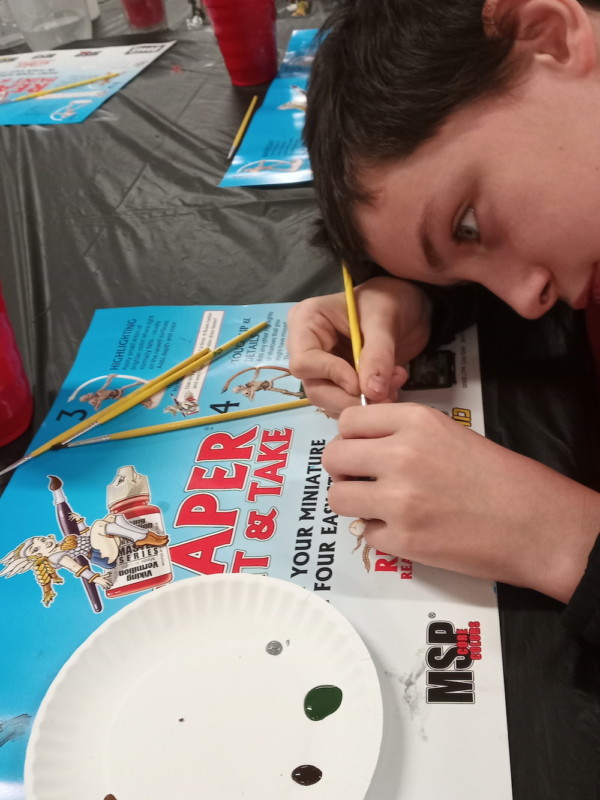 We didn’t get to check out a lot of panels. But we did sit in on an interesting panel called “So You Want to Be a YouTuber” since Lucy and Arthur are interested in becoming animators and creating their own videos. This panel featured gaming YouTuber Brett Weiss, who talked about his own path to creating content on YouTube. 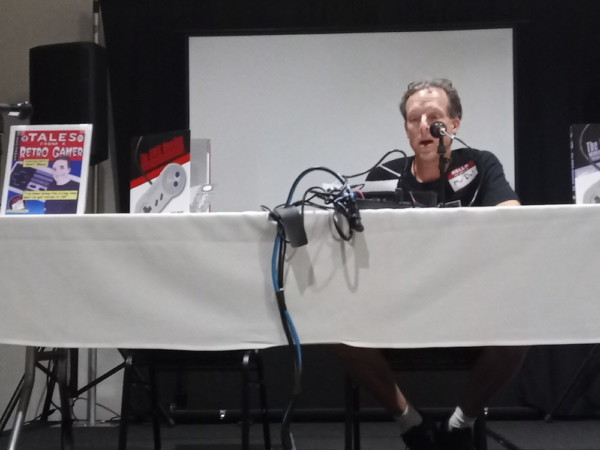 We didn’t get to check out the laser tag gaming area or any of the many gaming tournaments to take place all weekend, but we did have an amazing weekend talking to gamers and learning about new games.

Whether you’re a tabletop gamer, a console gamer, or you just really miss your old Nintendo, this convention was a blast and had a little something for everyone. Make plans to attend next year, and we hope to see you there!

And don’t forget to sign up now for Tulsa Pop Culture Expo coming up November 2nd through 3rd. Thanks for reading, and have a beautiful week! 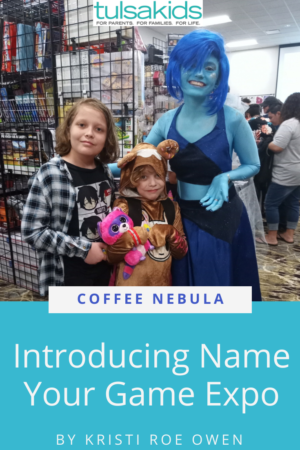