How NOT To Go To College:

Tips from an Inexpert

The publication of our most recent College & Career Planner reminded me of a funny story: my college application process–and of how incredibly lucky I was that, in spite of my naivete, I ended up getting a great education at The University of Tulsa. In summary, my best college advice is this: Don’t do what I did! 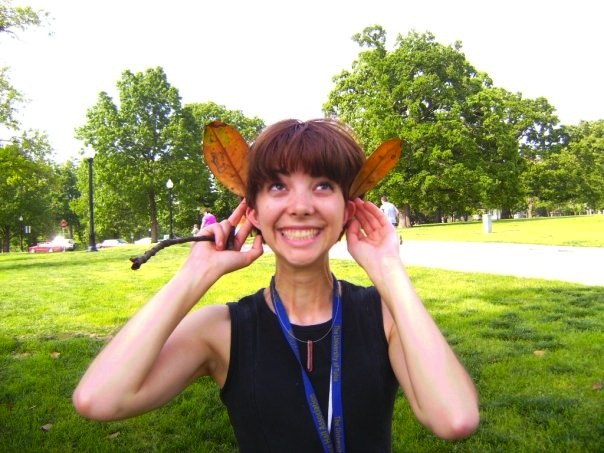 Just a college student enjoying Woodward Park. Still one of my favorite places to go!

Despite a deluge of college mailings (I immediately trashed all the ones from OSU and OU because I disliked their school colors) I only ended up applying to four colleges: 1) Wichita State University, because I lived in Wichita 2) Central College in Pella, Iowa and 3) Northwestern College in Orange City, Iowa and 4) The University of Tulsa, because by great good fortune I ended up going to a public high school with an IB Program my senior year of high school, and TU was recruiting heavily there that year.

You may notice that two of these four choices are in Iowa, and there’s a good reason for that: My best friend–who happened to be a boy–had moved to Iowa (NOT Pella or Orange City, btw) following my junior year, which left me completely heartbroken and determined to move Iowa-wards. Now, I could have applied to go to UNI (University of Northern Iowa), since the reason they’d moved was because his father took a job as a professor there, but after spending my freshman through junior years at a quirky liberal arts high school, I was motivated to go to a liberal arts college. Considering that I hate driving on the highways, no, I don’t know how moving to a city an hour and a half away from my friend’s family would have actually resulted in me seeing them more. But such is young love, when left to its own devices.

We never even visited Northwestern College, although we did visit Central College–Pella is a Dutch-rooted town with an adorable town square, complete with a Dutch bakery and brightly colored windmills. I may have loved it–since I currently know nothing of the college and at the time only knew that it was a liberal arts college in Iowa, it may be absolutely amazing. But my reasons for applying were clearly deficient.

Regardless of what you think of standardized testing and whether or not they’re biased, I believe that they are biased in some way and also that this bias has always worked out in my favor, for better or worse (at least, in my favor as far as personal academic advancement, not necessarily in the broader, societal sense). So despite being a little dumb about the college application process, I did well enough on the PSAT that I ended up a National Merit Semifinalist and got offered a good scholarship from TU (that included room and board! Woot!) because they were offering that particular package to all National Merit Semifinalists at the time. So going to TU ended up being a no-brainer, despite the fact that it was in Oklahoma, a place where the garish red and orange used by OSU and OU made me determined never to live. Ha.

I got prettttty lucky, and can say that there are no doubt students like me who could use more guidance in their college selection process. So may I direct your attention once again to TulsaKids’ College and Career Planner? My favorite thing about this publication is that there are articles relevant for all high schoolers, not just seniors, so they can start making good decisions regarding their post-high school life as soon as they begin their freshman year. And it doesn’t have to be burdensome–there is some nice, easily-applied advice in here.

As a final note, it may come as no surprise that I had just as little idea as to what to do after college as I did when looking into college. I knew I wanted to study English Literature–no regrets there!–but I had no clue as to how I wanted to use my degree. I ended up thinking that I would start a coffee shop, so it’s not like I didn’t have a plan, but I think I would have definitely benefited from talking to Career Services, which can provide resume help, connect you to job-hunting resources, etc., helping students plan for the next step just as the College Counselor I should have talked to more in high school could have. I FINALLY ended up talking to Career Services at OSU-Tulsa, nearly a decade after getting my undergraduate degree and on the eve of graduating with my master’s in communications, a step I had taken after too many years working in coffee shops (that I did not own, incidentally). If I’d been in the habit of thinking strategically about my future throughout high school, that would have instilled some useful habits when it came to thinking about my career post-college.

The bottom line is, if you want to attend college after high school, take advantage of the resources available to you if possible, whether that be TulsaKids’ College & Career Planner, a college fair, a college counselor, college visits, etc. And maybe use your head a little when applying for colleges, instead of just your heart. 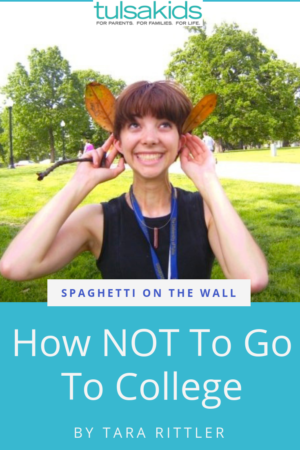