How do you know if your child is gifted? 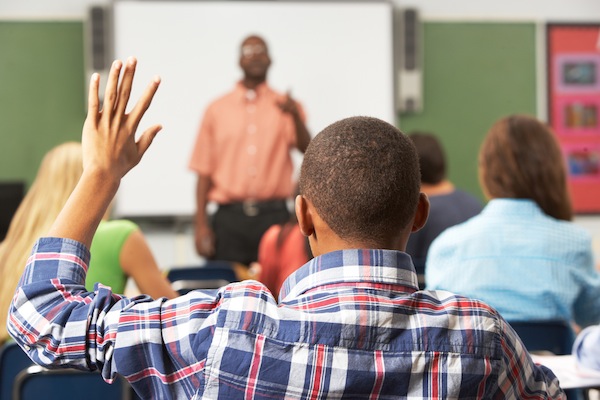 “Many parents and teachers believe that gifted students…have an automatic ticket to success. The reality is much more complicated.”

When Onkur Sen’s mother left a video camera in the backseat of a taxi in India, she knew exactly how to find it: she asked her 3-year-old son if he’d memorized the license plate number. He had, and with a few phone calls, they got the video camera back. Memorizing numbers was the beginning of Onkur’s passion for math. By the time he reached kindergarten, he spent his free time scrolling through Excel spreadsheets and practicing long division. Now 23, Onkur holds bachelor’s degrees in physics and mathematics from Rice University, and he’s finishing his masters in computer science at Stanford.

Many parents and teachers believe that gifted students like Onkur have an automatic ticket to success. The reality is much more complicated. In his book Failing Our Brightest Kids: The Global Challenge of Educating High Ability Students, Charles Finn argues that well-intentioned government programs like the No Child Left Behind Act provide “almost no incentive to a boost a smart kid up the scale,” so schools concentrate their resources on the lowest achievers. At the same time, Finn says little research has been done to determine what educational strategies work best for gifted students. The state of Oklahoma requires that schools provide services for gifted learners, but with only 152 teachers certified in gifted education statewide, these students don’t always get what they need.

The first hurdle is identifying the right kids. Dr. Linnea Van Eman, director of gifted and talented programming at Tulsa Public Schools, is quick to point out that all children are gifted in some way. However, in an educational setting, gifted refers specifically to students who show above average creativity, intellectual ability and commitment to tasks. Teachers and parents shouldn’t confuse that with making perfect grades. “A lot of times, teachers will send a kid for testing because they make straight A’s, they answer lots of questions, and they always do their homework on time,” she says. “That student may be a high achiever, but that’s not the same thing as being gifted.”

To identify gifted students, parents and teachers should focus on behaviors and thought processes instead of grades. Children may show signs of advanced intellectual ability as early as toddlerhood.

“Gifted kids might ask unusual questions. One parent told me her son kept asking ‘how are trees and tires alike?” Van Eman says. “They might also answer questions in really odd ways, but when you ask them to explain, you find that they’ve put together ideas from a lot of different sources.”

According to the National Association for Gifted Children (NAGC), other common characteristics include strong concentration, a large and nuanced vocabulary, learning basic skills with little practice, reading before kindergarten, and an early concern with political and social issues.

Awareness of these characteristics is especially important because gifted students with learning disabilities might not always make good grades. “A lot of us are looking for Sheldon from Big Bang Theory,” says Van Eman, referring to a sitcom character who fulfills the nerdy scientist stereotype. Gifted children with ADHD (attention deficit hyperactive disorder) rarely fit that mold. According to the William & Mary College of Education, these students may have exceptional verbal skills and an advanced ability to understand abstract concepts, but they might be forgetful, disorganized and struggle with basic tasks like spelling. As a result, they may not be identified as gifted, and their frustration can lead to low academic performance and disruptive classroom behavior. Yet, at home, they may be highly motivated to pursue hobbies and interests, which researchers say is a clear sign of giftedness.

Students with other learning disabilities, such as dyslexia or auditory processing disorders, may appear to be functioning at grade level because their intellectual ability masks the learning problem. These students may score highly on aptitude tests but make only average grades, so they are unfairly labeled as underachievers. New research and better teacher training is helping to identify these students, but Dr. Van Eman says parental involvement is crucial. “[Parents] see a lot more of their child than [teachers] do,” she points out. “If they see gifted characteristics at home, they should get in touch with the school.”

Identifying gifted students is crucial because their learning needs differ from their peers’ in three ways. First, they need constant exposure to new material to avoid becoming bored. Second, they crave deep, complex ideas and lessons that require them to grapple with difficult concepts.  Finally, they can master new tasks with less repetition than other students, which means they can move through curriculum faster.

When gifted students don’t receive this type of instruction, their grades may suffer because they have little tolerance for routine, repetitive assignments. In extreme cases, they may even drop out of school. Dr. Van Eman has first-hand experience with this phenomenon: her son left school his senior year to get a GED. “He told the principal ‘you just don’t have anything left to teach me,’” she says. When he got to college, he could focus on the subjects that interested him the most, and he earned his degree with honors. But because colleges, scholarship committees and employers don’t value GEDs and high school diplomas equally, staying in school is often a better solution.

To stave off boredom, parents and teachers should ensure that students get challenging coursework, even if that means sending a second grader to a fourth grade math class or allowing a child to skip grades entirely. Some educators worry that moving a child up will cause social problems, but the NAGC says these concerns are misplaced. Gifted students often gravitate toward their intellectual peers, even if those students are a few years older.

At Penn Elementary in Tulsa, Dr. Van Eman worked with a second grader who was performing at a fourth grade level. “We met with a committee to determine what we should do for him, and we decided to move him up two grades,” she says. “He fit right in because those students could see he was like them, even if he was a little smaller.”

Still, parents, students, and teachers should think through the long-term ramifications of accelerating too far. Onkur — the boy who used to memorize license plate numbers — skipped the second grade. However, when he was offered the opportunity to graduate from high school two years early, he chose not to. “One of my friends did that,” he says, “and the experience didn’t work out well for him socially.”

While a high-achieving second grader might feel at home in a fourth-grade class, a 16-year-old college freshman will be the only person on campus who isn’t allowed to see R-rated movies. Without attending high school, they may struggle to deal with college pressures like sexuality and alcohol.

“My parents wanted me to have a normal high school experience,” Onkur says. “I think that was the right decision.” Rather than skipping his freshman and sophomore year, he took math classes at the University of Tulsa while studying at Booker T. Washington High School. As a junior, he transferred to the Oklahoma School of Science and Mathematics, which offered more research opportunities.

Onkur encourages other gifted students to take responsibility for their learning environments. “If you’re bored, that’s great – it means there’s more you could be doing,” he says. “Your teachers are your first line of defense. They know more than they can fit in the curriculum, so they can point you toward resources you need.”

Dr. Van Eman adds that parents shouldn’t be shy about contacting schools if their students are bored. “The counselor is often the best resource,” she says. “Even if they’re not specifically trained in gifted education, they can connect students with mentors and find ways for them to pursue their interests.”

Extracurricular activities also provide vital enrichment for gifted students. Joining an after-school math team in middle school helped Onkur identify missing skills and motivated him to learn more on his own. In high school, his father insisted he join the speech and debate team. “I didn’t want to do it,” he recalls, “but I immediately felt like I belonged…it was a judgment-free zone with lots of people I could talk to.” He credits speech and debate, along with an outstanding middle school English teacher, with giving him the skills he needed to finish his math degree. “At the higher levels, math isn’t really about calculation. You have to be able to explain how you reasoned your way through the problem,” he says. Even the most gifted students can’t know what skills they’ll need later, so Onkur cautions, “You can’t just focus on what you’re good at right now.”

However, because gifted students can build their identity on being good at everything they do, they may need a little push from parents to try new subjects or activities.  “Gifted kids are very passionate, so you can’t force them to do things they have no interest in,” Dr. Van Eman says, “but you can teach them to develop a ‘growth mindset’ where they want to try out new skills.”  If the new activity doesn’t come easily, parents should encourage them not to give up too quickly. “Don’t let them quit soccer after the third game,” she says. Instead, they should finish the season. If they still don’t like it, they can choose a different activity next year.

Ironically, praising children for being smart can cripple their academic performance later in life. “If you tell kids how smart they are, that defines them. They shut down if they do something they don’t perceive as smart,” like making a bad grade on a test or struggling in a class, Dr. Van Eman says. This often happens in high school, where gifted students may encounter challenging material for the first time. Parents are baffled when their high achiever suddenly makes average or below average grades. Dr. Van Eman suggests that parents look out for “crippling perfectionism” early, such as a child who refuses to ask questions or erases whole words after writing a single letter incorrectly.

Rather than praising talent or intelligence, parents should focus on hard work and dedication. In her book Mindset, Dr. Carol Dweck explains that these characteristics “create resilience and a love of learning that is essential to great accomplishment.”  Parents and teachers might be inclined to praise a child for finishing a math worksheet quickly and getting all the right answers, she says, but a better response would be “it seems like that was too easy for you. Let’s find something more challenging next time.”  Dr. Van Eman says that praising specific decisions or behaviors can also be helpful. “Don’t say, ‘oh what a beautiful picture!’” she advises. “Instead say, ‘I love the way you used different shapes and colors.’”

Most importantly, parents shouldn’t get too focused on the ‘gifted’ label — something that’s all too easy in an era of helicopter parenting and competitive college admissions.  If a child isn’t selected for a gifted program, Dr. Van Eman encourages parents not to be disappointed. “Ultimately, this is about getting your child the instruction that they need,” she says, “whether that’s in a gifted class or not.”

Onkur echoes her advice. “As you get older, who you can communicate with matters a lot more than what you can do,” he says.

Is My Child Gifted? Common Characteristics of Gifted Individuals

From A Parent’s Guide to Gifted Children by Edward Amend, James Webb, and Janet Gore