This local children's band is releasing their first CD in February--Joss has given it an enthusiastic stamp of approval.

One of the highlights of Joss’s week at school is, without a doubt, Music with “Mr. Symon,” also known as Symon Hajjar, leader of local band Hot Toast Music Co. While I’ve never sat in on a music class, I do get some details from the daily class email, and know that music class with Mr. Symon often involves making instruments, dancing with scarves, learning about nature and kindness, a lot of giggles, etc. The classes are very interactive, with songs often being written on the spot, depending on the kids’ interests, and different activities each week.

So when Symon and his band were recommended to us as possible performers for TulsaKids’ 30th Birthday Bash last year, I knew that would be a wonderful addition to the festivities. If you weren’t there, our Birthday Bash was held at Guthrie Green, with performances by both Hot Toast Music Co. and Spaghetti Eddie. But not only did Hot Toast Music Co. bring the music, they brought about three tables worth of homemade and creative items that the kids could explore during the set, including slime, a wall of noisemakers, craft supplies, and more. (I was running around taking photos for social media, so I didn’t get a good look at everything…but the kids in attendance definitely loved it!) Since then, Hot Toast Music Co. has been performing more around town–they’ve done a couple shows at Kiddlestix and headlined Gathering Place’s Fall Festival–and in February, they are releasing their first album, “Let Me Hear Your Voice”! 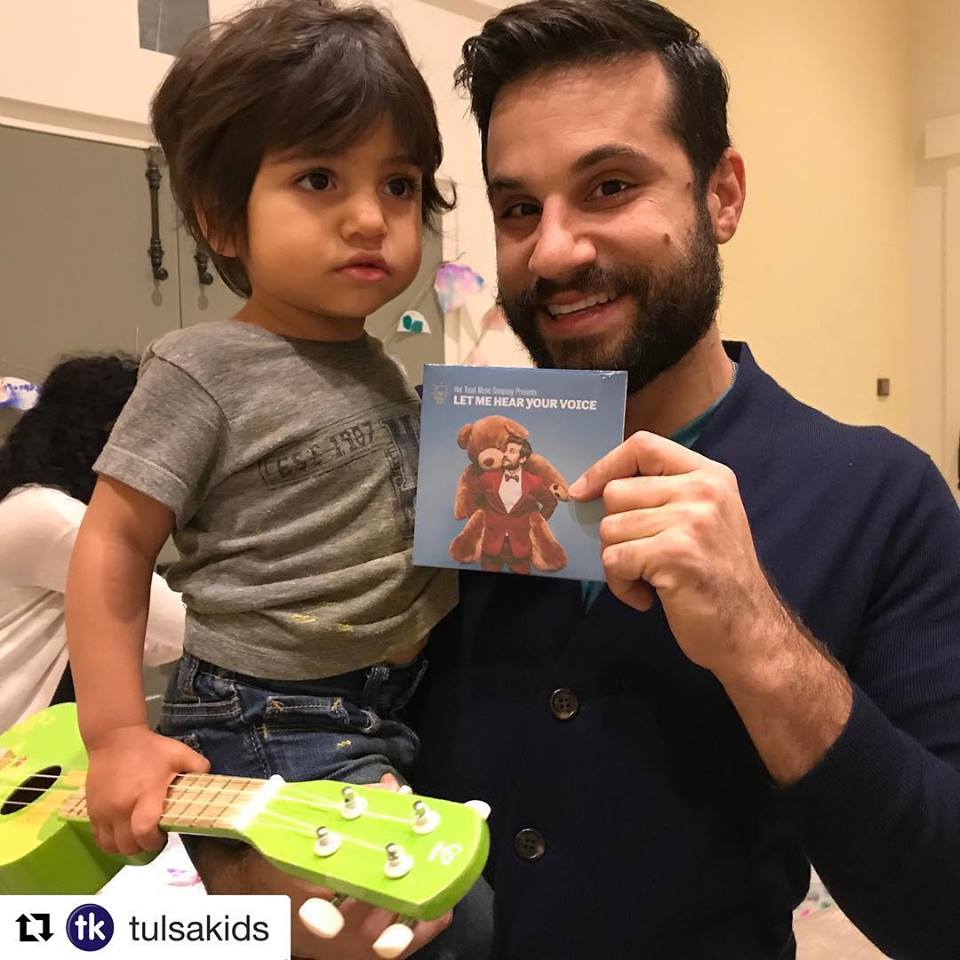 Mr. Symon and his younger son

Now, this album is special to Joss and I not only because Joss already knows most of the songs and enjoys singing along, but because we got to participate in its recording! Several months ago, Symon and his wife, Princess, invited the kids from Joss’s school to take part in a recording session. It was pure chaos and joy–and Joss was not the most cooperative of voices. But any time you hear children singing or yelling in the background (for example, on “Hot Toast!”) his little voice may be among them.

Because the Hajjar family is so involved at Joss’s school, we were lucky enough to get a copy of the album before Christmas (see below for full details about the upcoming album release party/concert). I asked Joss what his favorite track was, and it is “The Beard Song,” a goofy song all about the weirdness of beards–but also, according to Mr. Symon, in our February Green Country Grown-Up article, “about how being different is something that should be celebrated.” I think it’s safe to say that Joss’s favorite line is the one that goes, “Should I shave it off and save it?” in response to which the kids know to respond, “EWWWWWWWWW!!!!!” Haha. My husband recently asked Joss if he should shave his beard or not, and Joss replied, “No, because shaving it off and saving it is yucky.”

In addition to light-hearted fare like “The Beard Song” and “Hot Toast!” the 8-track album also features songs that can teach children important lessons about kindness, the power of using their voice, etc. For example (track 7), “If you want to be strong/then be kind to everyone/’Cause there’s going to come a time when it’s hard to be nice/So remember what it means to be strong./If you see someone fall/Stop and help them up/And tell them that it’s going to be okay./Use the power of your words/To make someone feel good/’Cause this is what it means to be strong.” So the whole album is incredibly positive and full of messages any parent would want their kid to hear!

On another note, TulsaKids’ editor Betty Casey and I got to listen to Nancy A. Moore’s interview with Symon and Princess for February’s Green Country Grown-Up article. We were sitting in our respective offices working on other things, but couldn’t help but eavesdrop on the conversation because the Hajjars had such beautiful things to say about parenting, their reasons for producing this kind of music, being inspired by their sons, etc. It’s possible we teared up a couple times. You can read the finished article here. 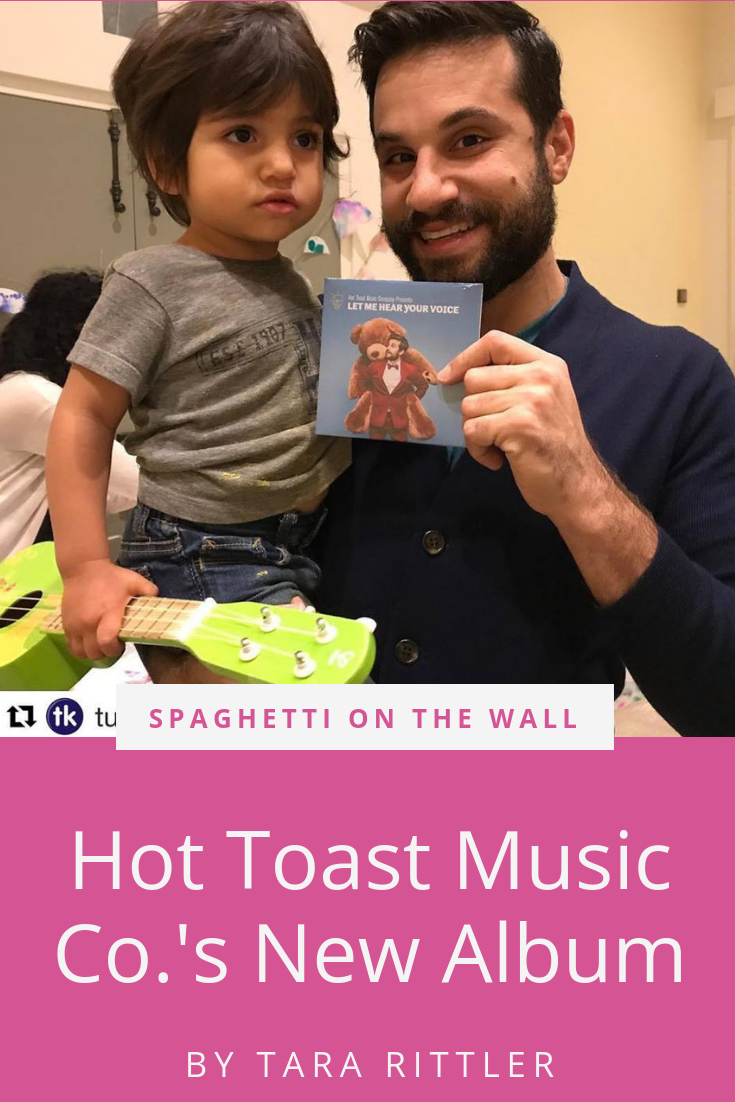