Holiday Traditions: A Claus for Debate

Tulsa families share why they have encouraged their kids to believe or disbelieve in Santa.

Reader advisory: This piece is about Santa Claus traditions. It includes a variety of grown-up perspectives about Santa. Please take that under advisement if you are reading with or around children.

Santa is a magical mainstay for many Americans who celebrate Christmas, but some families have chosen to avoid that particular seasonal tradition. So why do some parents prefer “ho, ho, ho” while others prefer to say “no”?

In our case, including Santa in our family’s Christmas celebrations felt less like a conscious parenting choice and more like a natural continuation of the traditions we loved as children. Sarah Vespasian is a mom of two who says that Santa also plays a big role in her childhood memories, so she was happy to pass that tradition on to her sons. 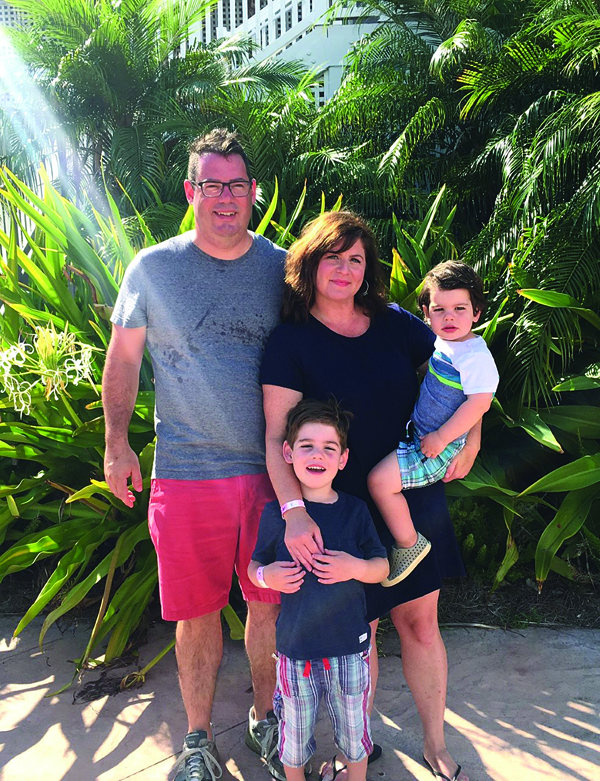 “Growing up, we were super into Santa at our house,” says Sarah. She has warm memories of waking up on Christmas morning to unwrapped gifts from Santa under the tree. It was a tradition her late mother took delight in, and now Sarah is embracing the opportunity to give her boys similar Santa memories of their own.

But her kids aren’t the only ones who enjoy the experience. Sarah and her husband, Grant, also look forward to the big reveal. “Because our Santa gifts aren’t wrapped, you get that immediate reaction [from the kids],” says Sarah. “It’s so fun.”

Tulsa mom Heather Johnson grew up with Santa traditions in her home, too, but in third grade, when she discovered the same special wrapping paper that was reserved for Santa’s gifts in her parents’ bedroom, she remembers understanding very clearly what that meant. 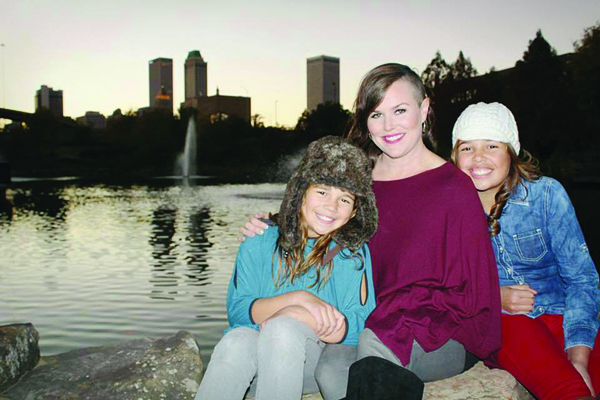 “It honestly kind of crushed me,” says Heather. “I would secretly feel sad [on subsequent Christmases] because it wasn’t as magical.”

Still, because it was such a familiar tradition, she always assumed that when she became a parent she would introduce her kids to Santa. However, her daughters’ father grew up in a home that did not participate in Santa traditions. When they talked about it, he told Heather that he was not interested in telling their kids about Santa because he saw it as dishonest.

“The more I thought about [the wrapping paper experience] and how it affected me, [the more] I agreed with him.” Heather says she still fills stockings and leaves unwrapped gifts under the tree, but she has always been clear with her children that she is the one leaving these presents.

Tim and Karen Bickers have four young children, and the couple has also chosen to abstain from Santa gifts. The Bickers are practicing Christians who say that celebrating the Christmas holiday is important to their family, but that Santa traditions can feel problematic. 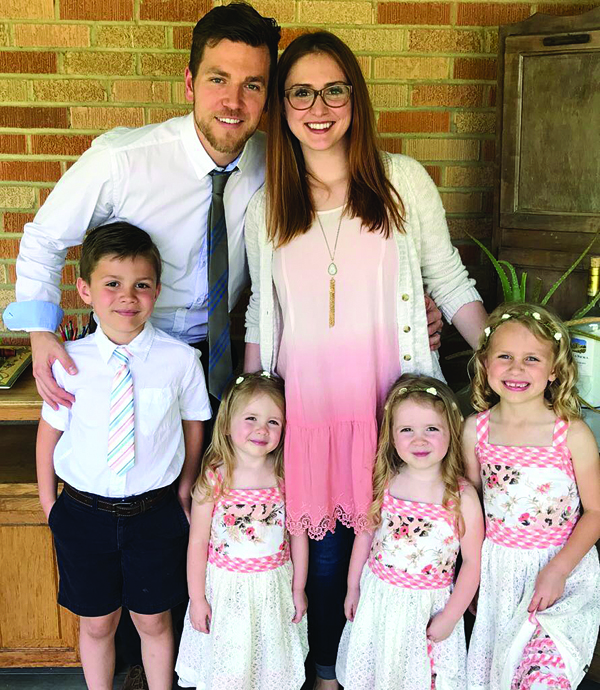 Karen is a Tulsa-based nurse and Tim works with an organization that provides humanitarian assistance in Zimbabwe. He travels to Africa every few months and Karen and their son, Timmy, have recently accompanied him. Karen explains that the family’s connection to Zimbabwe and their first-hand insight into the poverty that many children there face helped inform the position they take on Santa in their own home.

“Many of our close friends who live [in Zimbabwe] feel like family,” says Karen. “How could we explain to our kids why Santa bought them gifts and didn’t bring gifts to their African friends?”

Whether or not Santa is a part of your family’s holiday celebration, at some point most kids will find themselves navigating an environment where some children believe while others do not.

“We use [that situation as an] opportunity to teach a life lesson of kindness, being gracious, and humility,” says Karen. “It is never our job to tell people what to believe or to prove other people wrong. We also tell our kids that it is the responsibility of each child’s parents to tell them about Santa, not theirs. So if someone asks them what they got from Santa, they can just smile and tell them what their parents or family has given them.”

Heather says she explained to her children that different families celebrate Christmas in different ways. “I wanted it to be like our family secret, so they wouldn’t ruin it for anybody else,” she says.

Dr. Johna Smasal is a clinical psychologist and mother of two elementary-aged kids. Johna and her husband, Dave, have welcomed Santa traditions into their home, but say they are careful to approach skepticism in a way that encourages critical thinking.

“Dave and I have walked the line a bit with our kids,” says Johna. “We’ve never insisted on the existence of mythical creatures, but we do practice Santa, the Tooth Fairy, and the Easter Bunny.”

It’s normal for kids to ask practical questions about Santa, like how he can visit so many children in one night, or why he seems to be all over Tulsa in the weeks leading up to Christmas. Some parents help their kids imagine magical solutions to these practical concerns, while others prefer to answer directly or ask follow-up questions.

Johna says that when her kids have expressed concerns about real-world logistics, she will put the questions back to them with responses like, ‘How do you think there’s a Santa at Philbrook and also at the mall on the same day?’

“We have the Elf on the Shelf,” says Sarah Vespasian. “…which is a giant regret for me,” she adds with a smile. “He moves from spot to spot in the house, and he goes back to Santa every night to tell him if you’ve been naughty or nice. So we akin the role of multiple Santas [around town] to the Elf on the Shelf.”

I distinctly remember a moment last December when my husband and I were huddled at the kitchen table trying to decipher one scribbled line on our son’s letter to Santa. It was slotted neatly in between the other lines of deliberate and entirely legible print. Finally, we gave up and called him over.

“Hey buddy,” I said. “I think you might want to re-write this. See this part here? It’s hard to read, and we wouldn’t Santa to misunderstand.”

“Santa is magic, so he will know,” our then 7-year-old son replied sagely, almost as if he had been expecting the question. “Santa will know.” Then he turned and walked away.

And that is how Santa was tested in our house. No fanfare, no tears. Just scribbles.

Sarah also has a clear memory of how she came to understand her parents’ role in her own magical holiday experiences.“It was raining, and the Easter Bunny left us a note that said the eggs were inside. I noticed the note was in my mom’s handwriting.” The Easter Bunny revelation led Sarah to question the existence of Santa.

On that December day at our kitchen table, I remember feeling a twinge of sadness, but some part of me knew that this was exactly how this was supposed to go. My husband and I want to raise critical thinkers, and here was an example of that in action. Our son had developed a hypothesis and devised his own kind of experiment to test it.

“Finding a balance between teaching children to be scientific thinkers while maintaining the enchantment and magic of childhood is very difficult,” says Johna. But, she says, there are benefits to navigating those difficulties. “Holiday traditions that incorporate cultural myths build precious memories that strengthen relationships and bring family members of all ages together.”

In the end, it’s important for each family to cultivate an approach that works for them based on their shared values and worldview. This Christmas, we’ll be talking to our kids about gratitude, generosity, and privilege — and I will also be reminding them that that it never hurts to “be good for goodness sake.”